Who Is Hope (Alexa Mansour) on The Walking Dead: World Beyond?

When The Walking Dead: World Beyond premieres later this year, fans of TWD Universe have so much to look forward to. There's more information about the CRM, the mysterious, potentially evil organization that took Rick away in his final episode. There's an expanding universe with new mythology following the first generation raised in a surviving civilization of the post-apocalyptic world.

But at its heart, The Walking Dead: World Beyond is about the journey of two sisters, Hope and Iris, and their friends, Silas and Elton, who leave their home, each searching for something different. With the show on its way this year, we're breaking down what we know about each of these exciting young friends, along with the rest of the characters in the series. Here's what we know thus far about Hope, one of the two sisters, and the actress who plays her, Alexa Mansour:

Hope is Iris’ rebellious, trouble-making, fun-loving sister. Convinced the world is doomed, Hope lives for today, shunning responsibilities in favor of partying and having a good time. But underneath her carefree, live-for-today attitude, Hope is haunted by a dark secret, something she’s kept hidden from her sister and the others around her.

While her sister Iris follows in her father's footsteps in trying to save the world, Hope is more likely to flout authority. 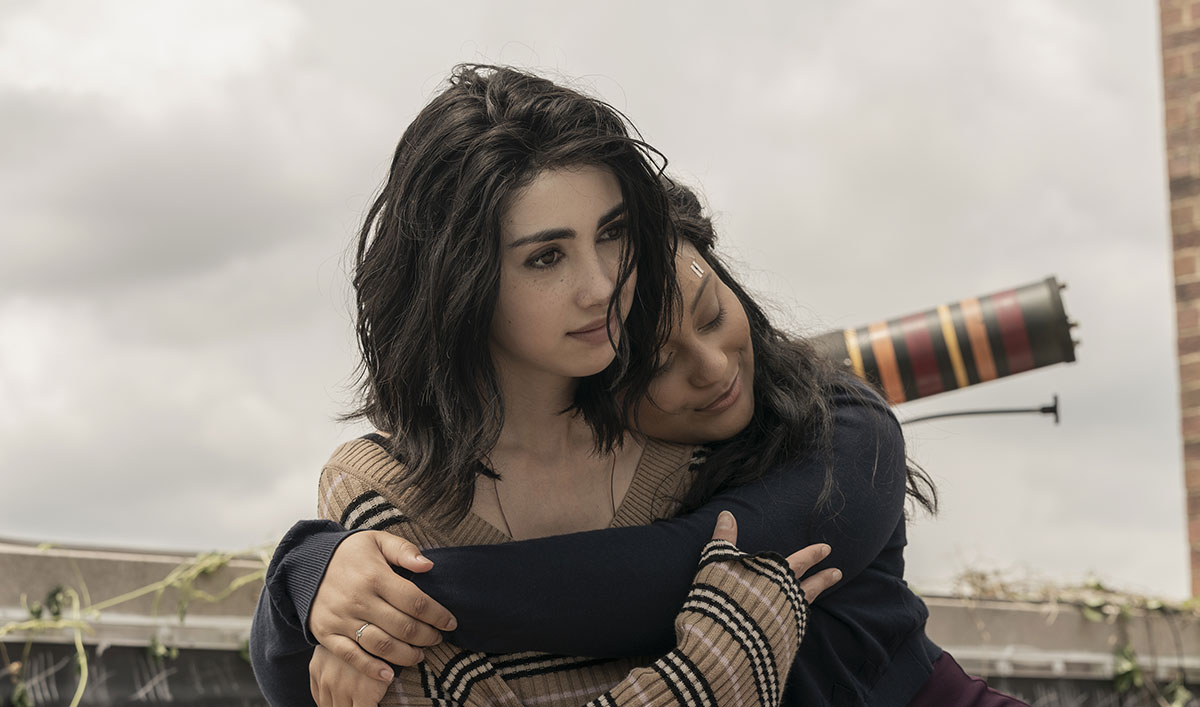 "Hope has accepted the fact that she’s a degenerate who’s not going to amount to anything and the world’s going to go to crap, whereas Iris tries to come off as very positive. They’re both special in their own ways," says Mansour.

Her castmates echo these sentiments. Aliyah Royale calls Hope a "wilcard," and Annet Mahendru (Huck) says she's "the rascal." As for Nico Tortorella (Felix), he thinks Hope is an "asshole."

Hope's insistence on flouting authority seems to have no limits. She doesn't trust the CRM, the Civil Republic Military, led by Elizabeth (Julia Ormond). She tells her sister, in a teaser for she series, "They are bad people, Iris!"

The two sisters were raised together in the Campus Colony of Omaha, a highly-developed, safe community that is one of the infamous three rings that have appeared throughout the TWD Universe (along with the aforementioned CRM). Their father also adopted Felix, a security officer.

When an unexpected incident leads Iris on a cross-country journey, Hope joins her. The mission will compel Hope to confront the things she’s done, and re-examine how she sees herself and the world around her.

Who Is Alexa Mansour?

Unfriended: Dark Web from director Stephen Susco. She also starred in the MarVista ensemble thriller #Squadgoals. Next up, Mansour will be seen in the independent feature film She’s in Portland, opposite François Arnaud and Minka Kelly.

On the small screen, Mansour was last seen in guest lead roles on CBS’s Madam Secretary and Bull. She also appeared in notable recurring arcs on CBS’ Seal Team (opposite David Boreanaz), FOX’s The Resident (directed by Phillip Noyce), and most notably, as the troubled Faiza Assaf in ABC’s critically acclaimed How to Get Away with Murder.

Alexa made her television debut in 2014 as the guest lead in Law and Order: SVU’s season 16 premiere, which boasted the highest ratings for a premiere episode in seven years.

When Alexa is not acting, she continues to create as a talented singer-songwriter and pianist. She released her freshman single entitled “Misguided Youth” in 2018.

Who Is Iris, Hope's sister, and Aliyah Royal, the actress who plays her? Click here to find out everything we know so far.

Next On The Walking Dead: World Beyond: Season 1, Episode 9

Don’t miss the season finale of The Walking Dead: World Beyond, Sunday, November 29 at 9/8c.

The Walking Dead: World Beyond: The Opening Minutes of Season 1, Episode 9

Inside Gangs of London: The Soldier

The cast and creators discuss "rockstar in the making" Sope Dirisu and the rise of his ruthless character Elliot Finch in Season 1.

Next On Fear the Walking Dead: Season 6, Episode 7

Don’t miss the next episode of Fear the Walking Dead, Sunday, November 22 at 9/8c.

The Walking Dead: World Beyond Q&A – Annet Mahendru Sheds Light on Huck’s Past