Ever since mysterious helicopters first flew through the skies of The Walking Dead, they’ve been one of the ever-expanding TWD Universe’s most intriguing secrets. But nothing did more to elevate the speculation to a fever-pitch than when Anne brought one of those choppers down from above to save a dying Rick and scoop the old hero off to an undisclosed location in his final episode.

The true location of Rick Grimes and what he’s been up to likely won’t be revealed until the Rick Grimes standalone movies premiere, but when it comes to who exactly those helicopters belong to (and what the three-ring symbol that has popped up on the helicopter themselves as well as elsewhere throughout The Walking Dead and Fear the Walking Dead means), answers have been trickling in over the years.

The Walking Dead: World Beyond, premiering later this year, is set to answer some of these questions, and connect some of the threads that bind the helicopters, the three rings, Rick, Althea from Fear the Walking Dead, and more together. Rick, while not directly involved, does indeed relate back to the newest series in The Walking Dead Universe. So now the question is: how exactly? Well, it all begins with those helicopters.

The helicopters periodically buzzing over Rick’s head weren’t always a fact of life for TWD. The first time they appeared overhead, Rick was journeying to the Scavengers’ junkyard lair to enlist Anne’s (then known as Jadis) help in the fight against Negan and the Saviors. While Rick was puzzled that somebody could fly a helicopter, he didn’t really investigate (big mistake). Unbeknownst to Rick, that helicopter was likely leaving a meeting with the very people he was going to going to negotiate with. The next time Rick would see a helicopter, he’d be riding inside of one. 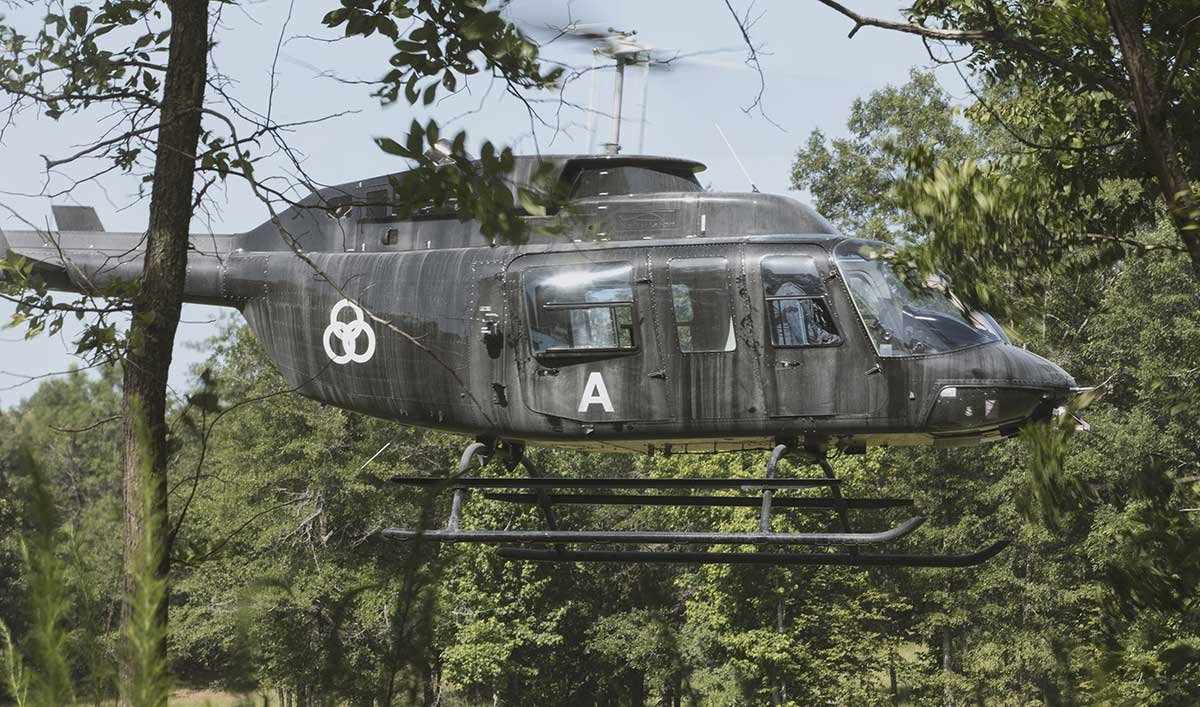 The mysterious symbol of three interlocking rings first appeared on the helicopter that whisked Rick away in Andrew Lincoln’s final episode. Later, on Fear the Walking Dead, Althea makes contact with another helicopter bearing the symbol. At last year’s New York Comic Con, The Walking Dead Universe Chief Creative Officer Scott M. Gimple confirmed that the symbol represents “three different civilizations that are bound and entwined in some ways and in some ways very different.” In a teaser for The Walking Dead: World Beyond, the symbol is seen uniting the three series.

We know at least two of those civilizations. One of the three — the one with the helicopters — is known as the CRM. These letters, were first seen written on documents carried by Isabelle on Fear the Walking Dead and confirmed later by Gimple. We don’t know a ton about them yet but they are a large and formidable force (led on The Walking Dead: World Beyond by Elizabeth (Julia Ormond)) with technology and geographic reach — from Texas to Virginia to Nebraska — far beyond anything else seen in the TWD Universe. 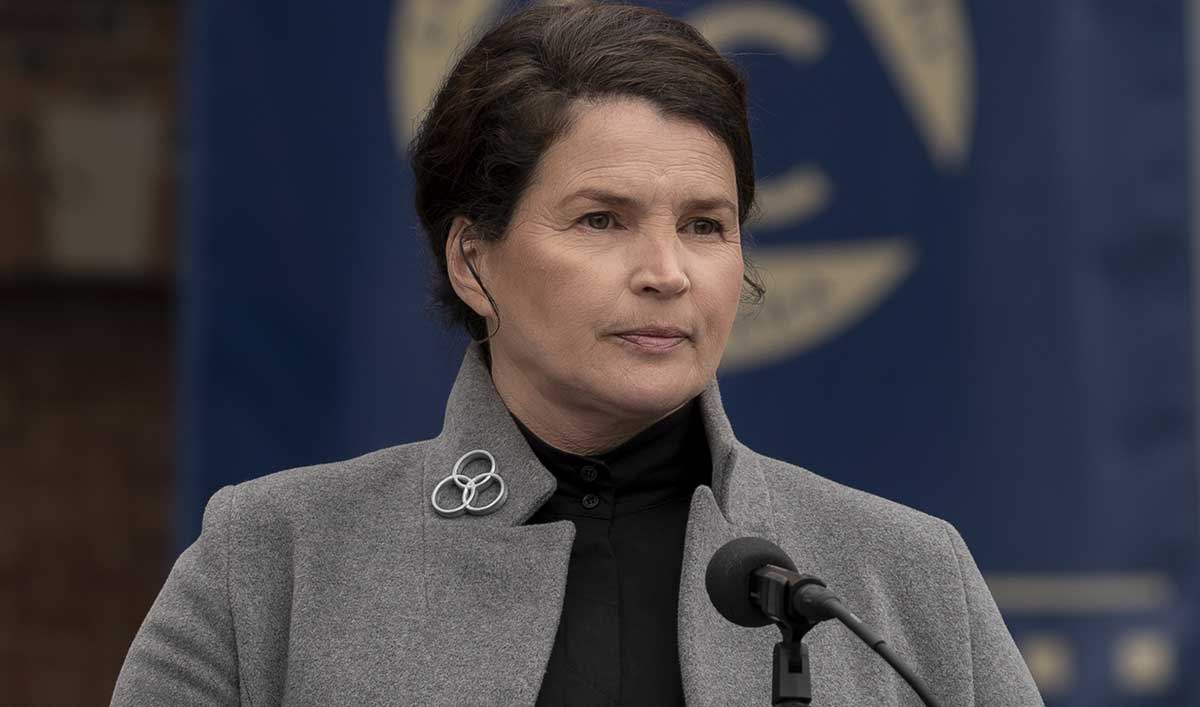 Are they good guys? Well Anne thought they would save Rick’s life, which is a start, but CRM pilot Isabelle says, “We are a force who are not living for ourselves or for now,” which sounds rather ominous. The characters of The Walking Dead: World Beyond feel a bit more biased against the CRM, as one of the young survivors at the center of the story, Hope, says “They are bad people.”

The other known part of the three civilizations as represented by the three things is the Campus Colony of Omaha, where the rest of the cast of The Walking Dead: World Beyond makes their home. The community symbolized by the third ring is yet unknown.

Where Did Rick Go

In Rick’s final episode of The Walking Dead, he makes a desperate attempt to save a bridge that linked the communities, by leading away a walker herd that would’ve toppled the structure. During the mission, he was badly wounded and unable to lead the herd away. With the mass of walkers still oncoming and putting a camp full of survivors and Rick’s life work of protecting his friends in danger, he engages in one last heroic act. With Michonne and his friends watching, he blows up the bridge with dynamite intending to sacrifice himself, and appearing to do so to all those watching.

But Rick is actually blown clear into the river and washes up on a distant bank. Desperately wounded, he’s found by Anne who, as we know, has a business relationship of sorts with the CRM. She calls the CRM over a walkie-talkie and says “I have a B. Not an A. I never had an A. He’s hurt but he’s strong. Can you help him?” The answering representative of the CRM on the walkie warns Anne “there’d be consequences if you tried something,” but eventually sets down the helicopter and whisks Rick away to a CRM facility where his life can be saved. 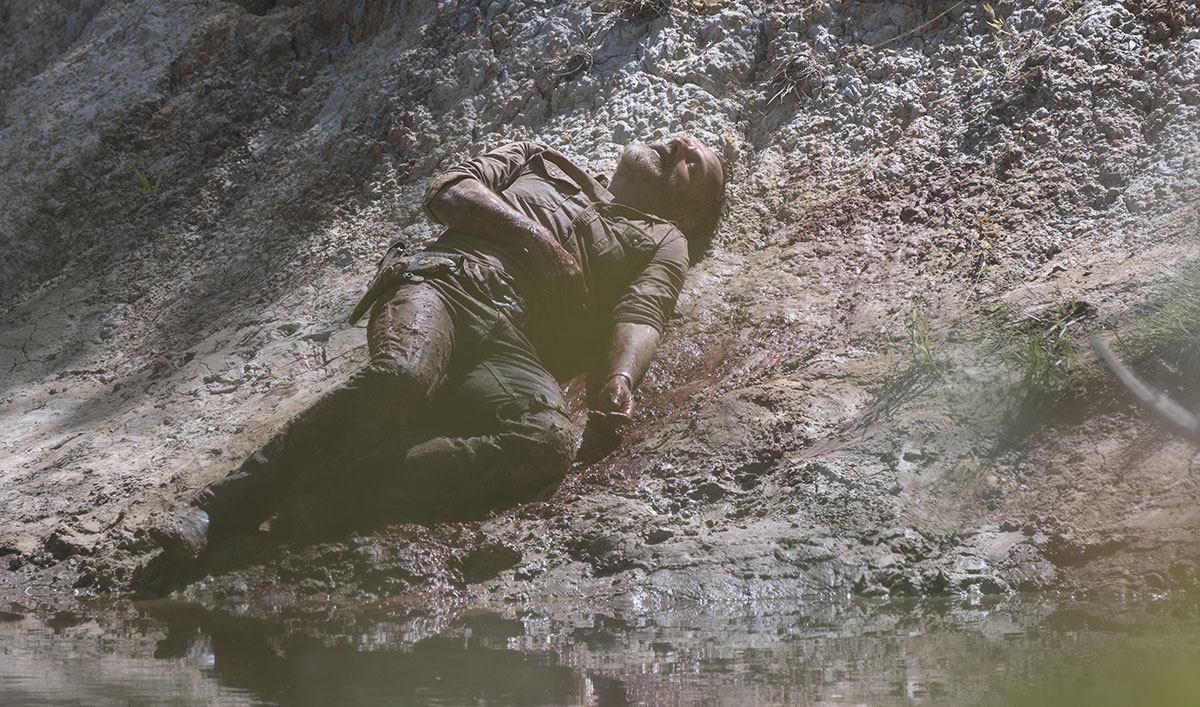 The CRM will undoubtedly be delved into further on the The Walking Dead: World Beyond, and we’re likely to learn more about their aims, goals, and how they’ve acquired their awesome technology (for the apocalypse). As for Rick, he’s alive and well as far as we know, and in her final episode of The Walking Dead, sets off in search of him after finding his boots and a carving by Rick suggesting that he’s still alive. More answers will likely have to wait until the Rick Grimes movie.