How Does Anne (Jadis) Relate to The Walking Dead: World Beyond and the Larger TWD Universe

When Rick Grimes was shepherded away to an unknown location alongside Anne (formerly known as Jadis) aboard a helicopter in Andrew Lincoln's final episode of The Walking Dead, it was one of the most iconic and important scenes in the shows's decade-long run. But the moment was also a cornerstone for the growing TWD Universe and the many shared connections among The Walking Dead, Fear the Walking Dead, the Rick Grimes movies, and the upcoming series The Walking Dead: World Beyond.

The surprising figure who is intricately involved in the locus of this universe is none other than Anne, the one-time leader of the Scavengers, the society who lives in an old garbage dump. With The Walking Dead: World Beyond premiering later this year and expanding the universe even further, we broke down everything you need to know about Anne's connections to the wider world that is about to unfold.

The CRM is one of three civilizations represented by the three-ring symbol seen on the helicopter that Anne calls in to take Rick away. That symbol, according to The Walking Dead Universe Chief Creative Officer Scott M. Gimple, represents "three different civilizations that are bound and entwined in some ways and in some ways very different."

Thus far, another community is known to be part of the three things: the Campus Colony of Omaha. This is the place the kids at the center of The Walking Dead: World Beyond call home. The third civilization represented by the rings had not be identified.

Anne's Relationship With the CRM: A or B?

Anne procures people for the CRM in exchange for supplies. People are kidnapped, labeled "A" or "B," and then taken to a helicopter where the CRM takes them away. It's not clear what the CRM does with the people she kidnaps, but "B" is likely positive based on what she says about Rick "I have a B. Not an A, I never had an A. He's hurt but he's strong, can you help him?"

More: Watch Rick and Anne Leave With the CRM:

In return for supplying the CRM with people for their own potentially nefarious purposes, Anne initially received supplies. After the rest of the Scavengers were murdered by the Saviors, she changed her goal and hoped to be taken to the CRM facility herself in exchange for her services. It's not know exactly how many people Anne supplied to the CRM, but she either kidnapped, or attempted to kidnap, a few key survivors:

Anne and Rick's relationship is fraught, to say the least. She abducts him twice (though all's well that ends well, we suppose), but the second time Anne holds Rick hostage, she conspicuously does so inside a container that is marked with an "A," suggesting that he is indeed earmarked for extraction to the CRM years before his eventual medevac in the helicopter. 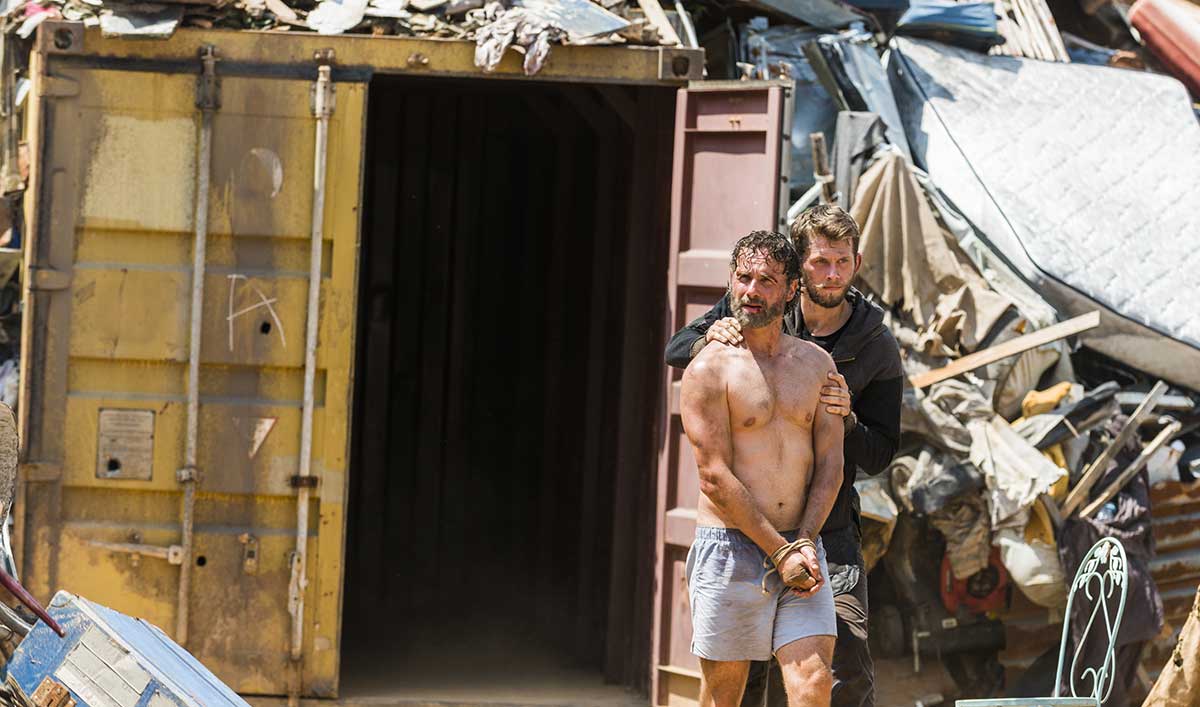 Yes, Anne wanted to send Gabriel to the CRM (or perhaps bring him along when she herself was evacuated). After sneaking back to her old lair at the junkyard to find her long-range walkie, she contacts the CRM who ask whether she has an "A or a B." She asks for an extraction for herself and claims she's paid her dues, but the man says for their deal to be on she'll need an A, and she promises them one tomorrow. Anne finally comes clean to Gabriel as to what she's been doing, and asks him to go to the CRM facility with her, but Gabriel refuses. "All this time, I thought you were a B," she tells him before knocking him out and leaving him behind for good. 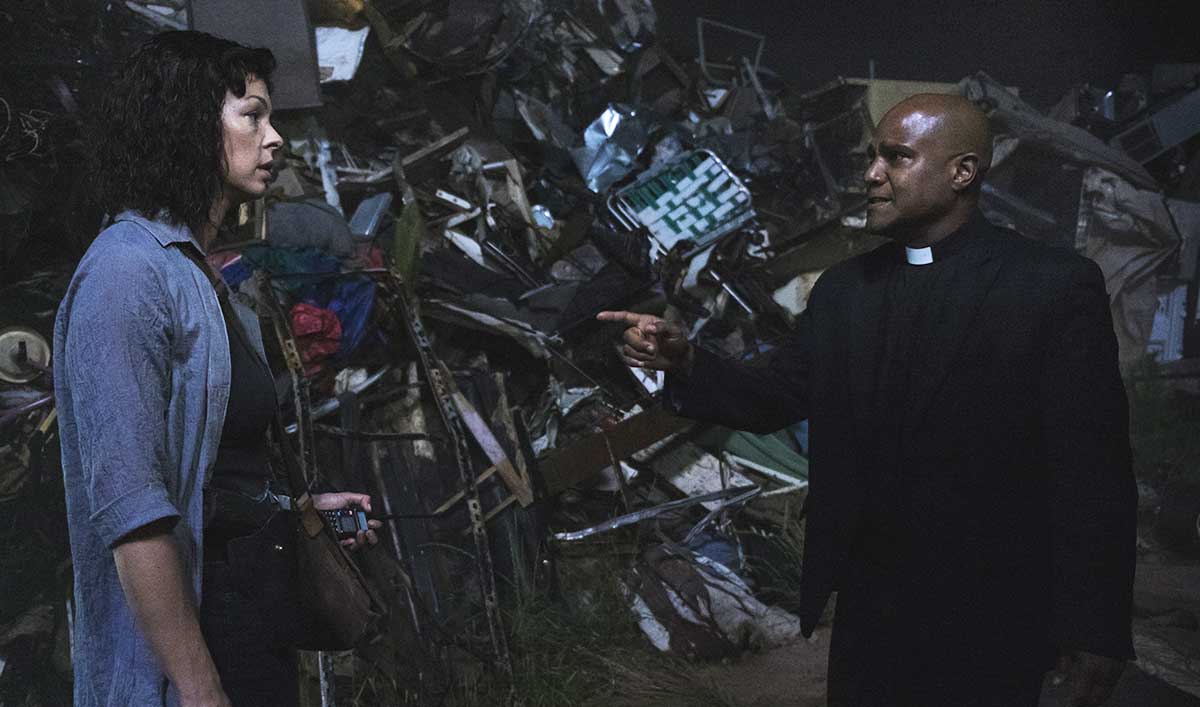 This survivor who mysteriously disappeared while on a mission with Tara, was actually abducted by Anne and traded to the CRM. After being separated on a dangerous mission from his compatriot, TWD showrunner Angela Kang confirmed he was captured and bartered to the CRM as part of Anne's deal. 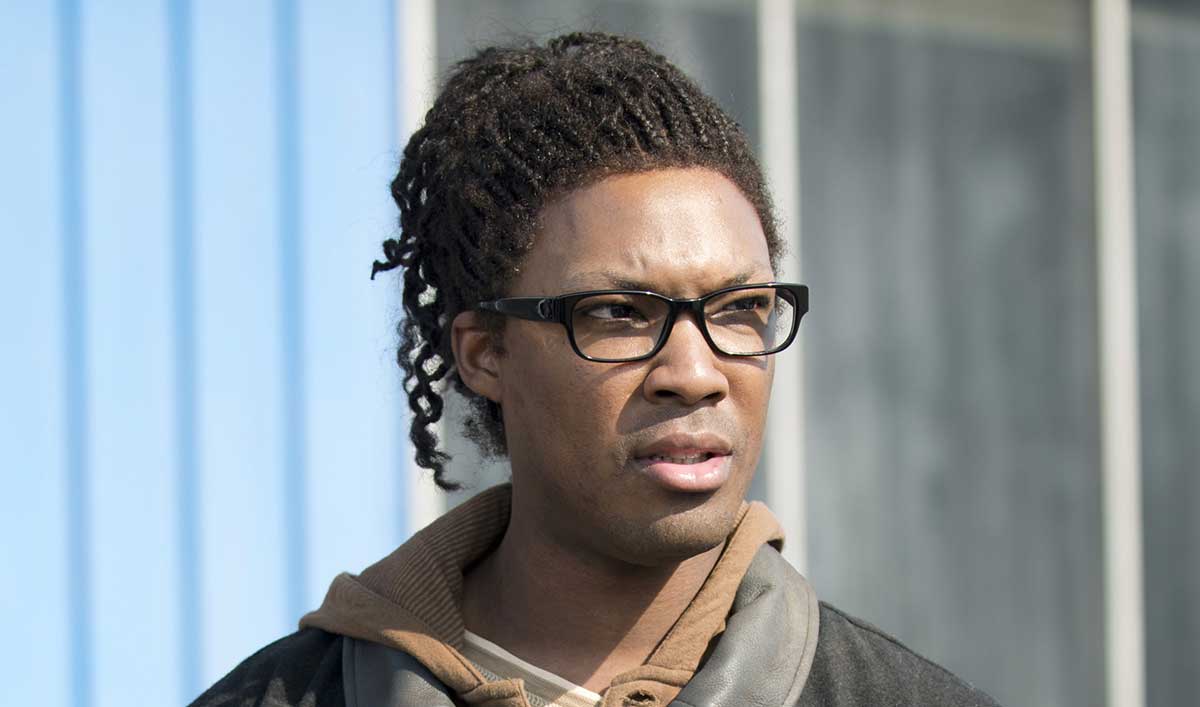 When Anne finally negotiated her escape to wherever the CRM hangs its hat, things were complicated by Rick himself. In Rick's final episode of The Walking Dead, after he makes a life-changing attempt to salvage a bridge under siege from a horde of walkers, he's near-mortally wounded. Even at the potential cost of his life, Rick tries to save his family and friends by blowing up the bridge and killing the walkers with dynamite. The force of the explosion knocks Rick into the river, leaving him alive but near-death, and places him right in Anne's path as she waits to hitch a ride with the CRM. While she waits, she radios and pleads for the CRM to save him. After a reprimand from the voice on the other end, the helicopter takes Anne and Rick away to an unknown CRM location. This isn't the last we'll see of the CRM, as they are one of the driving forces, and perhaps the primary antagonists in World Beyond. 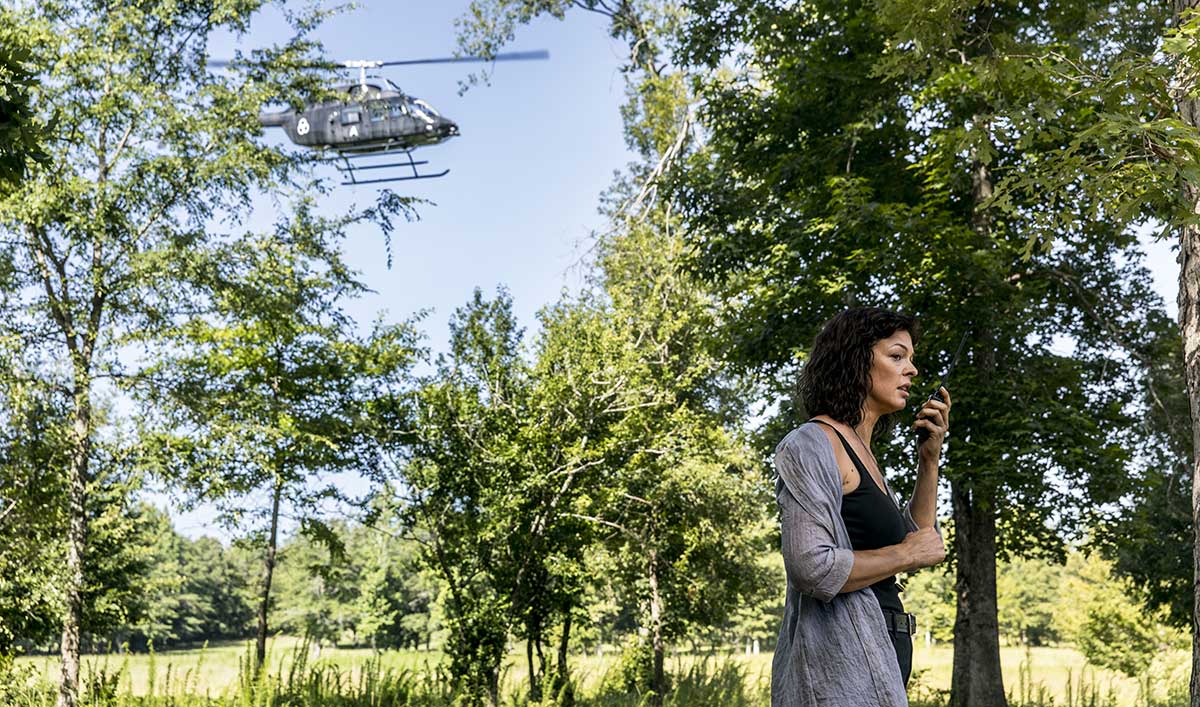 Rick and Anne's stories and their relationship to the CRM are inextricably tied together, and could be resolved in the Rick Grimes movie. Anne had the closest relationship with the CRM out of any TWD Universe character, and we're already learning more about the CRM as more information rolls out about The Walking Dead: World Beyond.

How Exactly Does Rick Tie Into The Walking Dead: World Beyond?

Click here for a full breakdown of how Rick relates to The Walking Dead: World Beyond and the larger TWD universe.

Al knows Isabelle, the only member of the CRM we've met on The Walking Dead or Fear. Click here to see how and find out how she relates to The Walking Dead: World Beyond and the larger TWD universe.