Ride Travelogue: Here's How to Follow Norman’s Footsteps From Kyoto to Osaka

"The art of mastery. It entails precision, and painstaking devotion, an astute dedication to detail, and aspiration to set a higher standard," says Norman Reedus in Ride With Norman Reedus Episode 3. Nowhere is the art of mastery more evident in Japan than in the old-world cultural traditions found in Kyoto and Osaka. Norman meets up with friend from the Comic-Con circuit and This Is Us star, Milo Ventmiglia, for a ride exploring old-world Japan. Discover how to follow in their footsteps below:

Founded in the 17th century as a sacred site, the temple is now home to one of Kyoto’s hidden culinary gems: a relaxing bar overlooking the pristine zen garden. The temple also features a fucha ryori restaurant, offering vegan buddhist cuisine in the same parlor where, centuries ago, the temple priestess used to entertain guests to the shrine. It’s the perfect place to honor one of best representations of Japanese old world mystique: the Geisha. A professional performing artist, a Geisha accompanies and entertains guests at various events, with strict adherence to ancient traditions in Japanese dance, singing, art and communication. During his time in Japan, Norman is joined by Geiko Tomitsuyu, who has documented some of her experiences as a Geisha here.

Another revered Japanese tradition, Norman describes Sumo wrestling as "the perfect mix of ceremony and spectacle." While Norman stops by the Kyoto University Sumo Wrestling club to learn from students training in the sport, visitors to Japan can watch professional sumo matches in one of the six tournaments normally held every year. Learn more about how to see a sumo match for yourself here. 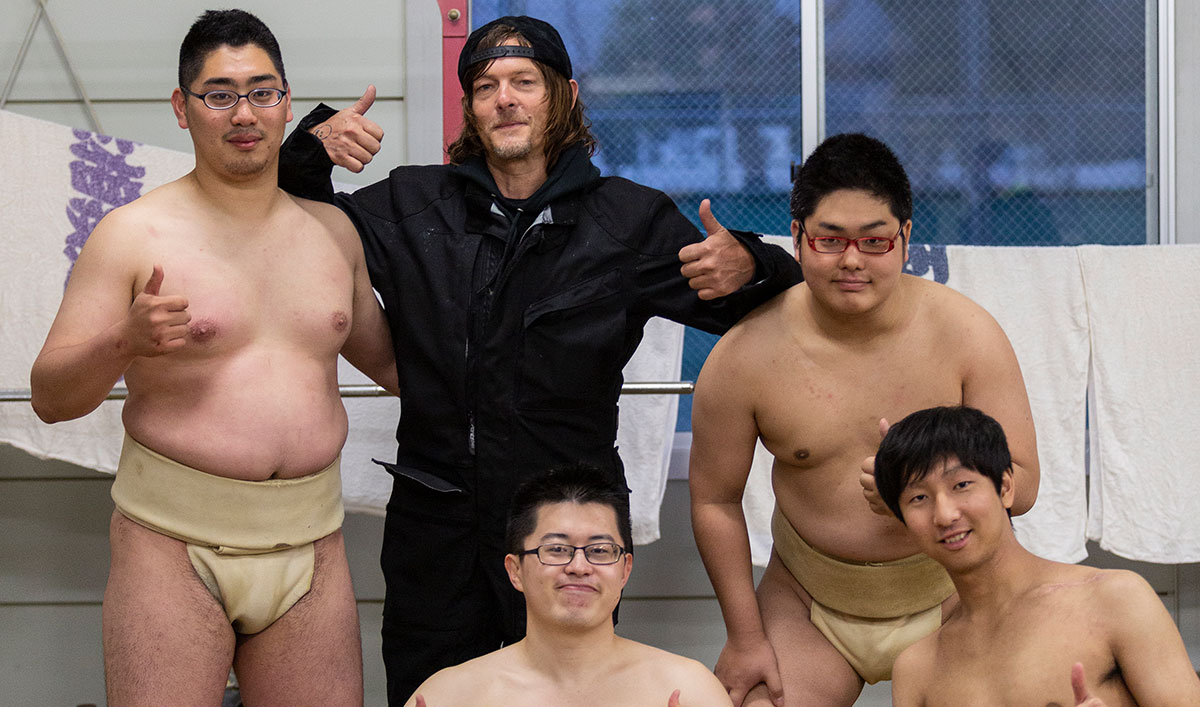 The next day, Norman picks up riding companion Milo Ventmiglia. The two of them head out of Kyoto to a Japanese mountain town to observe a traditional Buddhist ritual. 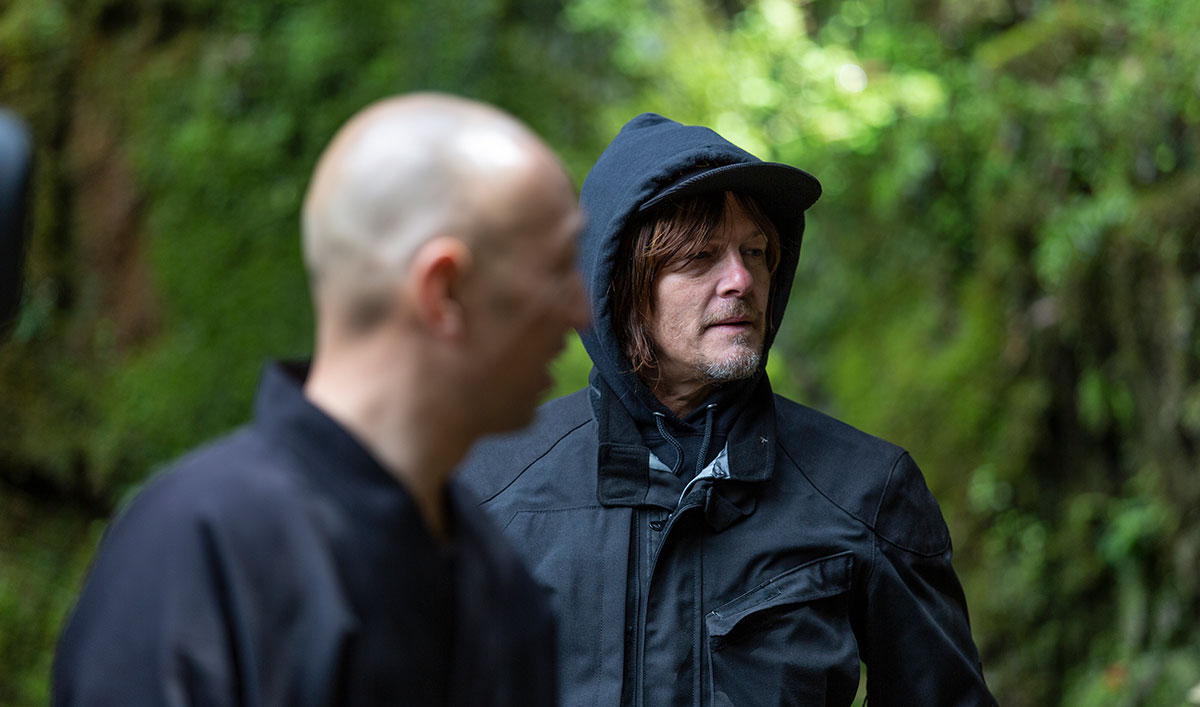 Tucked atop the mountains in Nomanaka sits Hontakiji, a Buddhist temple cared for by the Noma family for generations. Here, visitors can experience a waterfall purification ceremony, as Norman and Milo witness on their journey. Meant to "crush your ego," as Milo says, waterfall meditation training, or "takigyo," is a Buddhist purification ritual in which one meditates under the hammering flow of a waterfall. The temple is also home to Temple Cafe, an in-house coffee shop serving as a tranquil destination for motorcycle riders and other visitors coming up the mountain. It's the perfect place to enjoy a cup of coffee while overlooking the valley below. 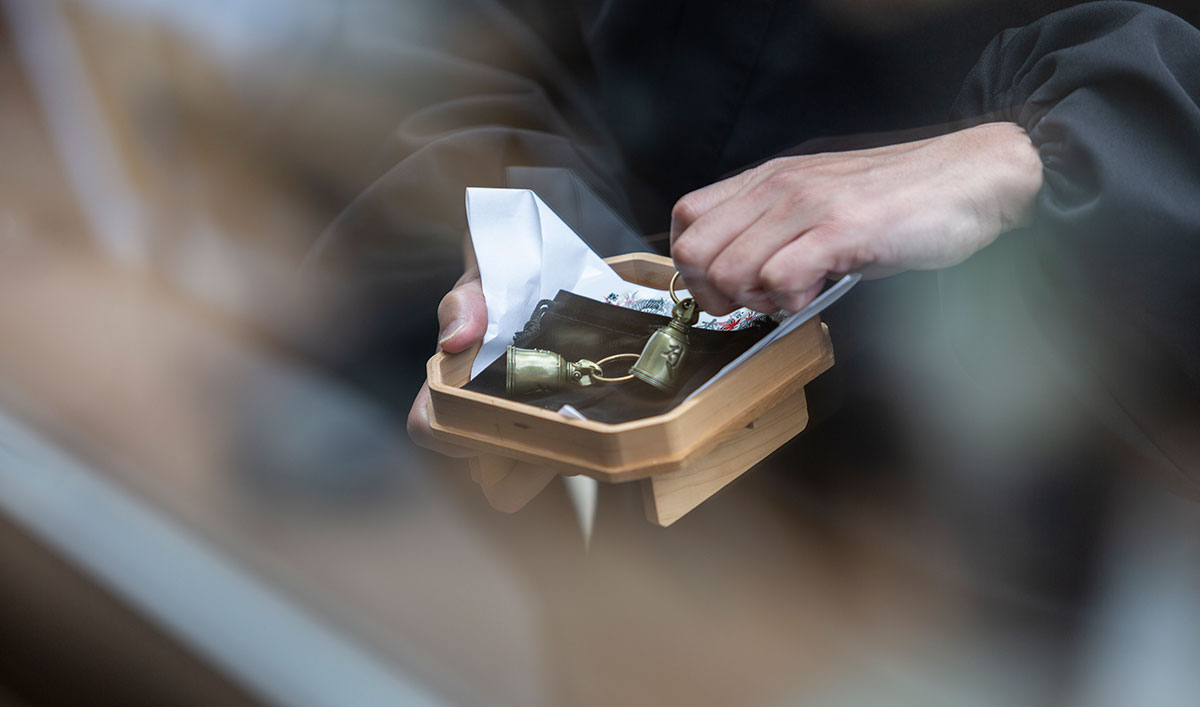 Norman and Milo head out to Kashihara Dojo to learn another ancient tradition in Japanese culture: kyudo, or "the way of the bow." The pre-historical martial art is as much about honing clarity of mind as it is about hitting the target -- a physical manifestation of the meditative experience. There are kyudo practitioners across the globe, bringing the ancient Japanese art to a wider scope of people year after year. Learn more about kyudo here.

After giving the kyudo targets their best shot, Norman and Milo take a 25-kilometer trek eastward to Osaka.

After twilight in the Land of the Rising Sun, Norman and Milo meet up with Milo’s friend, Sunny, for a Japanese staple meal.

Sunny introduces Norman and Milo to a widely beloved Japanese dish: okonomiyaki. The name comes from "okonomi," meaning "how you like," and is something of an "everything-but-the-kitchen-sink" type food. Okonomiyaki is typically referred to as a savory pancake, but like American pizza, different regions in Japan put their own spin on it. Reportedly originating in Osaka, think of okonomiyaki as a type of Japanese soul food.

The next morning, Milo, Norman and Sunny explore the "most famous street in Osaka," as Norman says: Dōtonbori Neighborhood.

A tourist destination that’s hard to miss, Dōtonbori is the Times Square of Osaka. Filled with bright, illuminated billboards and bustling pedestrian traffic, Dōtonbori is a one-stop-shop for food, nightlife, and, well, shopping. Alongside the Dōtonbori River, which stretches through the area, stands an oblong-shaped Ferris Wheel. Visitors can take turns around the Ferris Wheel and check out the busy city below from over 250 feet at the apex of the attraction.

After briefly indulging in the tourist trap of Dōtonbori, a mecca for the selfie-aficionado, Norman, Milo and Sunny get back on the road to follow a true passion: vintage motorcycles. 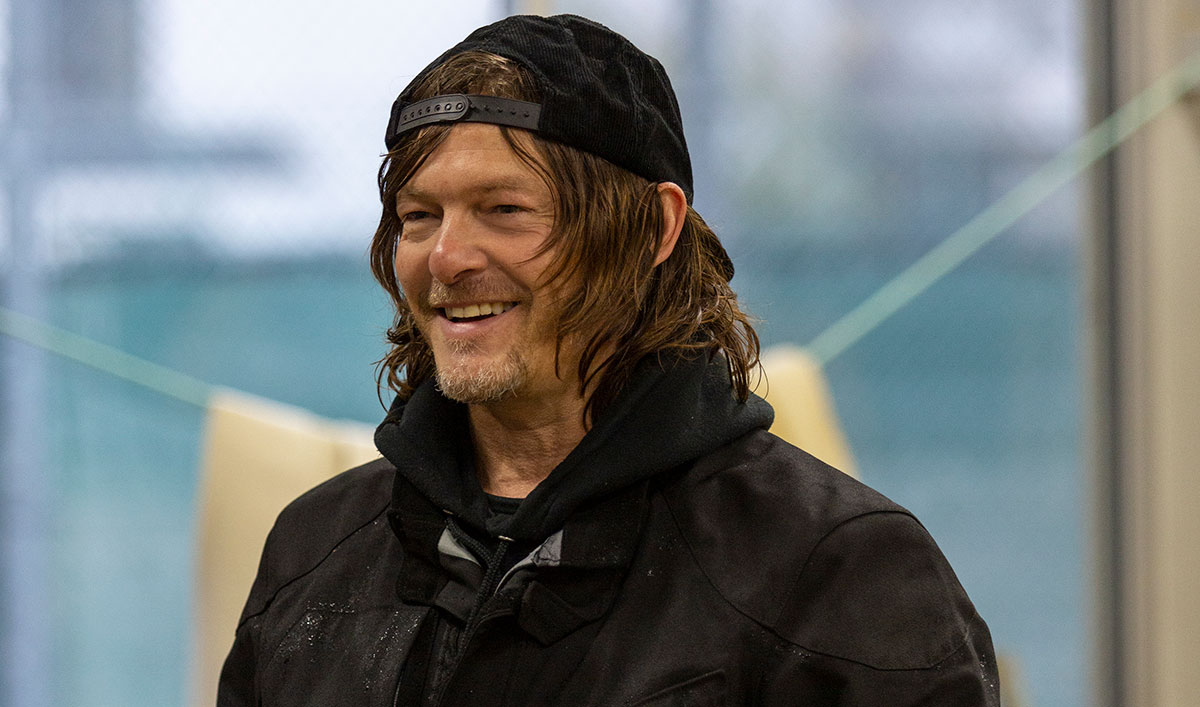 What could a motorcycle enthusiast love more than a building where each floor is full of lovingly maintained vintage motorcycles? If the sound of it is making your heart beat faster, head to Semba Motors in Osaka. Founded in 1947 after World War II, Semba Motors remains just as dedicated to collecting and restoring vintage bikes now as it was then. Check out the motorcycles they have on display here. Looking for vintage parts to restore your own bike? Semba maintains a list here as well.

Leaving Semba Motors (and gushing about the collection the whole way), Norman, Milo and Sunny head to the shop of another one of Sunny’s friends.

Come for the furniture, stay for the donuts. That’s pretty much how it goes when people find their way to Truck Furniture. Founded in 1997 by Sunny’s friend, Tokuhiko "Tok" Kise, and his wife Hiromi Karatsu, Truck Furniture is dedicated to making hand-crafted practical but homey, unpretentious pieces of furniture. When they expanded their showroom in 2009, they created Bird Coffee in the neighboring building. With siphon-brewed coffee and freshly made, old-fashioned doughnuts, Bird Coffee provides a place for people to enjoy the carefully crafted furniture the couple makes next door. "I’m kinda falling in love with you," Norman says after he bites into one of Tok’s doughnuts. If you visit Osaka, you can fall in love yourself here.

With a stomach full of doughnuts, Norman, Milo, Sunny and Tok make the 40-kilometer trek into Nara, home to some of Japan’s oldest temples and works of art, and a delightfully bizarre wildlife experience.

The sacred deer sanctuary in Nara Park is one of the region’s biggest attractions. With over 1000 deer roaming freely among the park, visitors can experience a new breed of politeness in the park’s deer, globally notorious for their tendency to bow for food. They may not say ‘please’ and ‘thank you,’ but the deer definitely know how to ask nicely for a cracker. Discover how to visit the park and its sacred deer here.

Click here to watch Milo Ventimiglia and Norman Reedus’s trip from Kyoto to Osaka on amc.com and the AMC apps for mobile and devices.