In the Season 5 Premiere of Ride With Norman Reedus, The Walking Dead star and motorcycle enthusiast, Norman Reedus, joins actor Josh Brolin for a whirlwind adventure through the North Island of New Zealand.

Before global quarantines put a stop to international travel, Norman and the Marvel actor set out on a 620 kilometer (385 mile) trip through New Zealand’s North Island, from the major city of Auckland to the beachside town of Hahei. In the Season Premiere, the pair gets up close and personal with the diverse and colorful ecosystem of New Zealand, explores the island’s Hollywood claim to fame, discovers the rich culture of the Māori indigenous people, and gets a front-row seat to the country's deeply ingrained love of high-speed adventure. Read on to learn more about Norman and Josh Brolin’s stops along their road trip so that when we’re all able to travel again, you’ll know exactly what to add to your New Zealand travel itinerary.

Get a Behind-the-Scenes Look at Norman and Josh Brolin's Trip Here:

Auckland is the most populous urban area in all of New Zealand, with about a third of the country’s diverse population residing in the Auckland metropolitan area. The city is known for its many peculiarities and superlatives: home to the largest Polynesian population in the world, the only city built on an active basaltic volcano field, and boasting the largest freestanding structure in the Southern hemisphere.

It’s here at the Auckland Sky Tower, a skyline marvel that stretches 328 meters (1,076 feet) above the Auckland horizon, that we first catch up with Norman in the Season 5 Premiere. Suited up in a full body harness for the Sky Tower’s SkyWalk attraction, Norman barely makes it onto the SkyTower’s pergola, 192 meters (almost 630 feet) above the city, before turning around. But for those without a crippling fear of heights, Auckland Sky Tower offers both the SkyWalk, in which guests can safely walk along the 192 meter high platform, and also the SkyJump, in which guests can jump off the 192 meter high platform. For those looking to show up Norman and conquer the Sky Tower, learn more about the various offerings at the Sky Tower here.

Back on the ground, Norman learns why Auckland is affectionately referred to as the “City of Sails.” Norman trades his Triumph Tiger for a jetski, to zoom around Auckland Harbor with Jared Turner, Fasitua “Fossie” Amosa, and Robbie Magasiva of the Dirty Rotten Thespians Motorcycle Club. From the water, Norman and the others watch people bungee jump from Auckland Harbour Bridge (which is also something thrill-seekers can add to a potential Auckland itinerary). 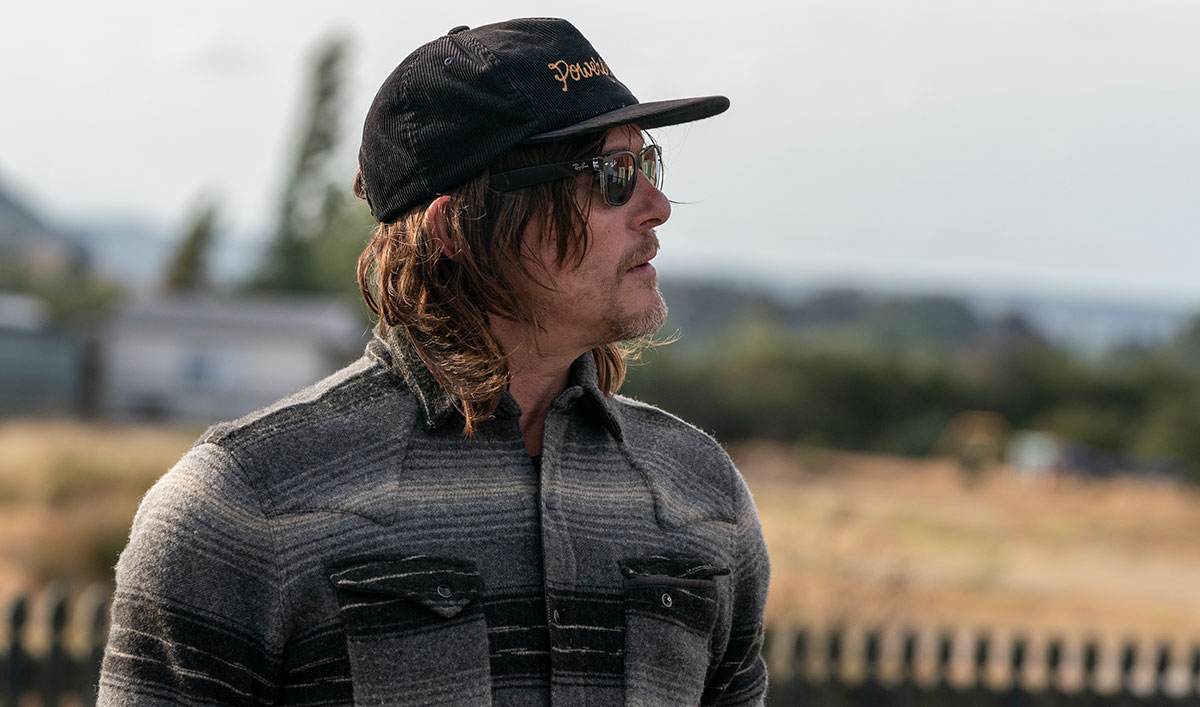 Back on dry land, Norman rides from Auckland to Hamilton, where he meets up with Tiki O’Brien, China, and the rest of the Tribal Nations Motorcycle Club. Tiki teaches Norman the “hongi,” a deeply significant Māori welcome gesture based on sharing the “breath of life.” Norman and members of the Tribal Nations Motorcycle Club ride as a united group through Hamilton to the Hamilton Friday Night Market. Home to a number of world-famous food stalls, the Hamilton Night Market still happens every Friday night (weather permitting). Check out their Facebook page if you’re in the mood to salivate. If the episode is anything to go by, the Creamy Paua pocket from Captain Kai Moana, which Norman described as “clam chowder on steroids,” is the food star here -- and, of course, you can't miss the baby donuts in a bucket.

The next morning, Norman meets up with Josh Brolin, and from Hamilton, the pair take a 60 kilometer (37 mile) trip down State Highway One to the outskirts of Matamata. The rolling hills along the highway are serene and picturesque like a movie backdrop; it’s little wonder Peter Jackson set his fantasy epic The Lord of the Rings in New Zealand. Norman and Josh pay a visit to one of the places rabid fans and curious tourists alike can insert themselves in The Lord of the Rings universe: Hobbiton. 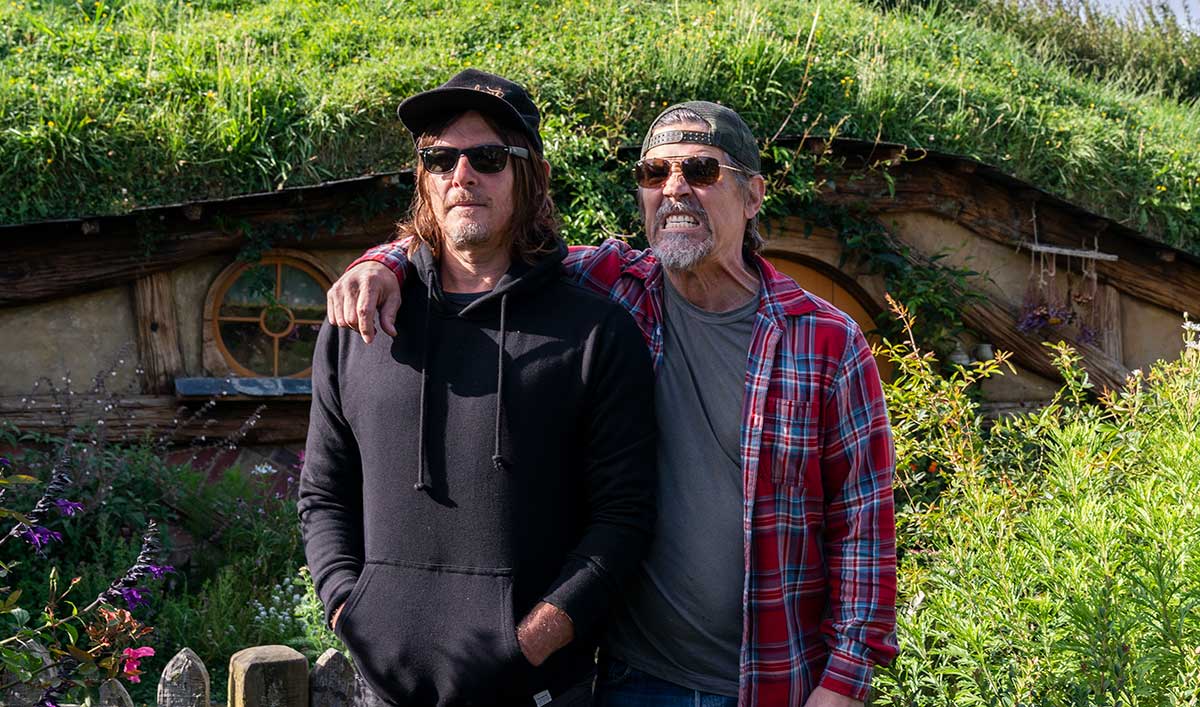 Located at the family-run Alexander Farm, the 14-acre movie set site offers guided tours of the Shire and its hobbit holes, a banquet hall for hobbit-approved refreshments, and multiple festivals for raucous days of eating and drinking. Learn more about visiting Hobbiton here.

After causing a sufficient amount of trouble in Hobbiton, Norman and Josh hop back on their bikes for an 88 km (55 mile) road trip to Waitomo, a village to the southeast known for its extensive underground cave systems with glowing appeal.

“New Zealand is like being in another world,” Norman says as he and Josh ride to meet up with Manyu “Manny" Davis from the Waitomo Caves. New Zealand’s rich and curious animal life is on full display in the Waitomo Caves, which offers a boat ride, blackwater rafting, and even ziplining through pitch dark caves illuminated by the surreal light of thousands of glow worms.

From Waitomo, Norman and Josh take a 140 kilometer (87 mile) journey east to Rotorua, the tribal home of the Māori people. In Rotorua, the Māori way of life is preserved and renewed in the “living villages” there. The pair meet up with Joe Te Kowhai near the Rotorua Museum. Joe shares more about the Māori’s culture from the past to the present. He shows Norman and Josh the nearby geothermal pools, and explains how New Zealand lies along the Ring of Fire, a belt of seismic and volcanic activity around the Pacific Ocean caused by tectonic plate movement. For those looking to learn even more about Māori culture from the Māori people, there is also the nearby Tamaki Māori Village, which is an immersive cultural experience offering both daytime and nighttime events.

At the start of Day 3, Norman and Josh leave Rotorua and ride 200 kilometers (124 miles) northwards to the eastern shore, to Hahei. The beachside town is home to the Leadfoot Festival, an annual convention of classic and vintage cars, motorsports legends, and a wide array of first-class competition cars and motorcycles. Founded by racing legend Rod Millen and his wife, Shelly, and hosted at their Leadfoot Ranch, the annual festival attracts motorsports enthusiasts from all over the world.

Norman and Josh both take a heart-stopping turn around the Leadfoot drifting track with Rhys Millen, who is a drifting champion, one of the top stunt drivers in Hollywood, and the son of Leadfoot founder Rod Millen. They’re in good hands inside Rod’s rally-winning 1974 Mazda RX-3, but Norman can’t help but scream the whole time.

The Leadfoot Festival typically takes place in February. If you can’t wait that long before getting your race on, all is not lost: you can stream Talladega Nights: The Ballad of Ricky Bobby on amc.com and the AMC apps for mobile and devices through March. 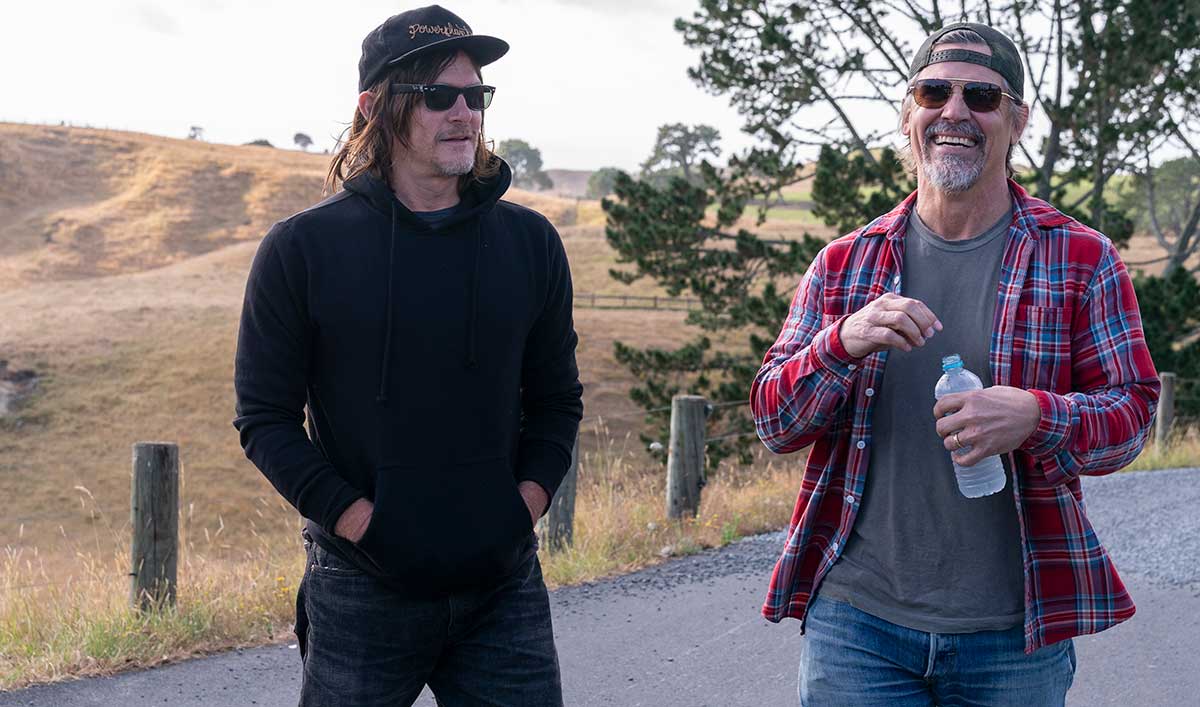 Following their adrenaline-pumping visit to the festival, Norman and Josh decide to wind down at the nearby Hot Water Beach. It's not so much the ocean water itself that is hot, but because of the island’s location along the Ring of Fire, there are rivers of hot water underneath the sand. At low tide, beachgoers bring shovels to dig their own spa pools on the beach, since hot water will bubble up from underneath the ground. Norman puts Josh to work digging their own small pool while Norman is surrounded by eager fans.

“There’s nothing ordinary about New Zealand,” muses Norman as the sun sets on their final day on the North Island, “a place that could only exist on the edge of the world.”

Read a Q&A with Norman Reedus here, in which Norman chats with amc.com about his New Zealand motorcycle trip, his new friendship with Josh Brolin, and how the pandemic made this season "unique" and unexpected.

The Season 5 Premiere is available to stream now on amc.com and the AMC apps for mobile and devices. New episodes of Ride With Norman Reedus air Sundays at Midnight/11c.

For more of the latest episodes, travelogues, ride diaries, interviews, and more, sign up for the AMC Insiders’ Club.

The first chapter of the final season has come to an end with an epic battlefield cliffhanger. Relive the first part of Season 11 in these 11 key moments.

Iris and Felix bet on a willing surrender to infiltrate the CRM.

Fear the Walking Dead Season 7, Episode 3 Sneak Peek: What is This Place?

June and John Sr. discover a room of horrors.

The Walking Dead: World Beyond Season 2, Episode 4 Sneak Peek: All You Have To Do Is Play Dumb

Strand and Will face the fog. Fear the Walking Dead returns this Sunday on AMC. Stream early on AMC+.

Joe Dante, Max Brooks and others discuss revisiting “infection” films such as Contagion and Outbreak during the Covid-19 pandemic and why the scariest films in the genre are the most realistic.

Jamie Lee Curtis, Jennifer Tilly and other leading ladies discuss the challenges and the benefits of horror movies and why women are “built for horror.”

Fear the Walking Dead Q&A — Sydney Lemmon’s Got The Goods On The CRM... And Her Lips Are Sealed

The Walking Dead: World Beyond Q&A — Annet Mahendru On Her Love Of Huck