In NOS4A2, the acclaimed Zachary Quinto stars as the immortal vampire Charlie Manx. This monster kidnaps children who need "saving" and transports them to Christmasland, an imaginary wonderland made real with his supernatural power. Within Manx's creation it's Christmas every day and "happiness is against the law," all while he preys on the children's youthful energy so he can live forever. In the latest episode of NOS4A2, Manx wakes from his eight year coma more vulnerable than ever and struggles to get back to his magical Rolls-Royce Wraith to restore his power -- before focusing his attention on the one person who took him down, Vic McQueen (Ashleigh Cummings).

Q: How do you think Manx grapples with this new lease on life and the very raw truth of his mortality?

A: I think he's really fueled by revenge, and that's the driving force in Season 2. The great thing about Season 2, is that we don't have to spend any time establishing anything. The audience knows who these characters are, what their relationships are, and we can get right to the action—which is really cool and exciting. Revenge is the engine propelling Manx. When he learns that Vic has a son—he has such judgement and disdain for Vic as a person and certainly as a mother—he sees an opportunity to both exact revenge and intervene on Wayne's behalf. He uses that as a point of leverage, and there's a ruthlessness to him this year. That's how he deals with his vulnerability, he comes out swinging even harder and faster. 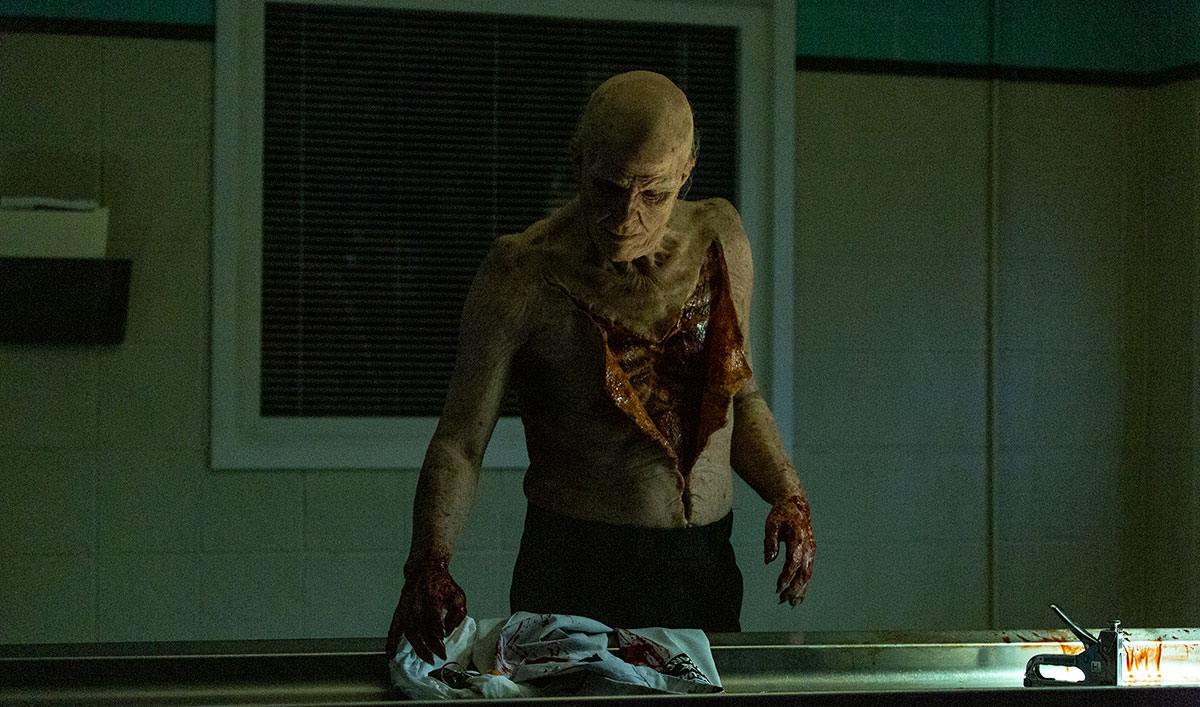 Q: It seems like they put you through the wringer right away. What's that like for you to come back to Season 2 hitting the ground running?

A: It was great, and I have to say Season 2 went by like in a flash. It was like a blur for me, so I think it was partly because of that. There was no time to chew the fat. We just got right into the meat. I like to work that way, and I felt like the stories were really strong. They were imaginative and they honored the book. The backstory we get to share with the audience this season is a great element. Obviously, I was privy to that from the beginning because it's in Wraith, the graphic novel that accompanies NOS4A2 and focuses on Manx's relationship with the car. I was working with all that information, knowing all of my own backstory, but it was really nice to be able to share it with the audience and bring them into it. I think it will generate in them, if not compassion for Manx, at least understanding for why he is so warped and evil.

Q: In Episode 2, we see the happier times devolving into the Charlie Manx as we know him. Did that backstory line up with what you imagined for Manx before he had the Wraith?

A: I think it's really richly textured, and it gives context to this character, who is so reprehensible. Hopefully people will have a little bit more understanding that people aren't born evil, right? They become evil because of things that happen to them in their lives, and Manx really was trying. He really was hopeful that he would be able to provide for his wife and daughter and lift himself up and out of his circumstances, but the people in his life who he was looking to to support him and help him just treated him so terribly, and then the car preyed on that. The car that has a spirit of its own and its own agenda preyed on that, and we know what happens. 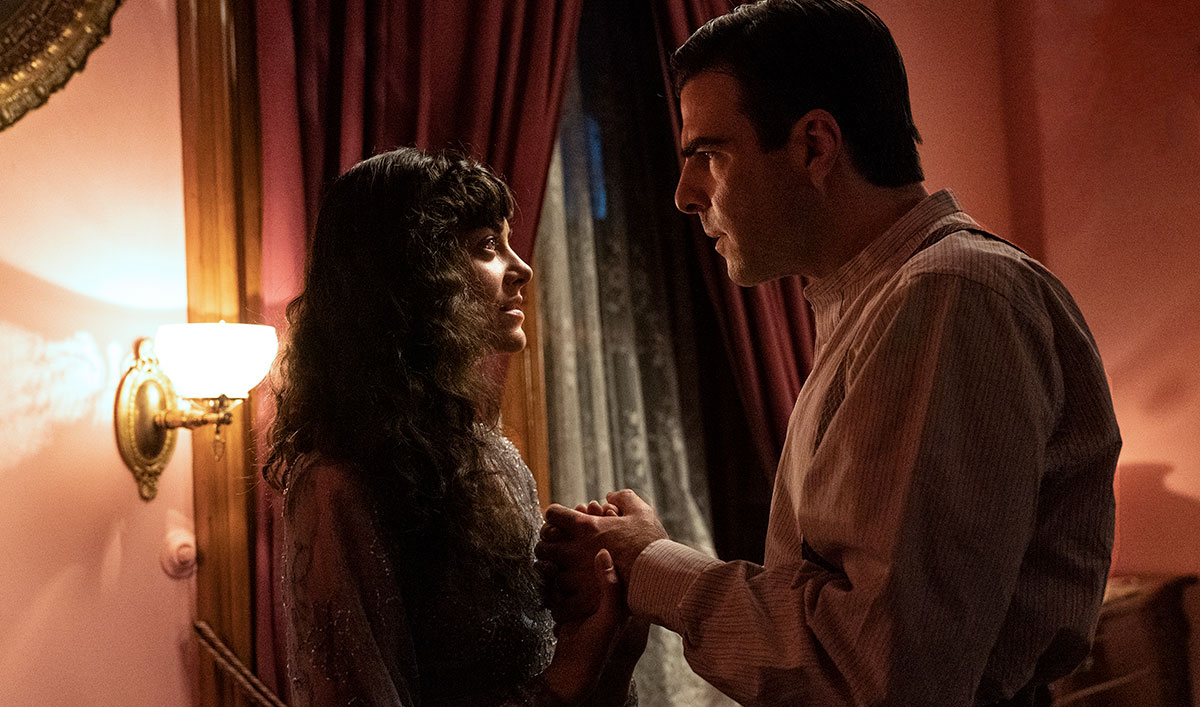 Q: What is it about the car that heightens his evil tendencies? Or do you think his tendencies were already there and the Wraith just brought them out?

A: No, I don't think they're there. I think there's a deep wounded quality about Manx, which we see in Episode 2, and I think the car is an instrument of evil. I think the car -- once he unwittingly aligns himself with the car -- exploits that weakness and that vulnerability. It's the force in his life that leads him to the supernatural world, so I don't think Manx would have been on that same path if he hadn't encountered the car.

Q: You spend more time this season working with Mattea Conforti (Millie Manx). What was it like working together? How did you approach creating that father-daughter dynamic?

A: Well, she's a real pro. She's a theater kid, which I can relate to, and so we had a pretty easy, professional working relationship. All of the things we needed were in the writing, and I felt like we both showed up and honored that. It was fun to work with her. I enjoyed that experience. I also worked a lot with Jason David, the other little guy that plays Wayne, this season. Working with kids in that way was so interesting, and they were both such pros. They were both incredible! 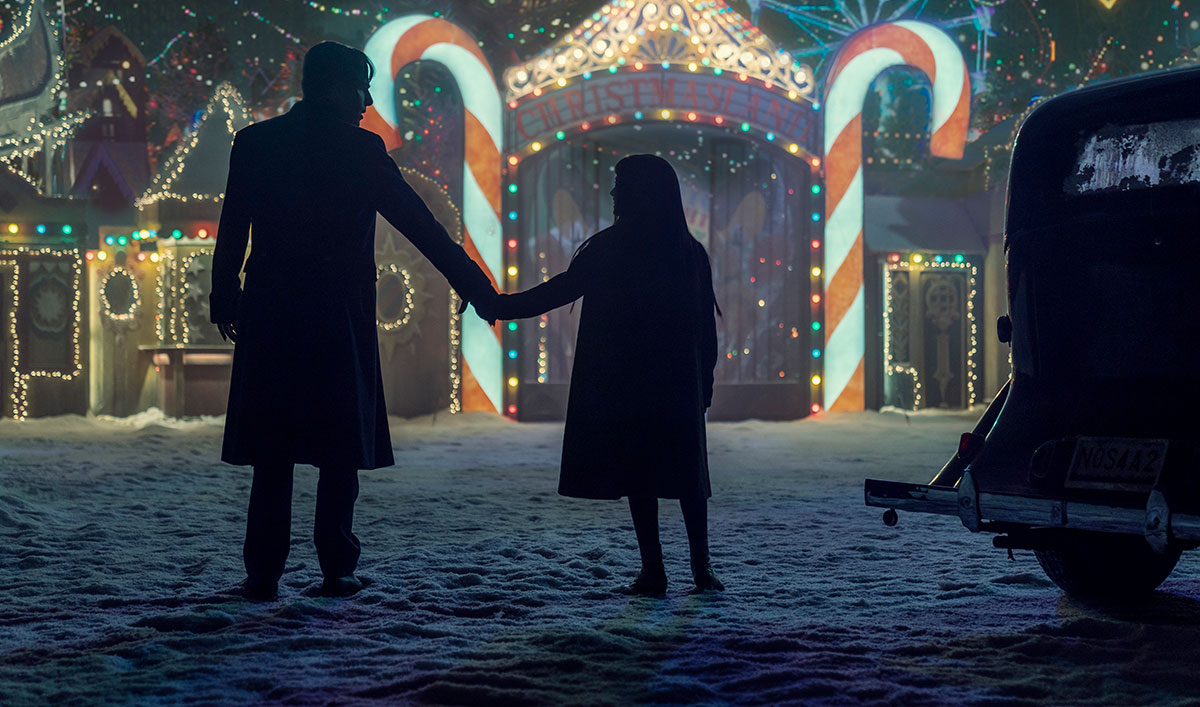 Q: We see in Episode 2 that Manx's family are the first victims of the Wraith, and Manx seems to delight in this turn for the terrifying. Why do you think that was his reaction?

Q: We also get to see Manx's first time in Christmasland. What do you think he thought?

A: I think it's wonderment, and in a way a kind of gratitude. This guy who's been so down and out for so long, finally has attained this thing that has been such a holy grail for him. There it is, and he's standing in it—I think there's a kind of celebration.

Q: In the present, when Manx returns to the wreckage of his old house, he meets Wayne McQueen. What do you think Manx is thinking in that moment, certainly that it must be some kind of fate?

A: Oh yeah. A plan just presents itself to him in that moment, and I think that's a good stroke of luck for someone who's been down on his luck for eight years. His journey was inexorably moving towards Vic. It just happened that Wayne was in his path, so he saw that he could use Wayne to get to her. He would have gotten to her one way or another though, and probably would have gotten to Wayne one way or another as well.

Click here to watch Zachary Quinto as Charlie Manx in the latest NOS4A2 full episode, "Good Father" on amc.com and the AMC apps for mobile and devices. Check out the on-air schedule here for more encore viewings and upcoming episodes of NOS4A2 on AMC.

Read a Q&A with Ashleigh Cummings, who plays Manx's nemesis, Vic McQueen. Cummings talks with AMC.com about getting into the “motorcycle” saddle after the time jump, how Vic is caught up in a cycle of trauma, and how her fight against Charlie Manx is a new opportunity to face her demons.

Don't miss this Q&A with author Joe Hill, who teases the bigger world of Season 2, plus shares details about his unusual writing practice, how the NOS4A2 set is like stepping into his own inscape, and more.

Eli Roth's History of Horror Renewed for a Third Season