A full spring schedule is below (by service and in chronological order): 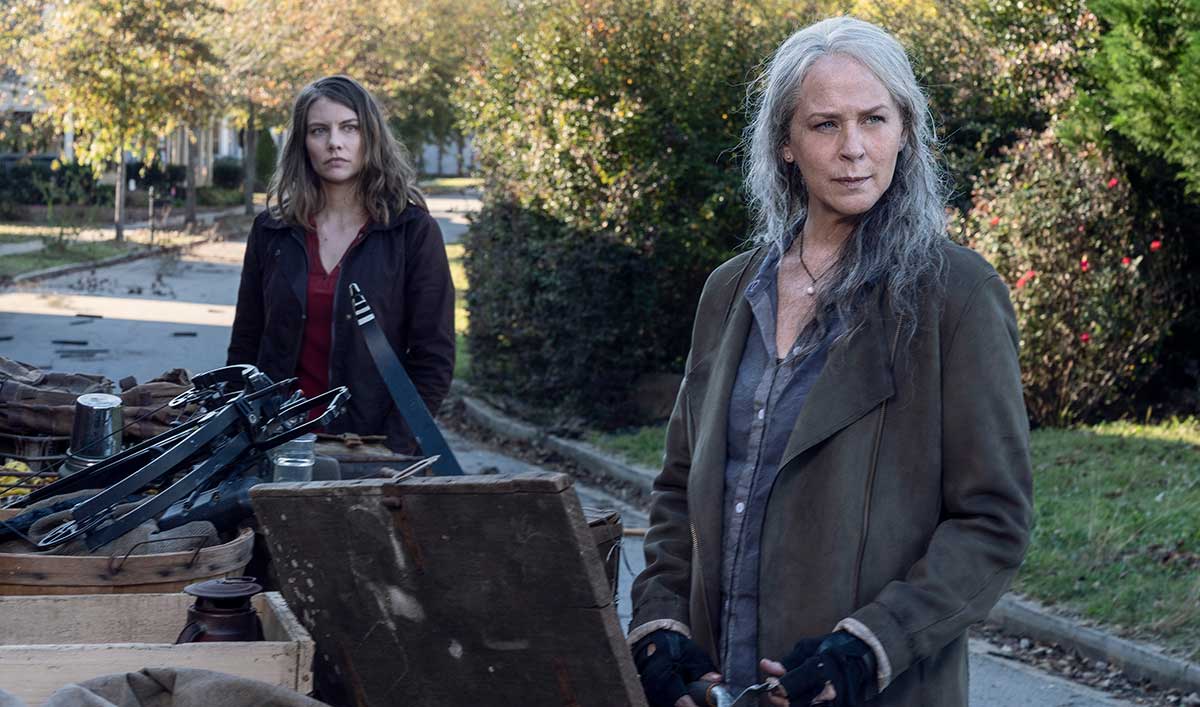 AMC+ will debut the first episode of The Walking Dead’s highly anticipated extended 10th season one week ahead of its linear premiere (Sunday, February 28). Subsequent episodes will debut early on the premium streaming bundle, every Thursday, prior to the episodes’ linear premiere on Sundays, beginning Thursday, March 4. 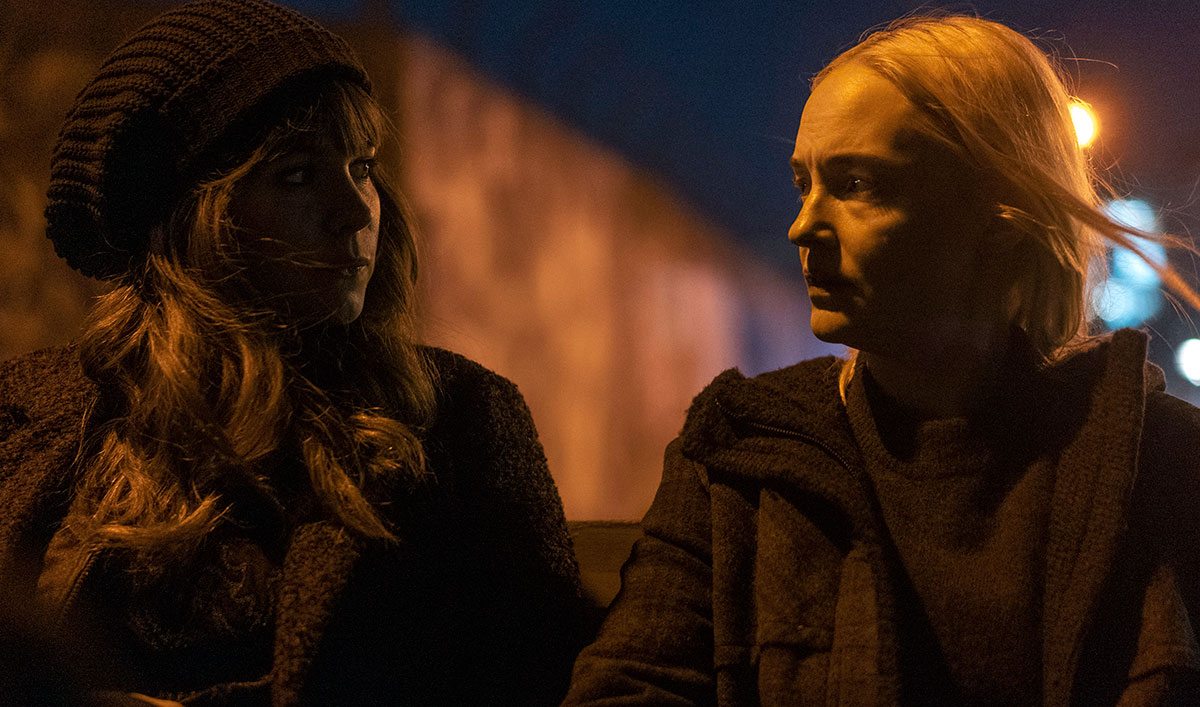 Based on the award-winning and best-selling novels from Finnish journalist Pekka Hiltunen, Cold Courage follows two women as they collide during a series of murders in present-day London. As they are drawn together through a clandestine group called the “Studio,” they seek to right the wrongs of the powerful, influential, and corrupt – starting with a dangerous, charismatic politician (John Simm) looking to put the ‘Great’ back into Great Britain. The first 3 episodes will debut on Thursday, March 11, with subsequent episodes released every Thursday. 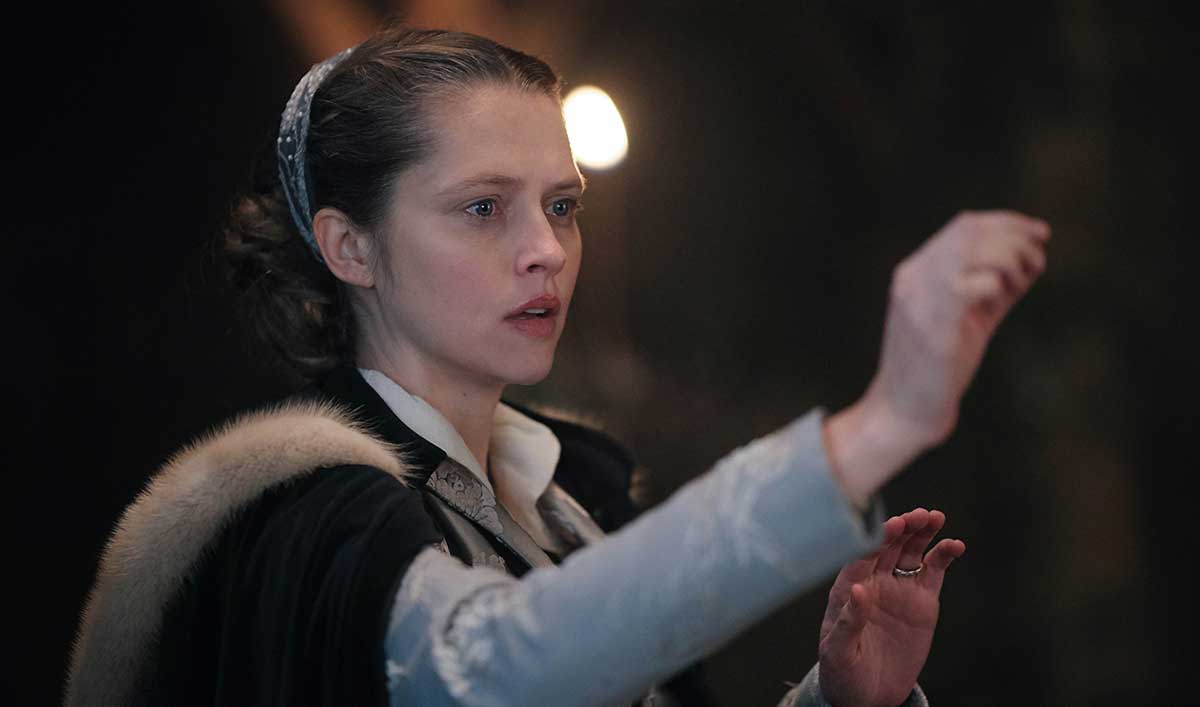 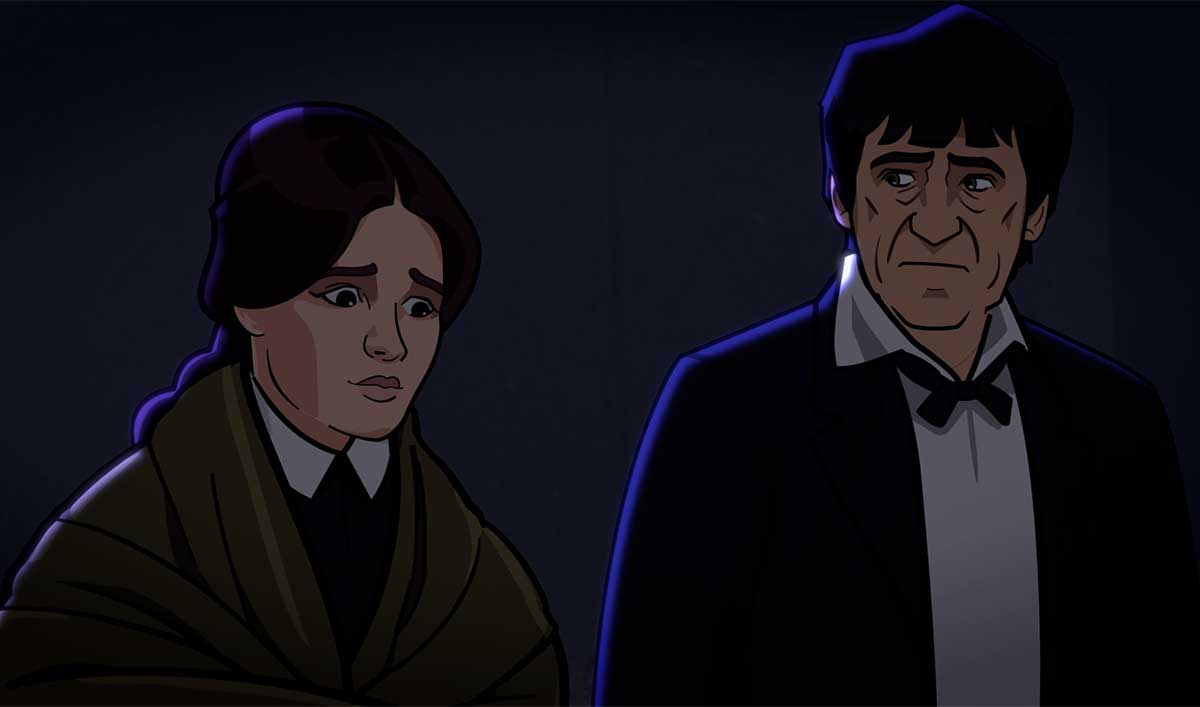 Doctor Who: Fury From The Deep

The missing 1968 serial is brought to life in stunning animation for the first time when the full season debuts ahead of the linear premiere on BBC AMERICA, joining other Doctor Who animated specials The Macra Terror and The Faceless Ones on AMC+. 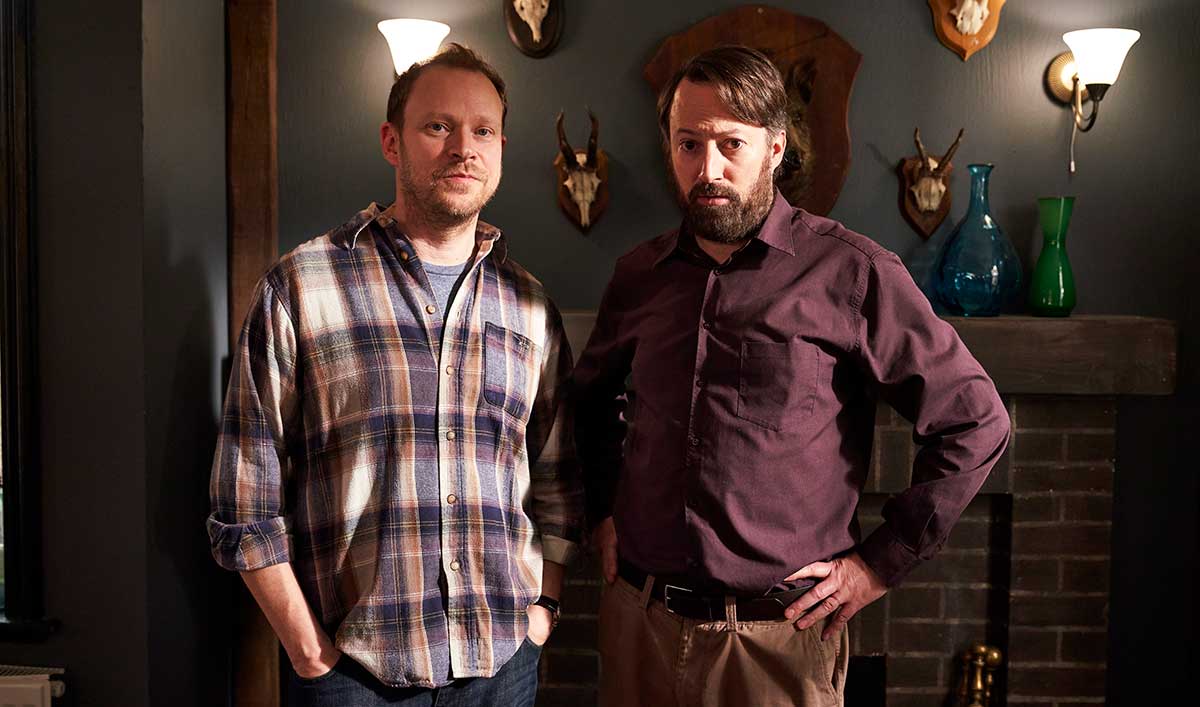 Following an acclaimed first season on SundanceTV, the delightfully sharp Britcom Back returns with the entire new season available for early access to AMC+ subscribers ahead of its linear premiere. NOTE: Season 1 will be available for free and ungated on AMC+ for the month of March. 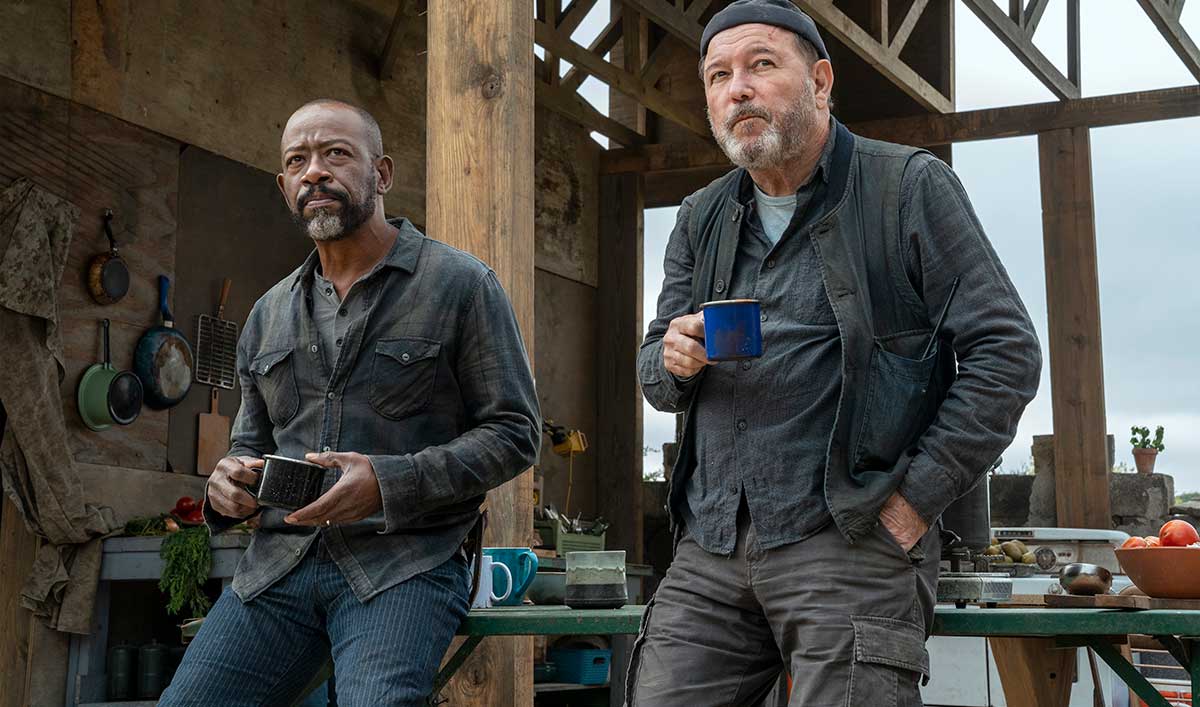 Catch up on the first half of Season 6 with never-before-seen footage, and exclusive interviews with the cast and creators. 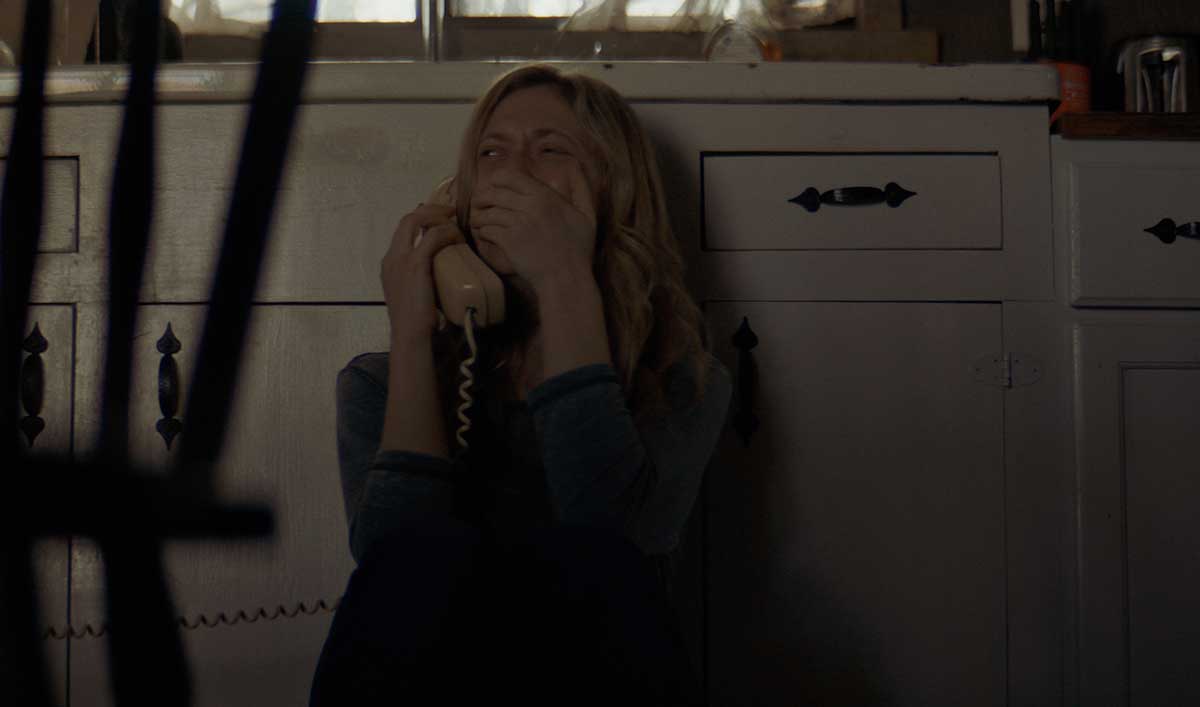 The Dark and The Wicked (SHUDDER / AMC+)

On a secluded farm, a man is bedridden and fighting through his final breaths, while his wife (Julie Oliver-Touchstone, Preacher) slowly succumbs to overwhelming grief. Siblings Louise (Marin Ireland, Hell or High Water) and Michael (Michael Abbot Jr, The Death of Dick Long) return home to help, but it doesn’t take long for them to see that something’s wrong with mom—something more than her heavy sorrow. *Shudder Exclusive 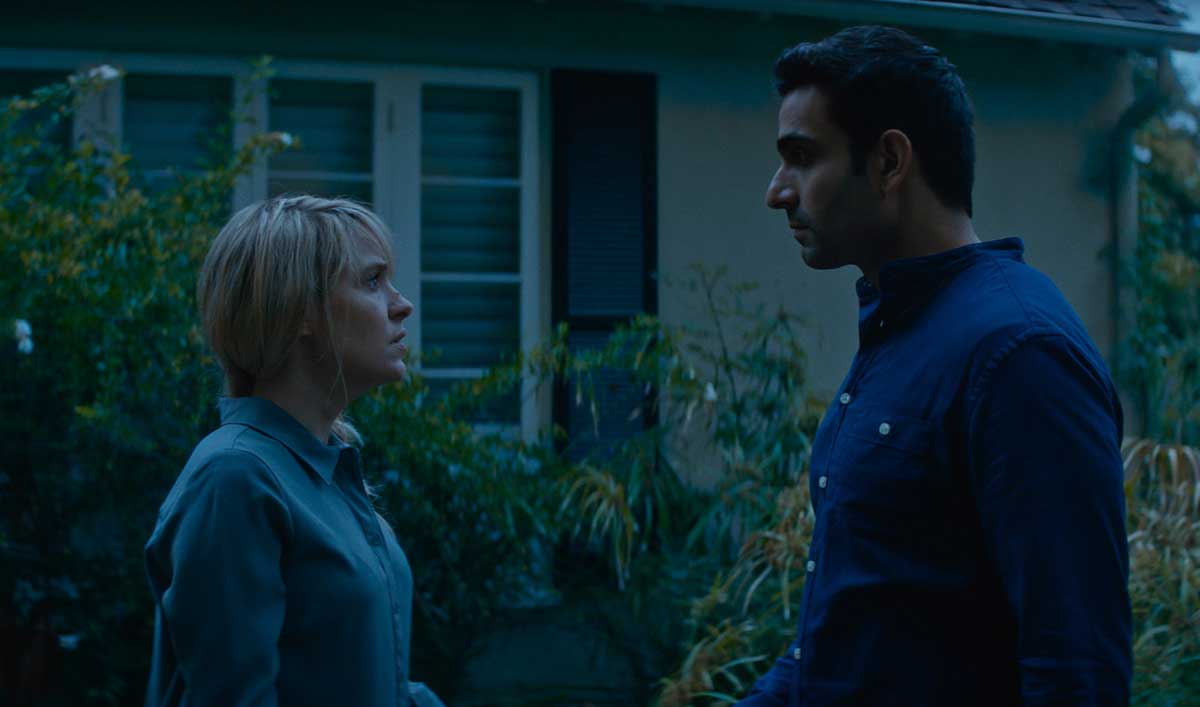 Putting a fresh spin on the home invasion subgenre, this surreal feminist thriller follows a self-help book author (Brea Grant, who also scripted) who suddenly finds herself stalked by an elusive and dangerous man, and becomes caught in a struggle to regain control over her life. *Shudder Original 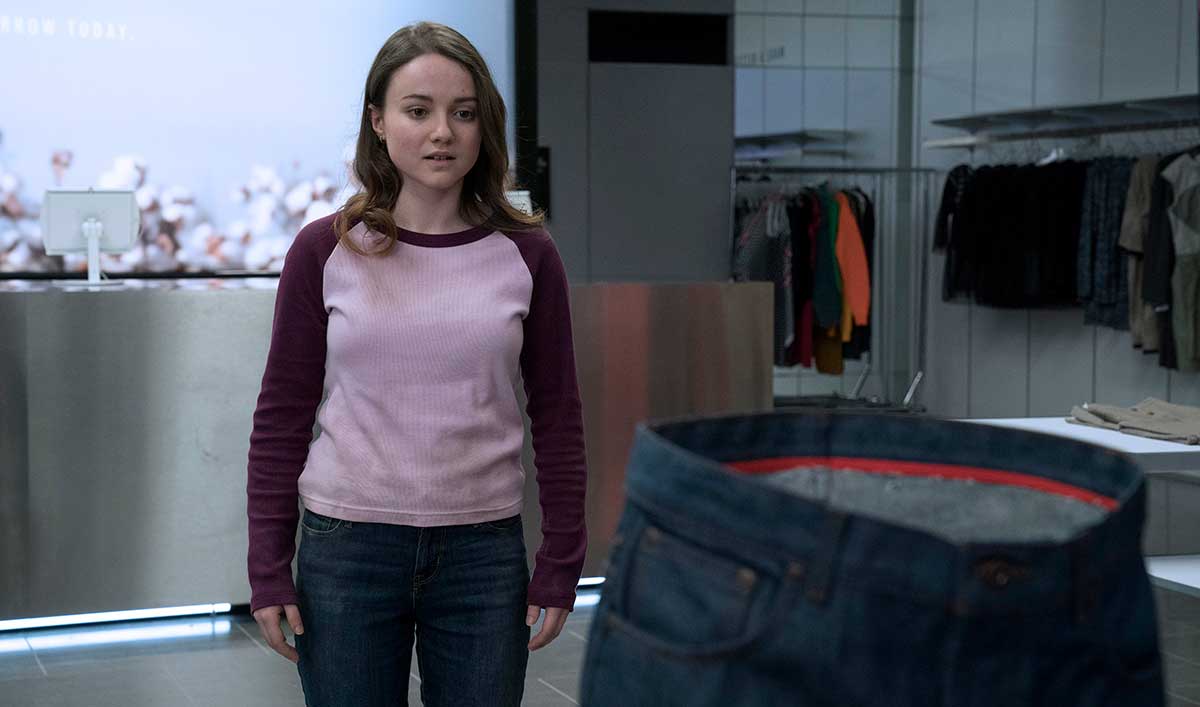 A possessed pair of jeans is brought to life to punish the unscrupulous practices of a trendy clothing company. Shipped to the company’s flagship store, Slaxx proceeds to wreak carnage on staff locked in overnight to set up the new collection. Starring Romane Denis (Slut in a Good Way), Brett Donahue (Private Eyes), Sehar Bhojani (The Handmaid’s Tale), and Stephen Bogaert (The Umbrella Academy). *Shudder Original 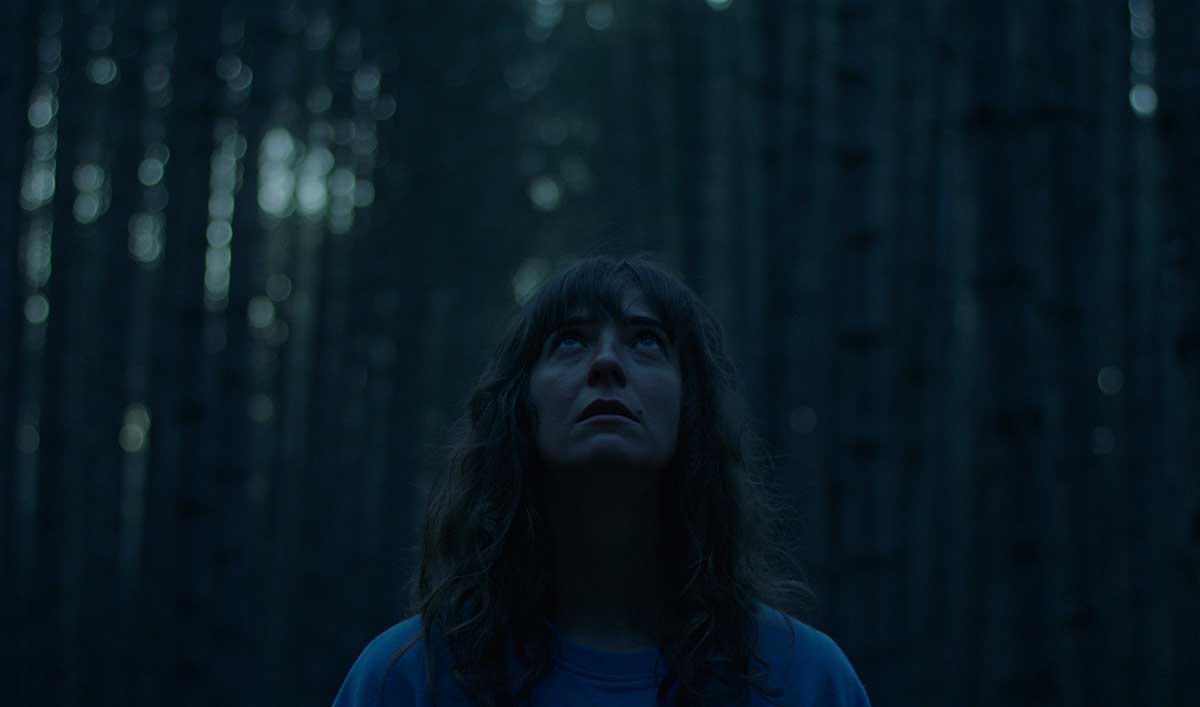 With her marriage on the verge of collapse, Miriam returns to her hometown to seek solace in the comfort of her younger sister and brother-in-law after years apart. But one evening a small slip in judgment leads to a catastrophic betrayal, leaving Miriam shocked, reeling, and furious. She embarks on an extreme course of action to address the situation, but the price of revenge is high, and she is not prepared for the toll it takes as she begins to emotionally and psychologically unravel. *Shudder Original 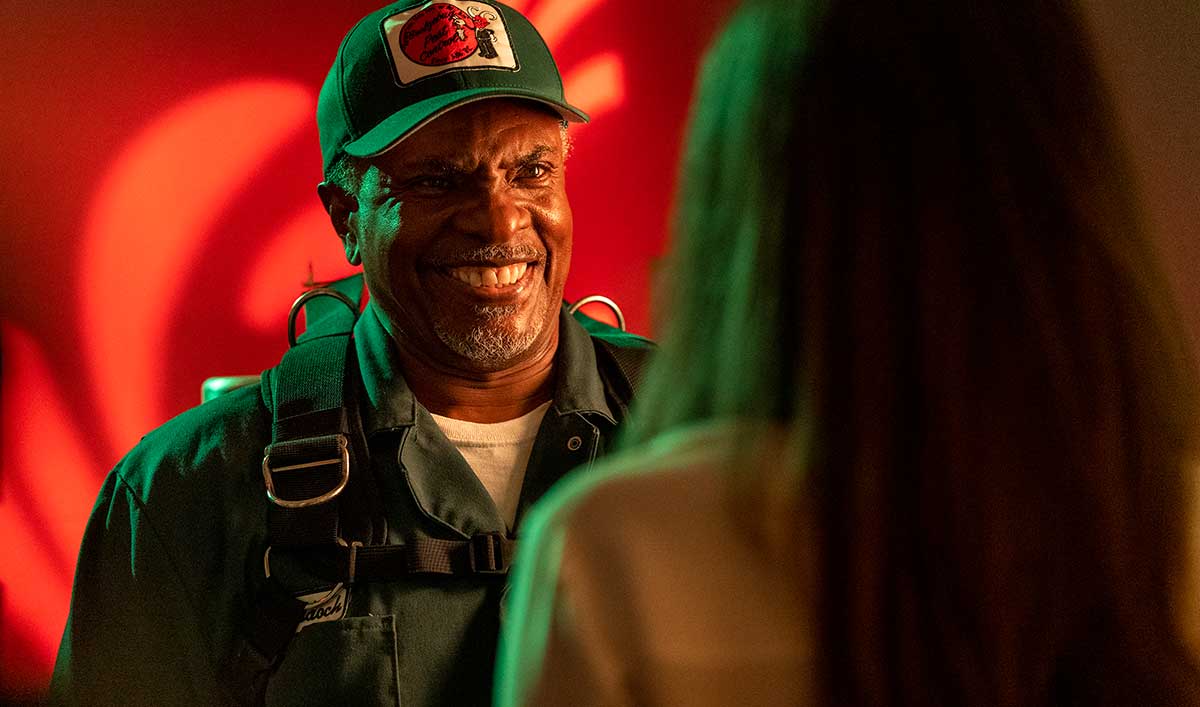 The hit original series returns with Briggs, the world’s foremost drive-in movie critic, presenting eclectic horror movie double features, interrupting the films to expound upon their merits, histories and significance to genre cinema. The show’s hashtag, #TheLastDriveIn, has trended in the top 10 on Twitter in the U.S. during the premiere of every episode and special, often reaching No. 1. 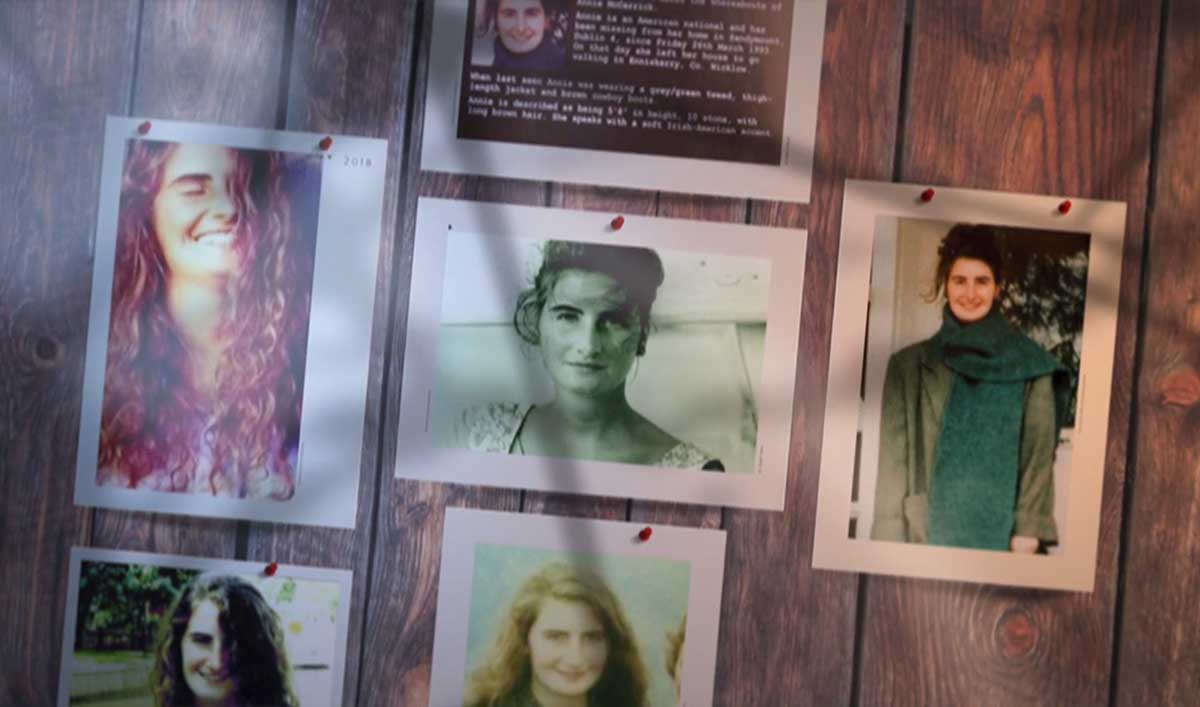 Secrets of a Psychopath recounts the facts behind the most complex and surprising murder to come before the courts in Irish criminal history. The true crime series takes the viewer through the many coincidences, twists and turns of the investigation, uncovering an obsessive and unconventional relationship which ultimately ended in tragedy. All 3 episodes are available to binge.  *Sundance Now Exclusive Series

It’s summer 1951 and the Löwander family operates a restaurant in the Stockholm archipelago. Daughter Nina (Hedda Stiernstedt, Svartsjön) once had a passionate relationship with Calle (Charlie Gustaffson, Vikingshill) the chef, but both are now married and have children with others. In the light summer nights on the seaside, their love reawakens – but how great a price are they willing to pay to follow their hearts? Is it really true that love conquers all? Or does it actually destroy all? All 4 episodes are available to binge. *Sundance Now Original Series 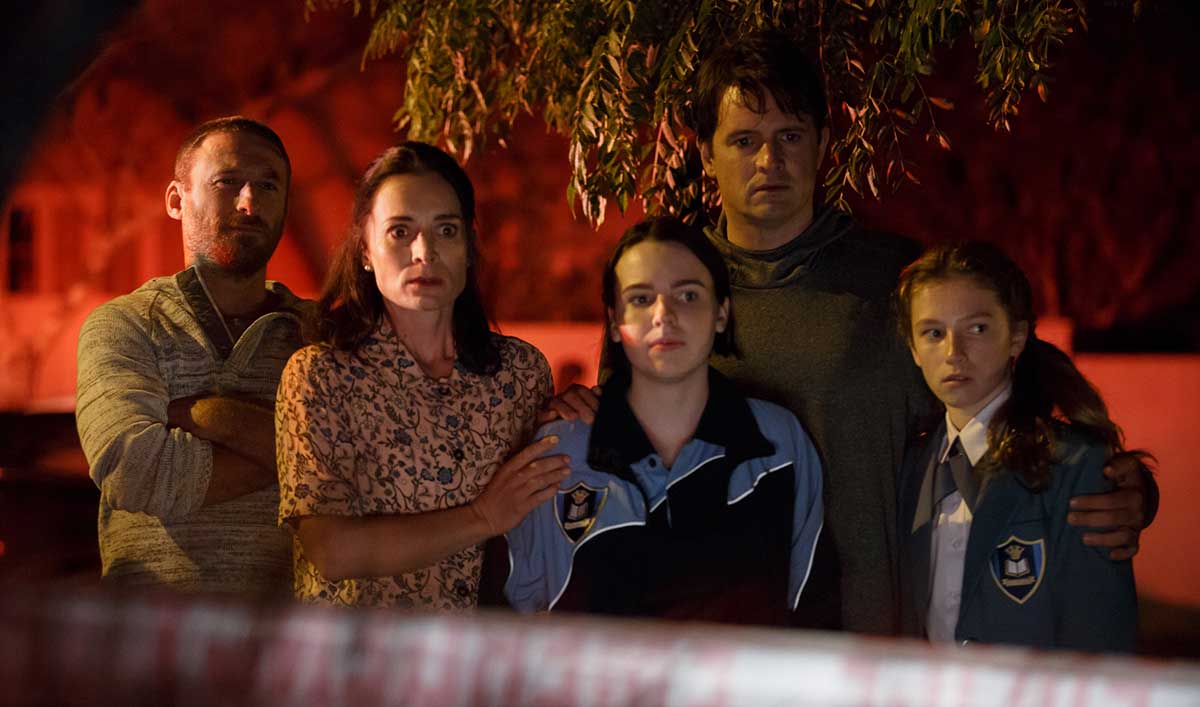 This crime drama tells the story of two brothers from a dysfunctional family who have raised themselves up from the desperate days of their early childhood, only to have their newly ordered lives begin to fall apart when one becomes a suspect in a murder. All 5 episodes are available to binge. *Sundance Now Exclusive Series 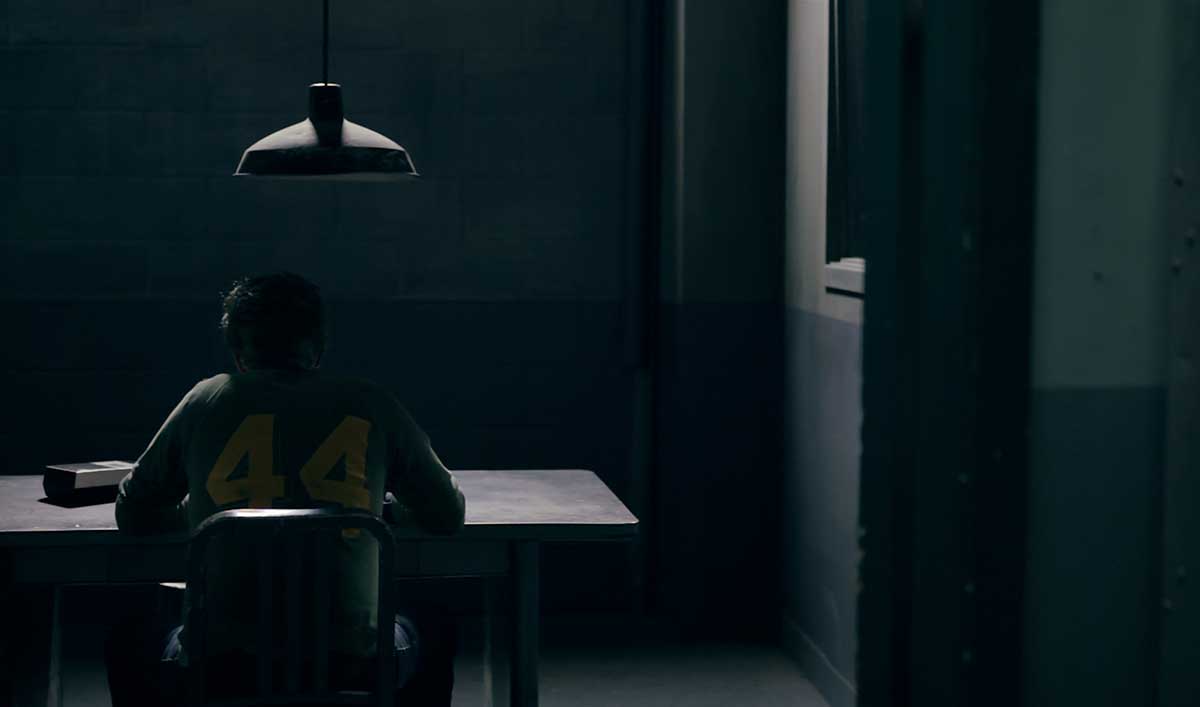 This true crime series tells the extraordinary story of two New York City detectives who are convicted of a sensational murder, their decades-long fight to clear their names, and the hunt for one of the confessed gunmen who may hold all the answers. All 4 episodes are available to binge. *Sundance Now Exclusive Series

For more of the latest news from AMC Networks, sign up for the AMC Insiders Club.

Two Navajo police officers in the 1970s Southwest are forced to challenge their own spiritual beliefs when they search for clues in a double murder case. Dark Winds premieres June 12 on AMC and AMC+.

The stars of legal thriller 61st Street express the impact, timeliness, and personality of the series in an intimate roundtable discussion.

Stars Bob Odenkirk and Rhea Seehorn dig into what fans can expect for the final season of Better Call Saul.

Host Clarke Wolfe has your first look at the making of the final season of Killing Eve.

Police and prosecutors investigate a deadly drug bust that threatens to unravel the police department’s code of silence. 61st Street premieres Sunday, April 10 on AMC and AMC Plus.

The Making of 61st Street

Dive deeper into the making of the new legal thriller, 61st Street, with the cast and crew.

Dark Winds Renewed For A Second Season On AMC/AMC+