Restaurants can be a place of comfort, but they can also be a trap for awkward conversations. Maybe if you go out regularly to the same place with the same person, things are fine. But what happens when you go out on a first date, or go out for a special occasion with someone more suited to arcade food and juice boxes than fine wine and dining? What happens when you can’t escape your dinner date? That's when our favorite homey restaurants transform into chilling prisons of awkward conversations and counting down the minutes.

The latest episode of KEVIN CAN F**K HIMSELF is impressively packed full of awkwardness. Imagine sitting down for dinner with your ex and your ex’s fiancé. You’d feel a bit self-conscious or maybe a bit annoyed, but in all honesty, it would probably be tolerable. You’d get through it, go home, take a long hot shower, then forget all about it. Sure, it was awkward… but it could have been worse right? Well, yes, yes it could have been. 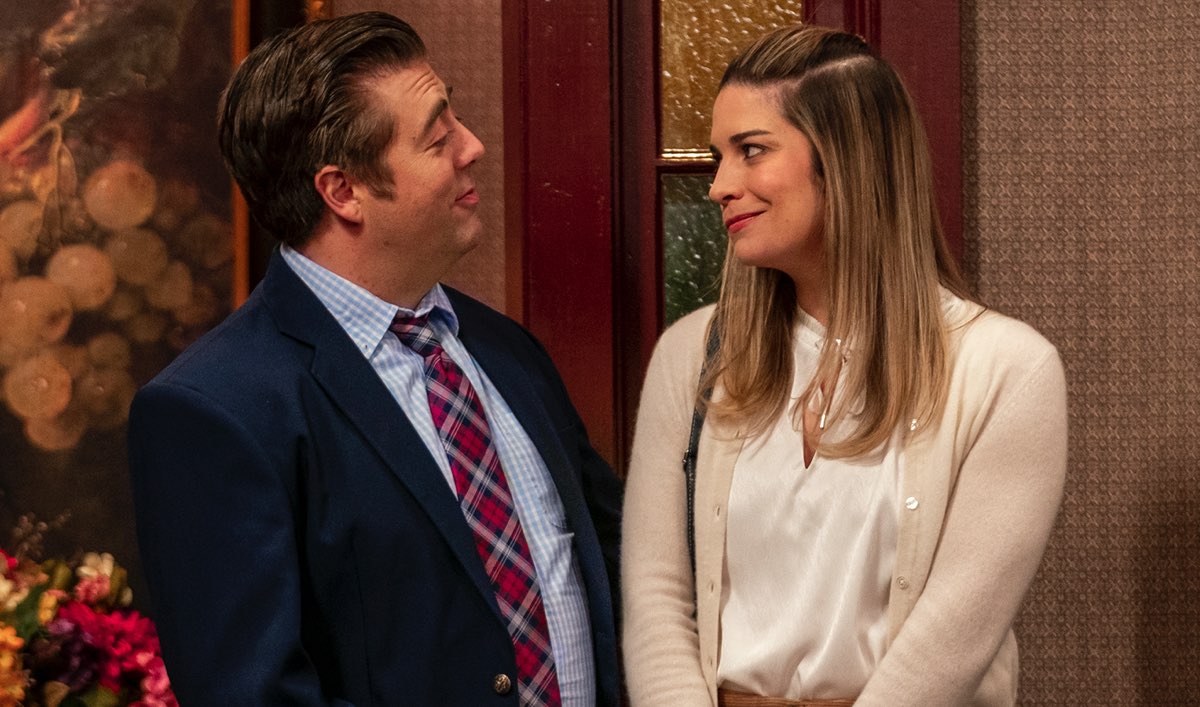 To celebrate Kevin’s birthday, Allison and Kevin go out to “The Grand Victorian House” restaurant for a special dinner. But if you know Kevin, celebrating one-on-one with Allison might sound a bit... off. After all, he excluded her from their wedding anniversary party. Well, Kevin does not cease to be Kevin even for just one episode. Rather than sitting down for a nice bottle of red wine and a pleasant meal with Allison, he two times her with his buddies at Tricky Ricky’s, an arcade across the street. Yes, he leaves every few minutes to go “get something from the car.” How does this go, you ask? Well, it goes horribly.

The awkwardness begins as soon as Allison and Kevin walk into The Grand Victorian House. Before Allison can object, Kevin puts on his favorite grimey, every-color stained tie. We can all imagine Allison’s inner face-palm when a well-groomed (stain-free) waiter comes to take them to their table. Once they sit down, Allison asks for a bottle of the finest red wine. After all, they are celebrating, right? Kevin interjects and says to honor his “womb expulsion” day, they’ll have two glasses of pinot (the cheapest wine). From the look on Allison's face when she takes a sip, it looks to be nearly undrinkable. Their attempts to fit in with fine dining and wining society have failed, and the night has only just begun.

But don’t worry, because it gets worse. Kevin leaves Allison to “check the car.” And now, she’s an open target for charitable couples to adopt, and third wheel it over to their table for a drink. Allison is spotted by Sam (her sort-of lover) and Jen (his wife), who after mistakenly calling her “Addison” forces her to join them (squeezing an extra chair into their two-person table). Can you imagine anything more unbearably awkward? 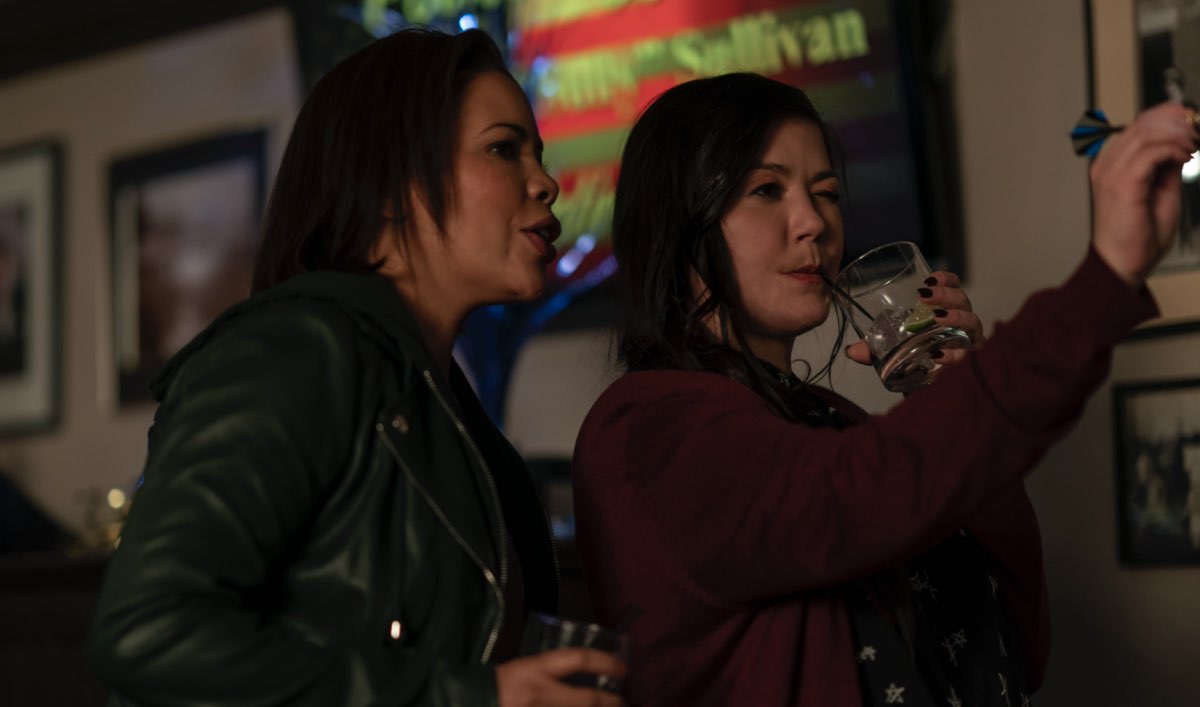 Just ask Patty. She’s on a date and doesn’t even know it. Across the restaurant, at the bar, local cops are having a party. Tammy, an officer with the DEA, just won’t seem to leave Patty alone and has invited her to the bar party. Patty (who as we know is a drug dealer) decides to come out of fear. She (only half-jokingly) confesses she showed up because “the law” told her to. And if that's not awkward enough, Tammy starts to flirt with Patty over her choice of beverage, telling Patty that she only “thinks” she likes beer, but that she needs to “broaden her horizons.” Is this a metaphorical flirt directed at Patty's history of dating men? We think so. Patty doesn’t know if she wants to be flirted with, but she does know that she doesn’t want officer Tammy on her bad side. 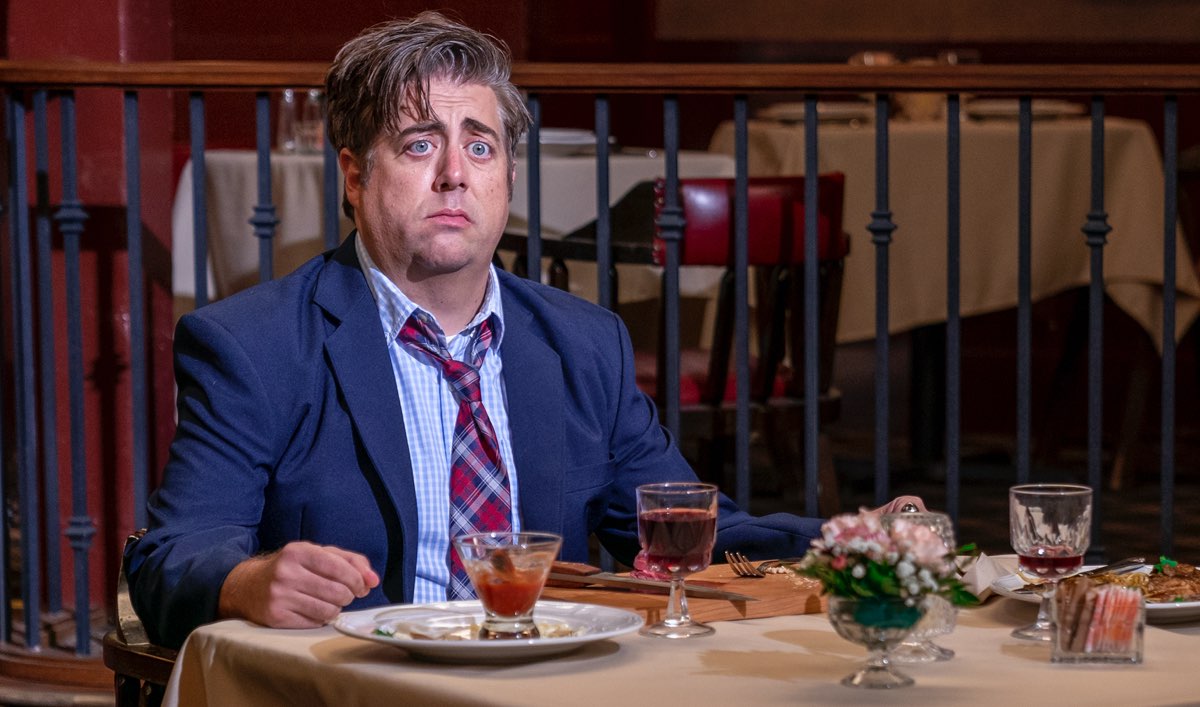 Back at the restaurant, Kevin has finally come back from the “car.” Upon getting back, Kevin notices that Sean Avery has sat down to eat. Kevin is flabbergasted. And Sean takes that as a positive, assuming Kevin is a fan… but oh boy is he wrong. The two quickly get competitive and before Allison can argue him down, Kevin and Sean each order the MIGHTY MOO, a meal meant to be eaten to (near) death. Oh, and one more thing: the waiter who serves the food is the local hitman that Allison hired to kill Kevin.

Now, watching Kevin competitively eat isn't the most desirable thing he could do. But, to make things even more awkward, who shows up but Sam and Jen. And… Jen is a fan of Sean Avery. This reveal causes Kevin to choke on the MIGHTY MOO. Sam jumps in to do the Heimlich, and a piece of half-digested MOO goes flying and hits Allison’s clean white blouse. The scene is comical… but Allison is mortified, to say the least. 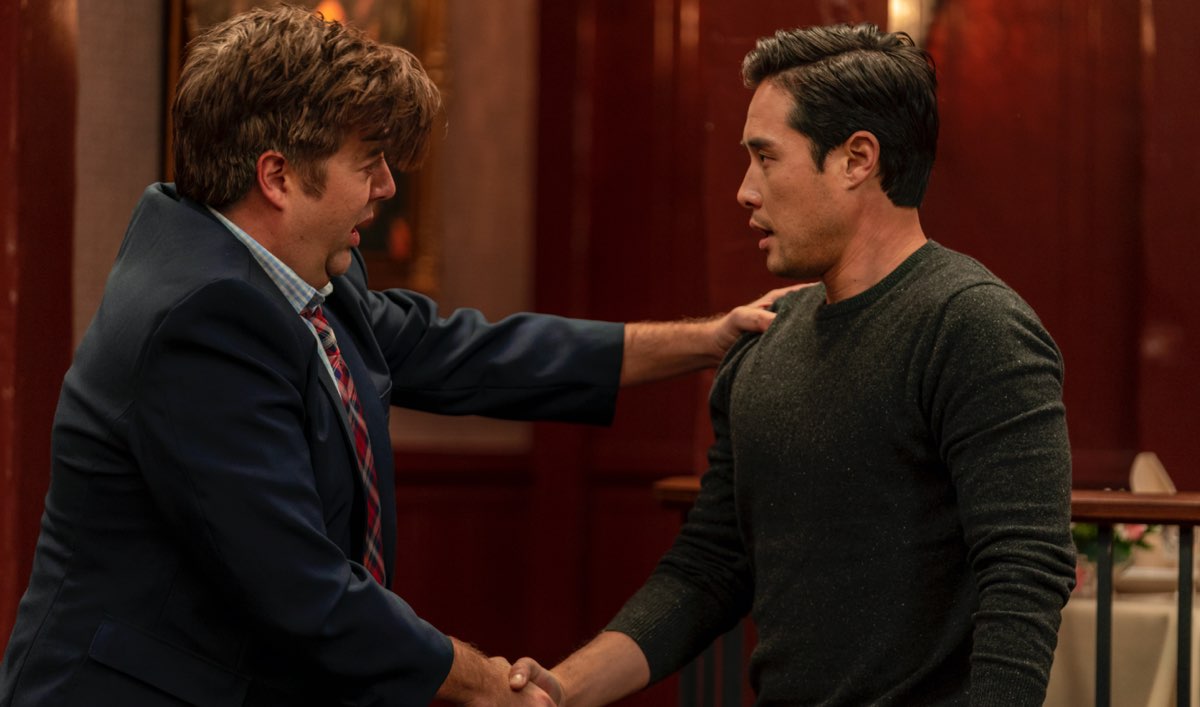 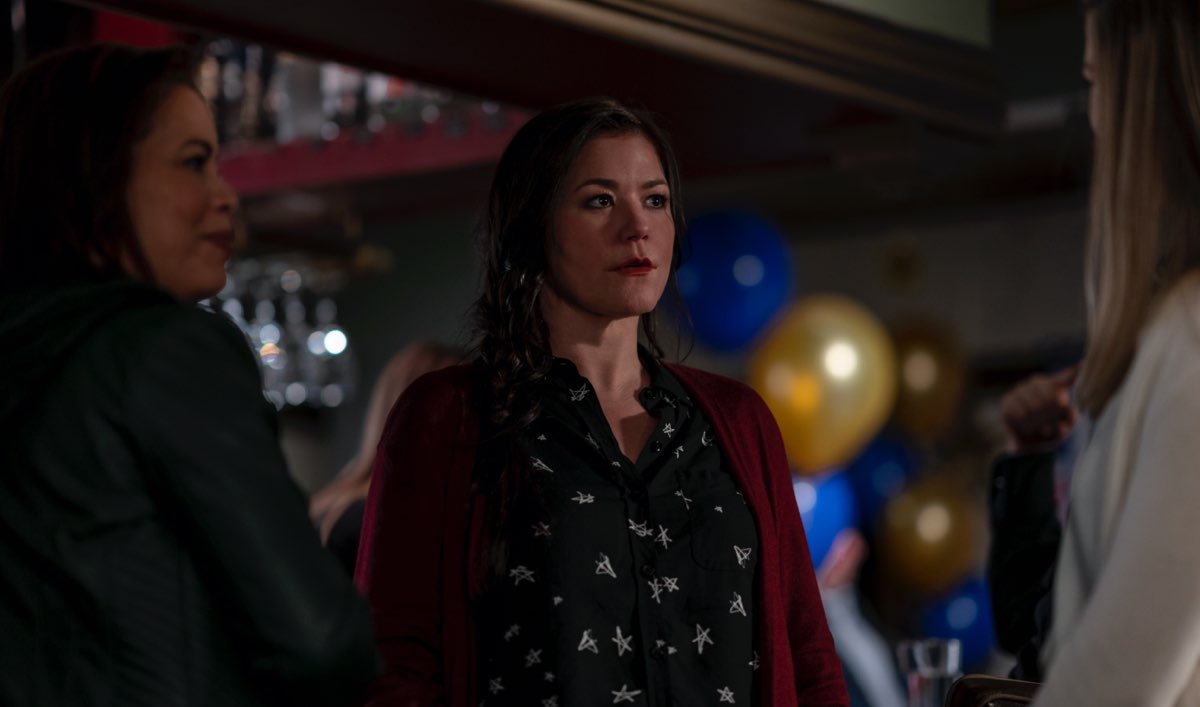 The cherry on top of this awkward episode, is when the two settings collide and Allison finds Patty (her partner in crime) surrounded by a swarm of partying cops. Tammy and Allison definitely feel threatened by each other. Allison thinks Tammy might figure out their shady business, and funnily enough, Tammy feels threatened by Allison because she thinks she's also interested in Patty. Patty stands between them awkwardly, not knowing how to explain that she's sort of on a date, and most definitely hanging out with a bunch of cops.

This latest episode feels like a horror movie. We can’t help but close our eyes and plug our ears as Allison endures awkward encounter after awkward encounter. So, if you're ever on a date, counting the minutes until it ends, remember that Allison stayed sane as her lover battled a hunk of slimy beef out of her husband's throat and onto her, all while her lover’s wife watched. Now that’s awkward!

Episodes of KEVIN CAN F**K HIMSELF are available to stream now on amc.com and the AMC apps. New episodes air Sundays 9/8c and are available one week early on AMC+.