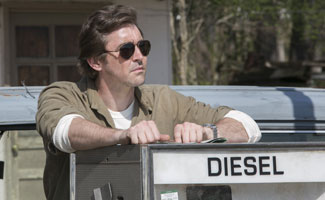 • Ahead of the Season 1 finale, Lee Pace tells The Wall Street Journal that Joe is "a character I love, and a riddle that I’ve been having a really good time trying to solve — who this guy is."

• CarterMatt thinks Halt and Catch Fire is "brilliant and has so many great performances in it."

• The Roanoke (Va.) Times speaks with Pete Burris, who tells his hometown paper that his Halt and Catch Fire "recurring gig is a blessing."