This is the second installment of an ongoing AMC Book Club series that explores what we think our favorite characters are reading. Check back for a new set of books from a new character each month.

Judith Grimes of The Walking Dead, aka ‘Lil Ass Kicker,’ isn’t just any kid. She was born in a Georgia prison, post-apocalypse. The harsh reality of Judith’s life sets in almost immediately upon her entering the world. Her (purported) father, Shane, died before she was even born. Then, Judith arrives via an emergency c-section. Lori Grimes survives the birth, but loses too much blood. Her own son, Carl, must shoot her in the head to prevent her from turning. Judith may not be privy to these details, but they sure set the stage for her complicated and unusual childhood.

By Season 9, Judith is ten years old. In Season 10, Episode 8, “The World Before,” we learn that she’s already read nearly every book back in Alexandria, so she’s more than happy to make a stop at a library on the way to Oceanside. In fact, she basically begs Michonne to do so.

But what does a kid that was born into a world overridden by zombies even want to read? In this second installment of AMC’s Book Club, we imagine the books that Judith might have read so far and what we might expect from her in the future… if she survives.

Over the Moon: An Adoption Tale 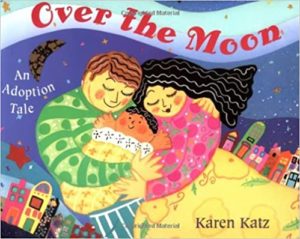 We imagine someone would have given this book to Judith as a child, or maybe have even read it to her before she was able to read herself. With the reality that most parents don’t survive to see their kids grow up, it’s up to their family (blood or chosen) to take up the responsibility of raising the child. The story of Over the Moon: An Adoption Tale is one of a more traditional adoption scenario — a family in one place adopts a child from another. But its focus on the excitement of bringing a new baby into the family, is one that Judith can identify with as her “parents” change over time.

Judith has been looked after by a lot of people in her short life. As a newborn, Carl cared for her when his father Rick was overcome by his grief for Lori. Then of course Rick adopted her as his own, despite believing she was Shane’s daughter by blood. After an attack at the prison, Judith fell into the care of Carol and Tyreese who fought to keep her alive. Eventually they would bring her back to Rick again, and through her relationship with Rick, Michonne would become Judith’s adopted mother.

The I Survived Series 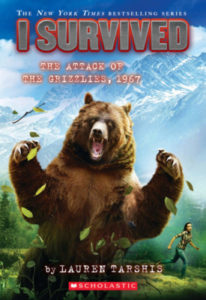 As Michonne’s adopted daughter, Judith has learned to use the same infamous weapon: the katana. She’s also proven she knows how to aim and shoot a gun. Again, she’s not your average ten year old. While survival is everyone else’s new normal, it’s all Judith knows of this life. With the curiosity of a child and the instincts of a true survivor, we have a feeling that Judith would enjoy hearing the stories of others’ survival—especially those involving kids her own age.

With the I Survived series you get those kinds of stories, with the added bonus of getting a glimpse into history as well. For Judith, this is a chance to learn about a world she never got the chance to know. From eleven-year-old Melody Vega coming face-to-face with a grizzly in Glacier National Park during the infamous 1967 grizzly attacks, to ten year old George Calder facing the sinking of the Titanic, these stories can teach Judith that she isn’t the only kid who’s faced unspeakable circumstances.

Rock She Wrote: Women Write About Rock, Pop, and Rap 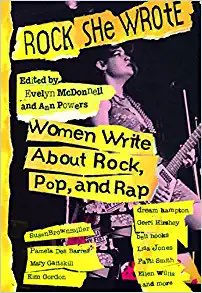 Even though Judith doesn’t have the same access to information that kids have today, that doesn’t mean she’s lacking in curiosity. When she hears Luke humming a tune and asks him about it, he writes the song down for her in her journal. If it hadn’t been already, we know that music is now officially on Judith’s radar.

If Judith is ten years old, she’s really closer to 16 or 17 years in the post-apocalypse world she lives in. So, we know that she can appreciate something that isn’t written for kids. This provocative collection, focuses on works written by women exploring music from the 1960s to the present day. Rock She Wrote: Women Write About Rock, Pop, and Rap is probably a book Judith will have to read when no one else is around. Through this book Judith will learn how one musician can become a sex symbol for an entire generation, how people can love a band so much they become known as “groupies,” and how songs can fuel culture and politics. Basically all the things most of us learned by watching MTV after school.

It’ll be a lot to take in, but as a girl slinging guns and swords, we know she can handle it. 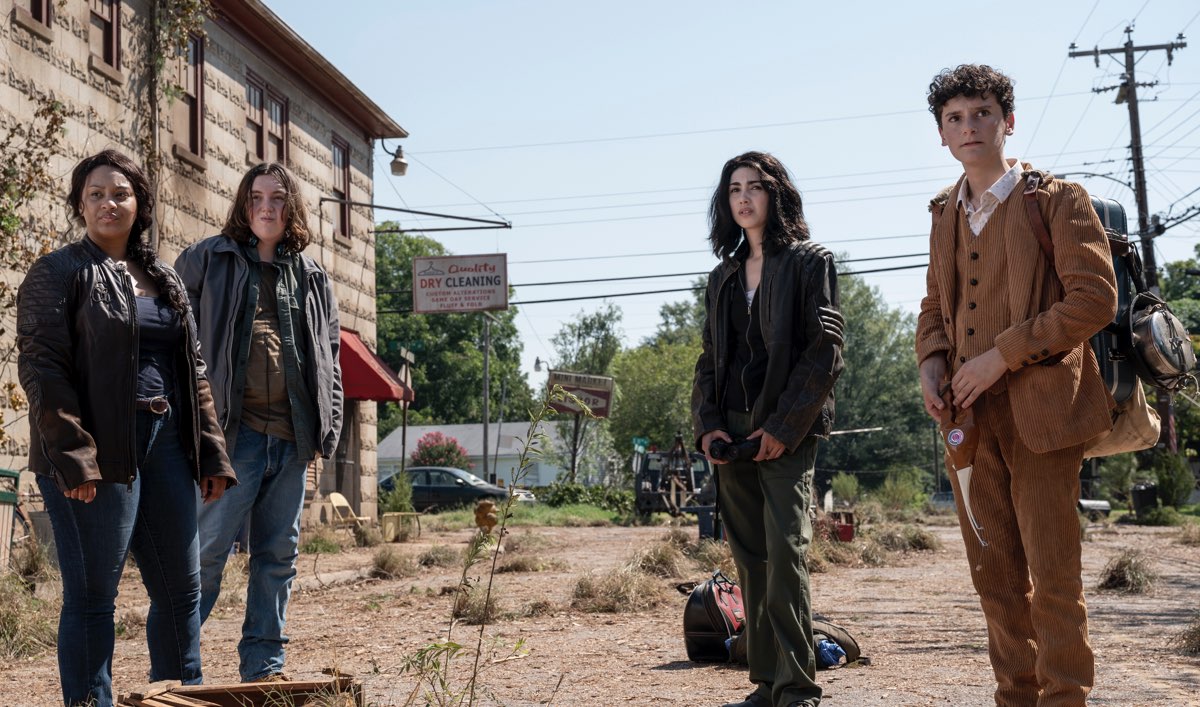 Anyone who watches The Walking Dead has probably witnessed Judith writing something in her journal. She’s committed to documenting the people and events happening around her. As one of the first to be born in the post-apocalyptic world, she will have a lot to teach those that come after her.

Her reading list alone could serve as a solid syllabus for her generation and those to come, including the kids in The Walking Dead: World Beyond. This new story from The Walking Dead universe follows the first generation raised in a surviving civilization of the post-apocalyptic world. Watch a trailer for the new series set to premiere October 4 at 10/9c.

Get more AMC Talk directly to your inbox when you sign up for AMC’s Insider Club.