Check out the below for new first-look photos and mark your calendars for the launch of these upcoming seasons:

DISPATCHES FROM ELSEWHERE
Premieres Sunday, March 1 at 10/9c and Monday, March 2 at 10/9c

AMC’s upcoming original anthology series Dispatches From Elsewhere, created by and starring Jason Segel, is centered around four ordinary people who feel there’s something missing in their lives, but they can’t quite put their finger on what it is. This diverse foursome is brought together by chance – or perhaps it’s by design – when they stumble onto a puzzle hiding just behind the veil of everyday life. As they begin to accept the mysterious ‘Dispatches From Elsewhere’ challenges, they come to find that the mystery winds deeper than they imagined, and their eyes are opened to a world of possibility and magic. The series, which consists of 10 one-hour episodes, stars Segel, Academy and Emmy Award winner Sally Field, Academy Award nominee Richard E. Grant, multi-Grammy Award® winner André Benjamin and rising star Eve Lindley. 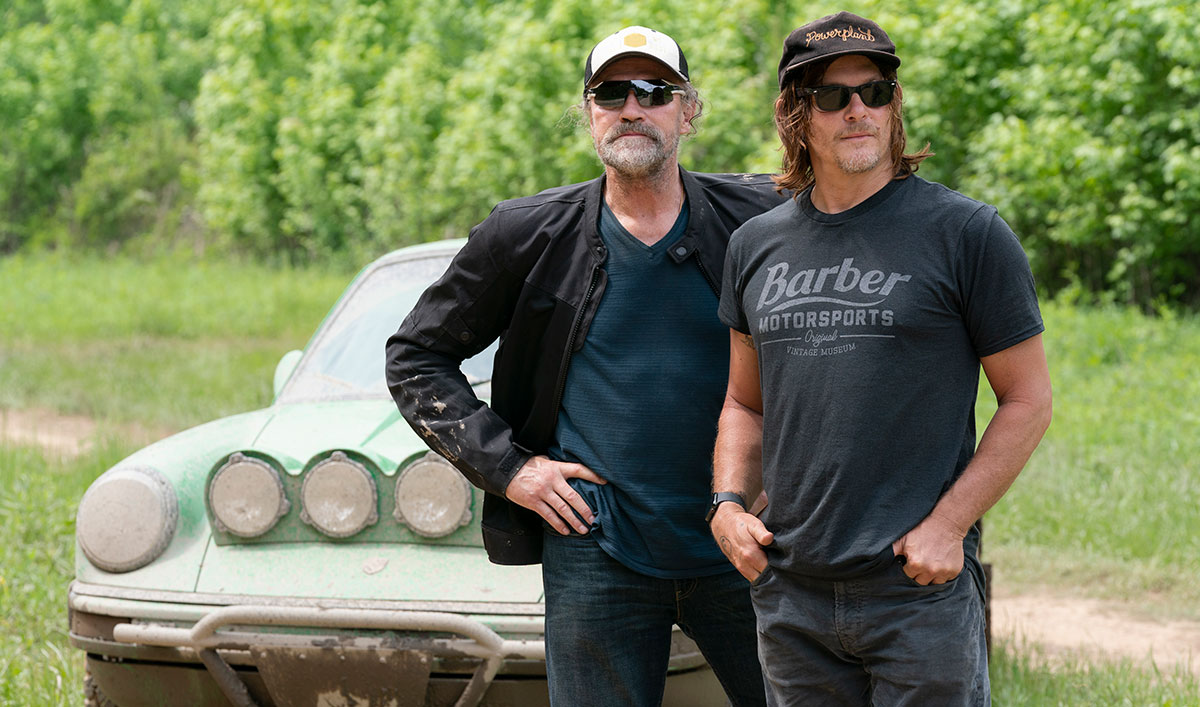 The new season of popular motorcycle travelogue Ride with Norman Reedus, featuring The Walking Dead star and motorcycle enthusiast Norman Reedus revs up as he hits the open road with a riding companion to explore different cultures and experience the best scenery, food, nature and local activities in the U.S. and around the world.  Season 4, which consists of six episodes, features a The Walking Dead Dixon Brothers reunion with Reedus journeying through Alabama and Georgia with his former co-star, Michael Rooker.  Reedus will also be riding through Kentucky, and expanding his international travels with rides in Japan, Costa Rica and Uruguay.  Guest riders include Milo Ventimiglia (This is Us), Ryan Hurst (The Walking Dead), Clifton Collins Jr. (Westworld), Dom Rocket, and Becky Goebel. The series is produced by Left/Right (This American Life, The Circus, James Cameron’s Story of Science Fiction) and Big Bald Head with Ken Druckerman, Banks Tarver, Anneka Jones and Reedus serving as executive producers and Lizzie Ashe as co-executive producer.

THE WALKING DEAD: WORLD BEYOND
Premieres Sunday, April 12 at 10/9c 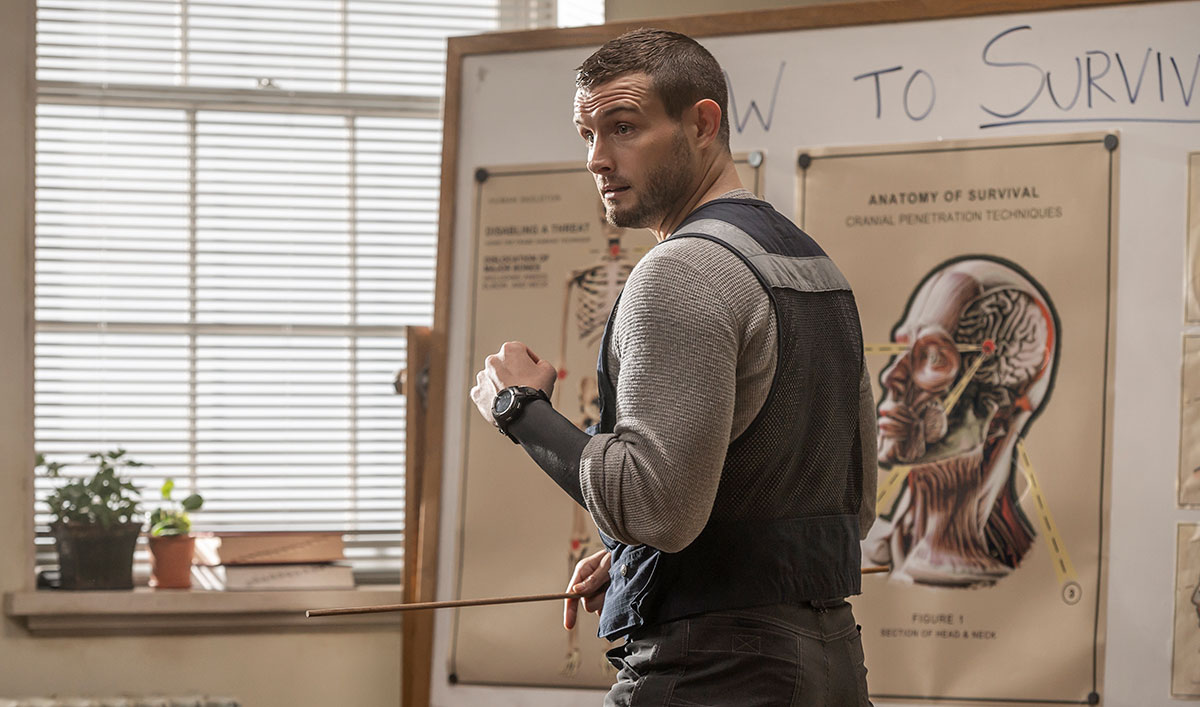 The Walking Dead: World Beyond expands the universe of The Walking Dead, delving into a new mythology and story that follows the first generation raised in a surviving civilization of the post-apocalyptic world. Two sisters along with two friends leave a place of safety and comfort to brave dangers, known and unknown, living and undead on an important quest.  Pursued by those who wish to protect them and those who wish to harm them, a tale of growing up and transformation unfurls across dangerous terrain, challenging everything they know about the world, themselves and each other.  Some will become heroes.  Some will become villains.  But all of them will find the truths they seek.  Co-created by Scott M. Gimple and showrunner Matt Negrete, The Walking Dead: World Beyond stars Aliyah Royale, Alexa Mansour, Annet Mahendru, Nicolas Cantu, Hal Cumpston, Nico Tortorella and Julia Ormond. Produced and distributed by AMC Studios, the series is executive produced by Gimple, Negrete, Robert Kirkman, Gale Anne Hurd, David Alpert and Brian Bockrath. 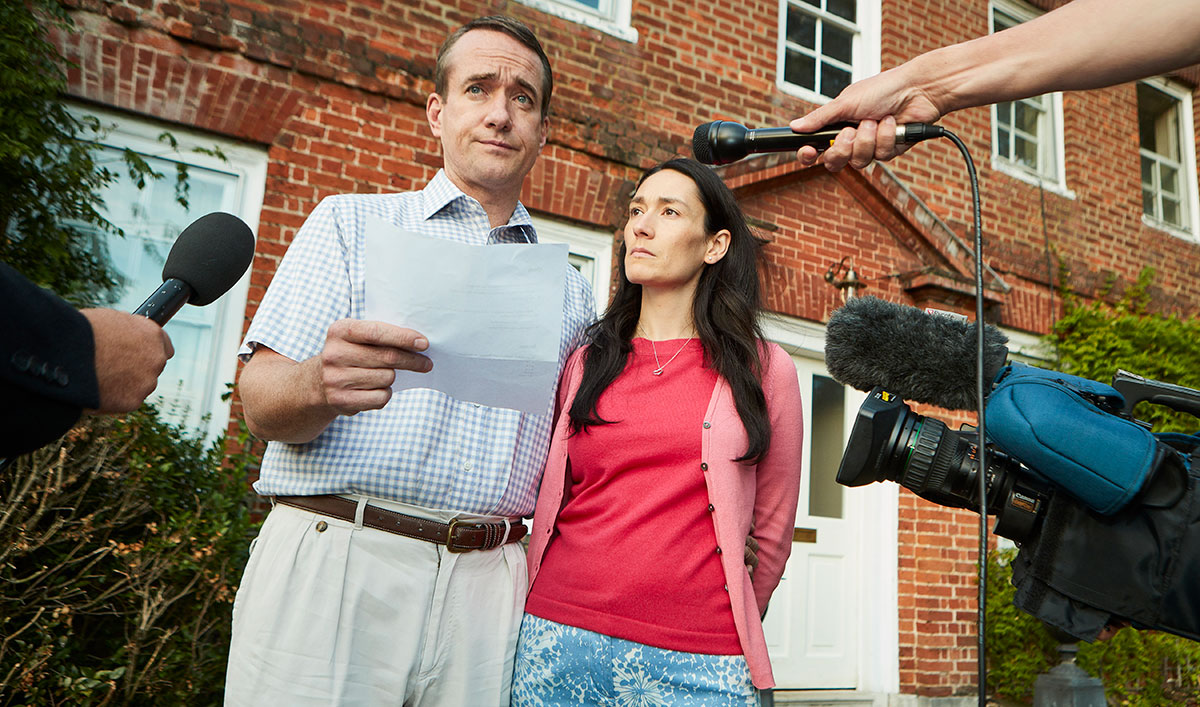 A three-part drama directed by the globally renowned Stephen Frears (A Very English Scandal, Florence Foster Jenkins, Philomena, The Queen) and written by playwright James Graham (Brexit: An Uncivil War, Ink, This House, Labour of Love), Quiz tells the extraordinary and sensational story of how Charles and Diana Ingram attempted an ‘audacious heist’ on the quiz show Who Wants to Be a Millionaire? Major Ingram (Matthew Macfadyen), his wife Diana (Sian Clifford) and an accomplice, Tecwen Whittock (Michael Jibson), who was sitting in the audience, were accused of cheating their way to a million pounds on what was the most popular game show on earth in 2001. The couple stood trial for conspiring by coughing during the recording to signify the correct answers to the multiple-choice questions posed to the Major by host, Chris Tarrant (Michael Sheen).  Quiz is a Left Bank Pictures co-production for ITV and AMC and is distributed by Sony Pictures Television, which also owns and distributes Who Wants To Be A Millionaire? worldwide. Produced by Alice Pearse (Origin, Gregor), and executive produced by Dan Winch (A Very English Scandal, Broadchurch), William Village, James Graham, Stephen Frears and Left Bank CEO, Andy Harries.

The third season of the critically-acclaimed and award-winning Killing Eve continues the story of two women with brutal pasts, addicted to each other but now trying desperately to live their lives without their drug of choice.  For Villanelle (Emmy® winner Jodie Comer), the assassin without a job, Eve (Golden Globe® winner Sandra Oh) is dead.  For Eve, the ex-MI6 operative hiding in plain sight, Villanelle will never find her.  All seems fine until a shocking and personal death sets them on a collision course yet again.  The journey back to each other will cost both of them friends, family, and allegiances…and perhaps a share of their souls.  Killing Eve stars Oh and Comer, alongside Emmy® nominee and BAFTA winner Fiona Shaw and BAFTA nominee Kim Bodnia. New additions to the cast for this season include Dame Harriet Walter, Danny Sapani, Gemma Whelan, Camille Cottin, Steve Pemberton, Raj Bajaj, Turlough Convery, Pedja Bjelac and Evgenia Dodina. Suzanne Heathcote serves as lead writer and executive producer for season three, continuing the tradition of passing the baton to a new female writing voice, and Sally Woodward Gentle, Lee Morris, Phoebe Waller-Bridge, Gina Mingacci, Damon Thomas, Jeff Melvoin, Suzanne Heathcote and Sandra Oh are executive producers.  Killing Eve is produced by Sid Gentle Films Ltd. for BBC AMERICA and is distributed by Endeavor Content.  Killing Eve has already been renewed for a fourth season, coming 2021.

For more information about Year of the Rabbit, head to IFC.com.

It’s 15 years into the dystopian future and Jim Brockmire (Hank Azaria) is now the Commissioner of baseball. After his wife’s infidelities decades ago triggered a public meltdown and sent him on a drug-fueled tear across the globe, the once legendary baseball announcer is now back on top and his struggles with sobriety are behind him. However, at this later stage of his life he is tasked with saving America’s pastime as the world around him descends into chaos, all while trying to salvage his relationship with his newfound daughter (Reina Hardesty) and rekindle the love he once had for Jules (Amanda Peet). This darkly comedic series stars Hank Azaria and Amanda Peet. This season features guest stars Joe Buck, Paul F. Tompkins, Katie Finneran, Ego Nwodim, and Tyrel Jackson Williams.

For more videos, photos and news about Brockmire, head to IFC.com.

Acclaimed modern-day psychological thriller series, Liar returns for a second season, picking up three weeks after damning evidence proved Andrew Earlham sexually assaulted 19 women, when his body is found in the Kent marshes. As one of Andrew’s more recent victims, Laura Nielson can’t help feeling relieved by the news of his death. The last three weeks spent with him out there and missing have not been easy. Yet the seaside community is rocked when the case quickly becomes a murder investigation. Out of town officer DI Karen Renton is put in charge of the case, and together with DS Rory Maxwell, they begin to unpack the events of the three crucial weeks leading up to Andrew’s death. As the search to find Andrew’s killer gains momentum, many will be forced to face up to the secrets of their recent past, secrets many of them hope will stay buried. Written by Harry and Jack Williams of Two Brothers Pictures (The Missing, Fleabag) and starring Joanne Froggatt (Downton Abbey) and Ioan Gruffudd (Fantastic Four), the six-part thriller will feature several new characters for the final chapter, including Katherine Kelly (Cheat, Mr Selfridge, The Night Manager) as DI Karen Renton, Howard Charles (The Widow, Musketeers) as Carl Peterson and Amy Nuttall (Downton Abbey, My Fair Lady) as Winnie Peterson.

For more videos, photos and news about Liar, check out the show website on SundanceTV.com.

Get all of the latest news about AMC Networks delivered directly to you by signing up for the AMC Weekly.