Whether she’s teasing the men at the office or calling Don out for his selfish behavior, Mad Men‘s Joan Harris has proven she’s not to be trifled with. AMC asked actress Christina Hendricks to share her insights on some of her character’s most memorable moments. 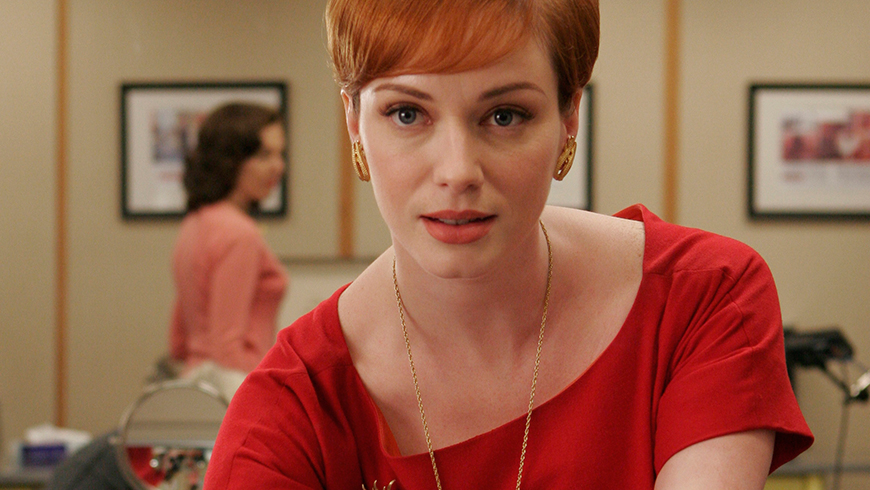 “I love the Belle Jolie lipstick scene, where Joan leans over and shows the men her derriere. I thought that was a great Joan moment. It showed how powerful and in control of the situation she was. She knew there were men on the other side saying despicable things, and she took it into her own hands and made it her joke and made it her moment. I thought that I was a defining moment for her character.” 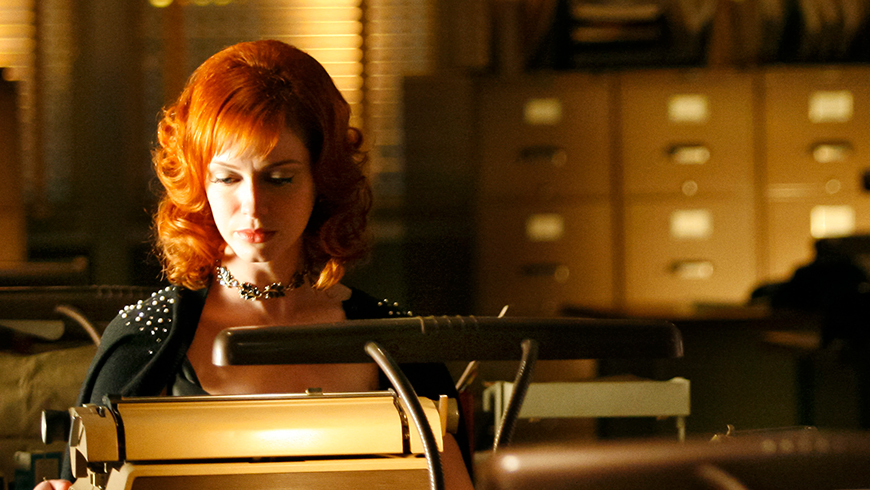 “Roger’s had a heart attack and he comes into the office and Joan’s putting makeup on his face so he looks a little healthier — so that his circumstances aren’t revealed to the office and he can show some strength. It was one of my favorite scenes that we’ve ever gotten to do. To me, it was Joan with her lover that she was not allowed to love and no one was supposed to know it, and so she was having this very private moment with someone she cares very deeply about and taking care of him, pulling it together, and showing strength for him when she was feeling so vulnerable. But really not addressing her needs in any way, addressing everyone else’s. That, to me, was very touching.”

“This scene is an important scene for our audience and a very memorable scene. And it caused a lot of conversation and discussion, which I think is important because it wasn’t an incredibly violent rape, it was probably a more common rape. Because it was her fiancé and because of certain circumstances, people would say, ‘Oh remember, when Joan sort of got raped?’ But Joan just flat out got raped. I think it was an important discussion, and I was proud of how we handled it.” 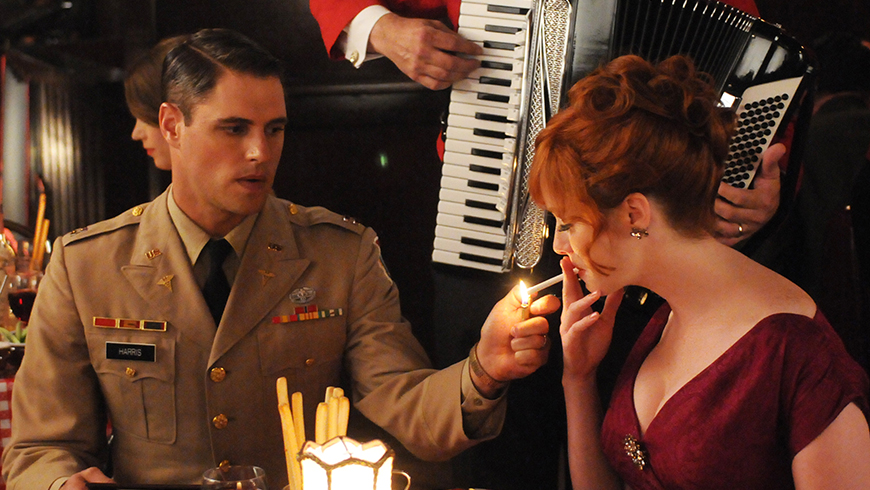 “I really love the scene where Joan leaves Greg, finally. I think that was a really important scene for the character and in the world where Joan does always pull it together and keep things in order… She’s just reached her limit.” 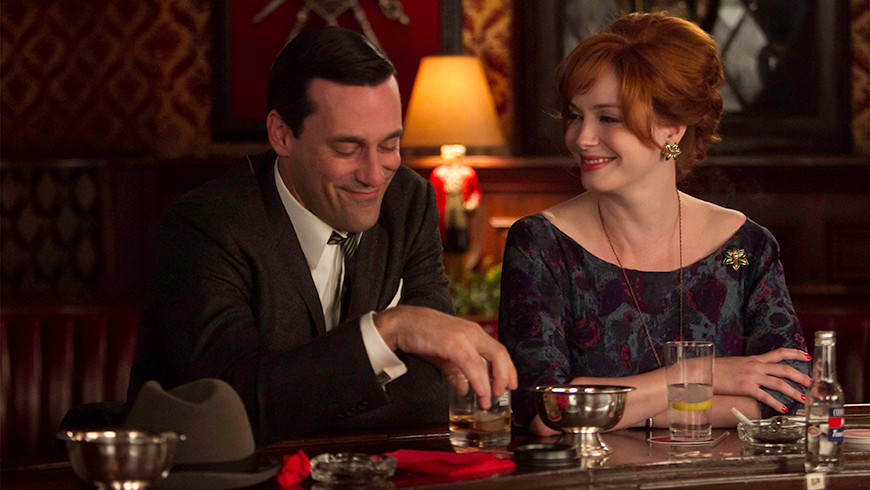 “I love this scene with Joan and Don at the bar when she gets a divorce and he just takes her out to make her feel better and they just have a really nice friend moment, along with getting a little drunk and flirty, and I just thought that was a really fun scene.” 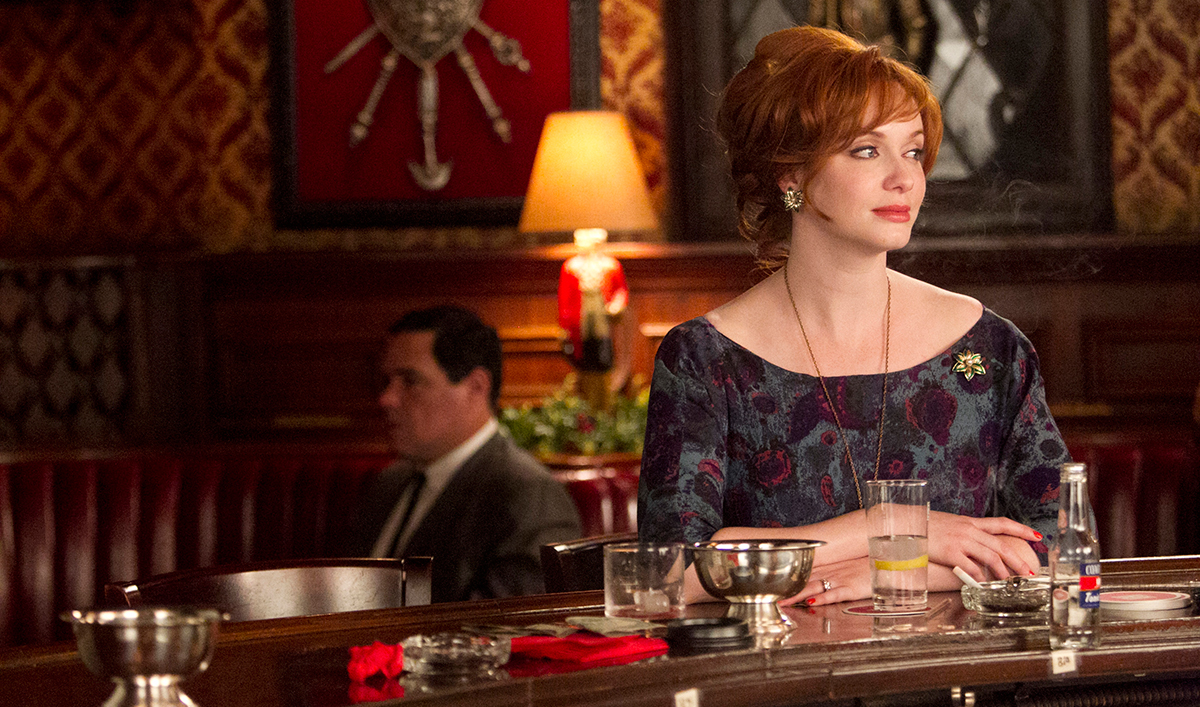 Christina Hendricks on Six of Her Favorite Joan Scenes

“I really loved the scene where Joan turns on Don and says, ‘Just once I’d like you to hear you say the word “we.”‘ He’s taken money straight from her hands and straight from her child, without even blinking an eye. It’s an extraordinarily selfish moment, and she’s had enough. And she’s flying off the handle a little bit, but she has to say something.”