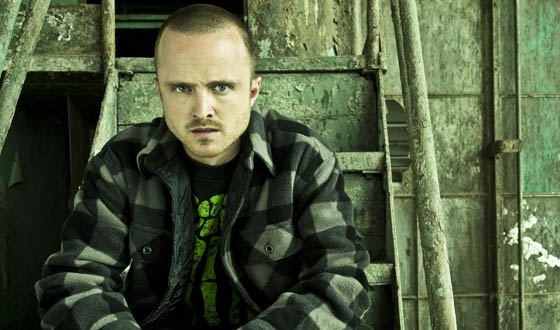 The Breaking Bad win of the evening at tonight’s 64th Primetime Emmy Awards went to Aaron Paul for Outstanding Supporting Actor in a Drama Series. It was his third nomination for his portrayal of Jesse Pinkman and his second Emmy win. “Oh my God” Paul said, accepting the award. He directly addressed fellow cast member and nominee Giancarlo Esposito, calling it an honor to share the category with him and concluded his speech with thanking Vince Gilligan and the writing staff for not killing him off.