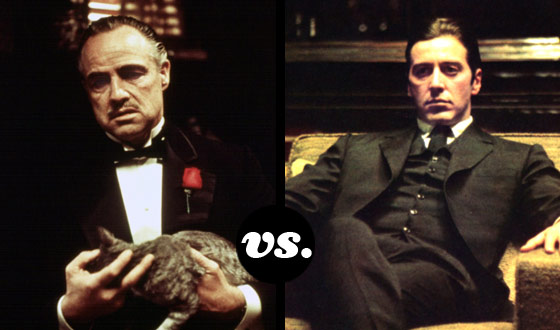 Ah, the holidays. A time for family and fellow acquaintances to gather together for food — and fighting. Well, at least that’s how it would probably be at the Corleone compound. Picture the chaos that would ensue if Michael tried to muscle in on Sonny’s share of turkey breast. Would Vito still retain his place at the head of the table if Hyman Roth showed up? And good luck, Tom, getting Moe Greene to say grace before digging in. This is a tough crowd. No doubt: a meal with this mob could turn into a fatal feast. So when it finally comes to blows, which gangster do you think stands the best chance of making it to the final course?

After you’ve played, spend Thanksgiving with the Corleones, when AMC airs The Godfather and The Godfather: Part II back-to-back all day on Thu., Nov. 24.