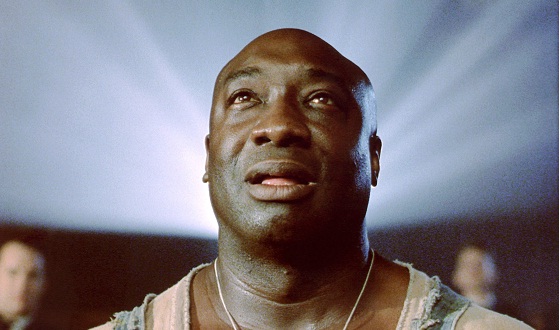 Serial killers, sociopaths, monsters, alien menaces: Stephen King has written about them all single-handedly. However, many of his most memorable characters go through life with talents that are, quite frankly, a little more unique. Some have these supernatural powers under control; others don’t. Some use their gifts for good; others use them for evil. But which character’s mystical abilities are the coolest? Here we rank the top ten.

10. Psychic Powers – Ted Brautigan (Anthony Hopkins), Hearts in Atlantis
Brautigan arrives in a small town and befriends a boy harassed by the local bully. Using his psychic skills, Brautigan protects his new young pal. (Apparently, the mean kid’s got a cross-dressing habit he’d rather keep secret!) Score one for the little guy. But the gift of reading people’s minds proves futile in Brautigan’s efforts to elude the evil “low men” after him.

9. Demonic Possession – Christine (1958 Plymouth Fury), Christine
Restoring a vintage car has its problems; possession by an evil spirit is the worst of them. Sure, Christine ends up giving her nerdy owner, Arnie, more confidence. Sadly, she also turns him into a psychopath. Getting revenge on school bullies is sweet, but once the car tries to kill your benevolent girlfriend it’s time to trade it in.

8. Extrasensory Perception – Danny Torrance (Danny Lloyd), The Shining
Long before Haley Joel Osment was seeing dead people in The Sixth Sense, 5-year-old Danny was encountering ghosts in every corner of the Overlook Hotel. That gift helps him survive a murderous father. That should never be underrated.

7. Curses – Tadzu Lempke (Michael Constantine), Thinner
When Lempke’s daughter is killed by unrepentant, overweight Billy Halleck, the old Gypsy puts a curse on him that causes him to starve, no matter how much he eats. It’s an awful fate but a pretty cool way to make sure the jerk gets his just deserts.

6. Precognition and Mind Reading – Johnny Smith (Christopher Walken), The Dead Zone
Head trauma and a four-year coma leave schoolteacher Smith able to sense people’s thoughts and catch glimpses of the future. That sounds cooler than it turns out to be. Smith does nail a child killer and stop a madman from becoming president, but the price is heavy.

5. Mental Telepathy – Beaver (Jason Lee), Duddits (Donnie Wahlberg), Henry (Thomas Jane), Jonesy (Damian Lewis), and Pete (Timothy Olyphant), Dreamcatcher
As a child, the mentally challenged Duddits shares his telepathic gift with the boys who rescue him from bullies. Revenge is a common theme for King, but these guys get a bump up the list for using their powers as a team to save the world from aliens.

4. Healing – John Coffey (Michael Clarke Duncan), The Green Mile
Accused rapist-murderer Coffey may be on death row, but he also has the power to cure the sick and raise the dead. This talent may not be as flashy as setting spontaneous bonfires, but it’s pretty impressive. Plus Tom Hanks is given the ability to live forever — if that’s a blessing.

3. Pyrokinesis – Charlene “Charlie” McGee (Drew Barrymore), Firestarter
Thanks to her parents’ participation in top secret government experiments, little Charlie can set things on fire just by thinking about them. Her power is a mixed bag: on the one hand, she’s got ruthless agents looking to exploit her. On the other, she can defend herself.

2. Telekinesis – Carrie White (Sissy Spacek), Carrie
Outcast Carrie takes a whole lot of flak — especially from the mean girls at school and her puritanical mother — before she unleashes her secret gift: she can move things with her mind. Things like knives. If the prom-night retaliation isn’t every reject’s fantasy, what is?

1. Shape-shifting, Teleportation, Mind Control, and More – Randall Flagg (Jamey Sheridan), The Stand
You name it, Flagg can do it. Unfortunately, he uses every magical gift to do terrible things. He doesn’t earn the top spot for being Mr. Nice Guy. He earns it because he’s King’s most powerful character. Plus he’s got staying power: King’s featured Flagg in at least nine novels.