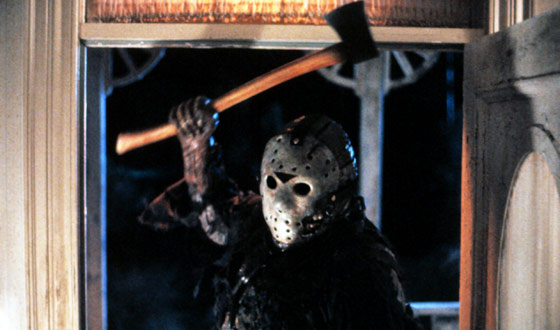 If Halloween‘s Michael Myers, Friday the 13th‘s Jason Voorhees, and The Texas Chain Saw Massacre‘s Leatherface are any indication, one thing every great horror killer needs is a good mask. It’s been said that you are what you wear, so what does that mean for the most iconic mass murderers? Here we take a look at some of their façades to gain insight into the men behind the masks. The results not only reveal their killer instincts but in some cases their killer eyes for fashion.

Ghost Face, Scream
Have you ever had someone mimic your every move? Like he’s playing a game with you and he thinks he’s so funny? That’s Ghost Face. You look terrified. He looks terrified. You run. He runs. But what Ghost Face is really trying to hide with his twisted sense of humor and his mocking mask is a sensitive soul. This is, after all, an art lover — a guy who modeled his disguise after Munch’s painting The Scream.

Jason Voorhees, Friday the 13th Part 2
Before Jason used a hockey mask on his killing sprees, he covered himself with this self-made number that’s wonderfully shabby chic. Jason can get pretty creative in his killing methods. (Remember the harpoon through a camera lens into someone’s eye?) So it’s no surprise that he would shake things up with an asymmetrical look, cutting just one eyehole out of the pillowcase. Genius. That’s the kind of personal touch that Martha Stewart would admire.

Jason Voorhees, Friday the 13th Part III
Okay: pillowcases will last only so long when you’re a blood bather like Jason. Also opportunities for slaying your prey may be missed while mending your tattered headwear. The message of this goalie mask is loud and clear: nothing will get past this guy. Yes, sometimes a plucky young woman manages to survive, but odds are if someone comes into contact with him he or she is dead meat. Now he can focus his creative efforts solely on killing.

Man in the Mask, The Strangers
This killer may not value human life, but his snazzy suit suggests that he values his appearance. By accessorizing with this comfy mask that can double as a pocket kerchief, he can easily transition from day- to eveningwear — a practical solution for a murderous clotheshorse who’s busy traveling door-to-door looking for his next victim. Dressing sharply also improves his chances of being invited in for tea. This guy is one smooth operator.

Leslie Vernon, Behind the Mask: The Rise of Leslie Vernon
Aspiring serial killer Leslie Vernon says Myers and Voorhees are his inspirations. But his choice of mask suggests they’re not the only ones. Those big dark eyes. That long thin mouth. He’s a dead ringer for The Nightmare Before Christmas‘s Jack Skellington. Leslie’s a Tim Burton fan too! Knowing this could come in handy should you find Leslie in your living room: turn on the TV and distract him with a video of Edward Scissorhands while you make your escape.

Leatherface, The Texas Chain Saw Massacre
In a world where everything seems to be artificial, Leatherface is the man keeping it real with masks that are au naturel. Sure, a plastic mask would be easier to get. But would it be the same? No. And if he could talk, Leatherface would be the first to tell you that faux leather just doesn’t breath like real flesh. This is one area where he just won’t settle for less. Who would have thought? Out of all these masked murderers — he’s the biggest snob.

Michael Myers, Halloween
Two months after Labor Day and this guy shows up wearing white. Now, that is scary: it’s such an obvious fashion faux pas. Clearly, Myers plays by his own rules. He’s going to do whatever he wants, even if it’s in poor taste. When it comes to overall body count, Myers may win, hands down, but ultimately he’s the most uncouth killer of the bunch.