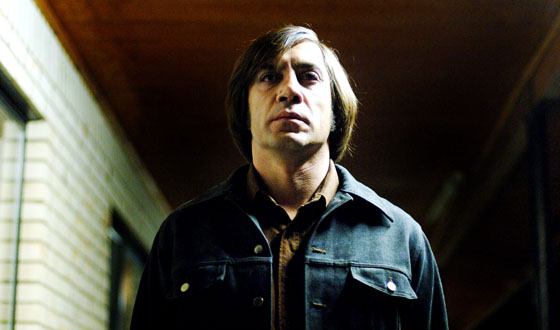 Since hitting the scene with Blood Simple, Joel and Ethan Coen have successfully thrown themselves at every type of movie imaginable — screwball comedies, neo noirs, crime pics, and even Westerns. But the Coen brothers’ movies all have a few things in common: they’re all weird, crackling dialogue predominates, and they’re all good. So deciding which pic is better than the rest is no easy task. But the heavy lifting has been done, and here are the best movies by the Coen brothers.

1. Miller’s Crossing (1990)
One of the greatest — and most overlooked — mob movies ever, Miller’s Crossing owes more of a debt to the gangster movies of the fifties than to flicks like The Godfather. You’ll probably need to see this pic twice to untangle its intricate and entrancing plot, but stylish sequences like Albert Finney’s narrow escape from assassins — set to the tune of “Danny Boy” and machine-gun fire — will make you want to anyway.

2. No Country for Old Men (2007)
This Texas crime tale won the Coens their first Oscar for Best Picture. Its success is in its storytelling and dialogue, but No Country also contains the best ensemble performance of any Coen-brothers flick (and that’s saying something!), highlighted by Javier Bardem as a hit man who bears more than a passing resemblance to Johnny Ramone and the Grim Reaper. But Josh Brolin’s great as a good old boy, too, and when is Tommy Lee Jones not entertaining? No wonder this flick nabbed four Oscars.

3. The Big Lebowski (1998)
This L.A.-set detective farce is definitely worthy of its huge cult following. What’s the attraction? Quotable dialogue, trippy retro sequences, and a shaggy-dog performance by Jeff Bridges as the Dude that really ties the whole movie together. The rest of the top-notch ensemble includes John Goodman as a pistol-packing survivalist, as well as Sam Elliott, playing the sage cowboy who serves as the movie’s emcee. Altogether, The Big Lebowski is less about its wacky plot than providing a forum to hang out with some demented friends.

4. Raising Arizona (1987)
Becoming a parent is the phobia at the core of this footloose comedy. Nicholas Cage is at his anguished best as an ex-con father whose wife (Holly Hunter) can’t conceive — leading him to swipe a photogenic infant from the outsize litter of a furniture tycoon. Raising Arizona is the Coens at their most zany and surreal — unreeling at a breathless pace and marking their first collaboration with the always-entertaining John Goodman.

5. Fargo (1996)
Typically, the criminals involved in this movie’s ransom scheme — Buscemi and William H. Macy — are dumb as bricks and in way over their heads. Toeing the line between comedy and tragedy, Fargo shows the Coens’ penchant for delving into regional America and marks their first foray into their native Midwest. And while Frances McDormand steals the show onscreen, the full product gained the brothers traction with the Academy — earning them nominations for Best Picture and Director.

7. True Grit (2010): The Coens didn’t just dodge a bullet — they hit the bull’seye when they successfully remade this John Wayne classic. In fact, by eschewing the sunny ending of the 1969 version, they may have even bested the original.

9. The Man Who Wasn’t There (2001): The Coens take a full-blown plunge into black-and-white noir with this shadow-strewn crime tale in which an existentially addled barber (Billy Bob Thornton) comes closer to a nervous breakdown with every snip of the scissors.

10. The Hudsucker Proxy (1994): This underrated gem tanked at the box office, but remains one of the Coens’ most charming and technically dazzling movies. The mammoth sets nod to Metropolis while the rapid-fire dialogue would compare well with the screwball comedies of the thirties.