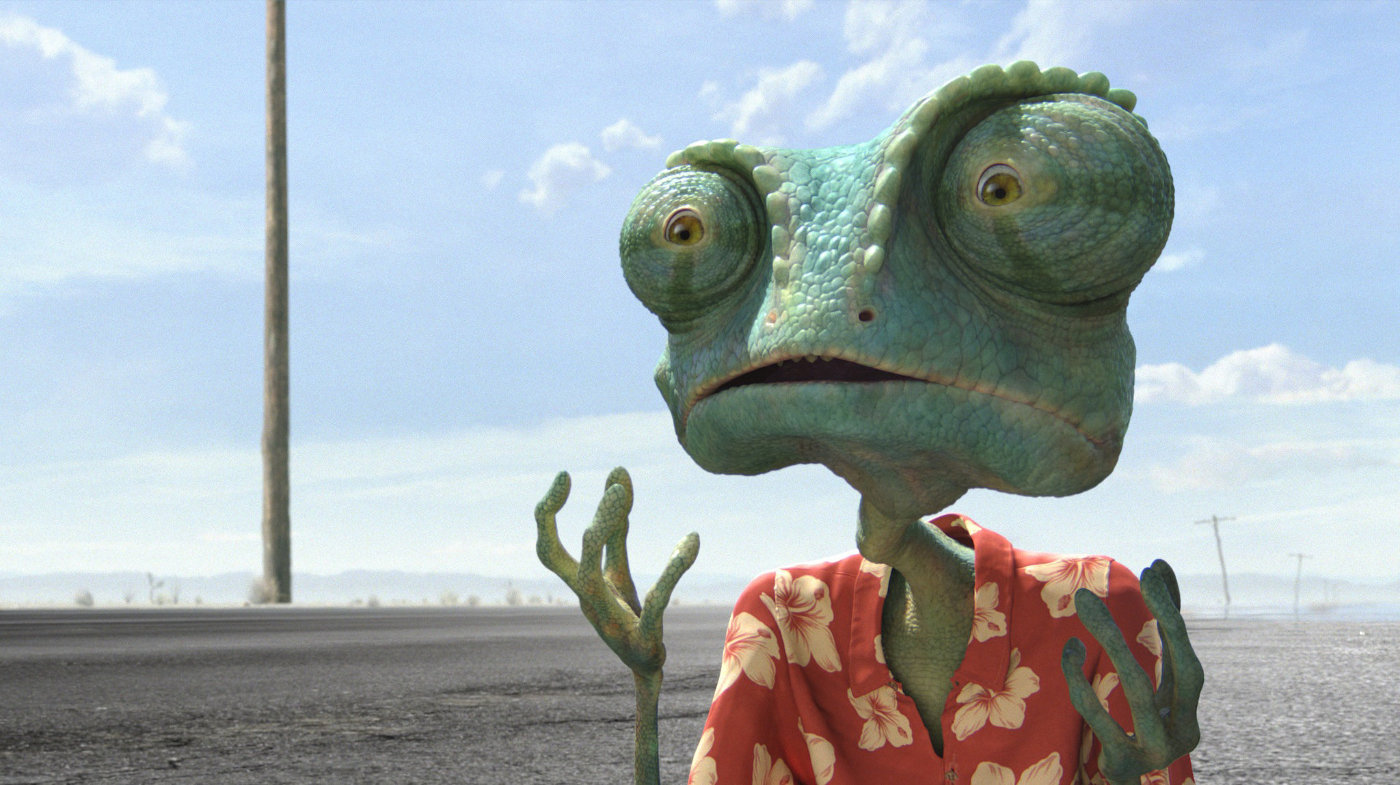 Since apparently Johnny Depp and director Gore Verbinski had so much fun playing pirates in the Caribbean, it made sense for them to team up for this in-jokey animated film about a hapless chameleon (looking a lot like the late Hunter S. Thompson) who becomes a reluctant hero when his adopted town is threatened. “Rango is an absolutely wonderful film that almost inexplicably blends adventure with introspection,” our critic wrote, calling it “a sumptuous Western with surrealist tendencies about the infuriating but ultimately rewarding quest for identity.” On sale July 15.

Matthew McConaughey plays the Lincoln-chauffeured lawyer of the title in this by-the-numbers legal drama (based on a Michael Connelly novel) wherein the cool and detached attorney takes the case of a spoiled, rich murder suspect — a case that quickly upends his cozy life. “This is a film that occasionally approaches the gritty, profane, and darkly wise legal thriller that it wants to be,” our writer said, “but never quite knows how to get there.”

An old-fashioned scary movie from the makers of the Saw
franchise, this horrorshow about two parents who are told by a psychic
that their son (whom they think is in a coma) is actually being attacked
by evil spirits, is, according to our writer, “the most delightful
celluloid dark ride of this or any other year” and “a classic just
waiting to be confirmed.”

Uncle Boonmee Who Can Recall His Past Lives

A
critically-ill man returns to his family farm in this surreal and
mystical Thai film where all manner of supernatural beings and events
occur in the dark jungles surrounding the farm, very few of which are
explained (including ghost monkeys, strangely romantic fish, and visions
of reincarnation). We called this moody, spiritual story “humorous,
delicate and oddly moving.”

Russell
Brand’s no Dudley Moore, you say? True, but then this isn’t 1981, when
the original Arthur was released, and this one has Helen Mirren, so that
should count for something. The story, if you need to be enlightened,
follows the titular spoiled man-child (Brand) who’s resisting an
arranged marriage to a woman he doesn’t love (Jennifer Garner), falling
instead for a goofy and unapproved dame (Greta Gerwig) and thus
threatening his inheritance. Mirren plays the disapproving nanny/butler
in a remake that our critic found surprisingly good and well-acted, praising the filmmakers for giving “this latest Arthur a likable life of its own.” On sale July 15.

This sprawling work by artist-turned-filmmaker Julian Schnabel (The Diving Bell and the Butterfly)
takes on a large cast of characters and casts its story-net over some
60 years of history, starting with the 1948 founding of Israel. Hiam
Abbass and Slumdog Millionaire‘s Frieda Pinto star in a film that
our critic thought was ambitious and brave enough to deserve “being
applauded,” but whose lack of a solid dramatic core ensures that it
ultimately “misses the mark.”

Since there’s yet to be a smart, scary, innovative horror film (like, say, 2007’s [REC]) that producers didn’t want to mangle with an uninspired sequel, [REC] 2
– which picks up right where the first one left off — with a SWAT team
trapped inside an apartment building full of flesh-eating zombies — was
perhaps inevitable. Our writer thought that the ending tries to make up
for the film’s many failings, “but ends up rehashing the first film’s
night vision climax and failing to muster even half of the original’s
breath-holding horror.”

When
Terry Gilliam’s sci-fi Orwellian comedy-nightmare freakout opened in
1985, it was considered by some (particularly the people who paid for
it) a confusing downer whose more outré elements (the torture-happy
police state, especially) seemed a bit far-fetched. These days, it’s
still a downer, but an exhilarating one that looks more and more
prophetic. “Visionary? Timeless? Indulgent?” Our critic wrote, “Call it
what you will, Brazil had its fingers firmly on the pulse … long before the War on Terror.” Now available on Blu-ray.