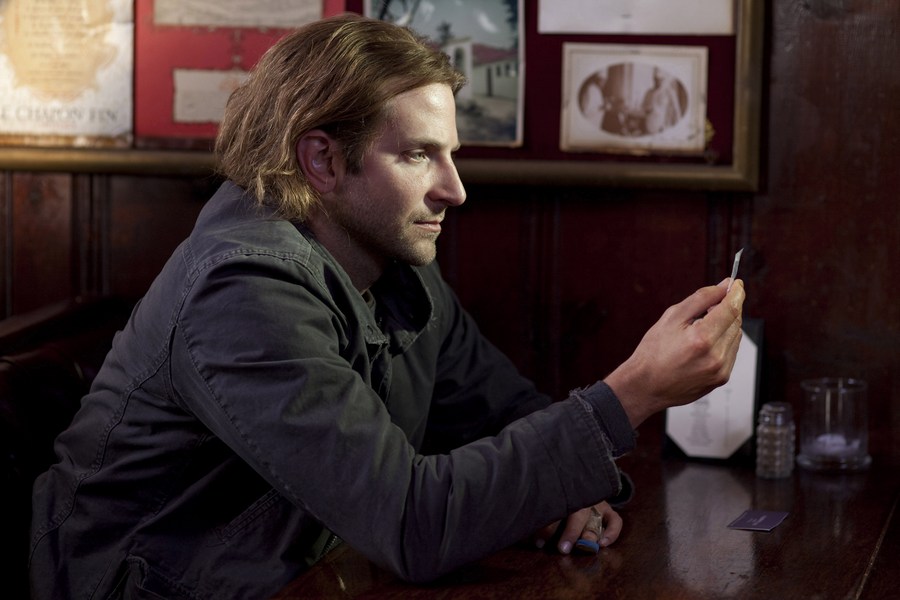 Briefly hiding under a three-day growth and a greasy tangle in this buzzy morality tale, Bradley Cooper tries hard to play a down-and-out New York writer. But when an old buddy gives him a pill that puts all his mental faculties into warp drive (in no time, he’s finished his book, back in a steady relationship, and banking millions on Wall Street), we realize this is the role that the bright-eyed actor was born to play. Our writer thought that the film was “a fun and adventurous mainstream amusement” whose story was told “in a completely captivating way.”

Topher Grace stars in this flashback 1980s comedy where he plays an MIT graduate who never quite got his life together and works at a video store in the mall. Trying to impress the girl of his dreams, he pretends to be an investment banker, and much sitcom-style panicked improvisation ensues. “The 1980s have a lot to apologize for,” our critic wrote. “Inspiring this mediocre movie is one of the decade’s more complicated crimes.”

Phil Ochs: There But For Fortune

As one of the greater politically committed singer-songwriters of the 1960s, Phil Ochs was possibly doomed to always live in the shadow of Bob Dylan. This admiring documentary about Ochs makes that point with a sad but enthralling kind of honesty — not to mention a wealth of fantastic concert footage. Our critic wrote that the film “shows with such poignancy and loss Ochs’s rare, heartfelt, and utterly non-Dylan-like brand of greatness.”

The ever-lurking Peter Stormare stars in this little-seen Canadian thriller as a small-town police officer whose born-again status doesn’t stop locals from remembering his violent past when suspicion focuses on him after the murder of a local stripper. Martha Plimpton also stars in a film that has more than its share of Twin Peaks moments. “Like a character study crafted out of Bible verses and backwoods folklore,” our critic wrote, “Small Town Murder Songs echoes across its sparse Canadian vistas with the power of a deadly, desperate animal’s chilling cry.”

This kitschy French comedy from Francois Ozon  takes the worst of the 1970s (retrograde sexual politics, the clothes, good lord, the clothes) and runs with it. Catherine Deneuve stars as the bored housewife of a factory owner who’s forced to take over after he’s sidelined by illness. Gerard Depardieu shows up as a former flame of hers who’s now a local Communist politico and just happens to hate her husband. Our critic thought the film was “sublimely goofy” and “an escapist frolic that proves all over again how lucky filmgoers are to have the likes of Catherine Deneuve still out there taking risks and running with them.”

The Kids Grow Up

Doug Block is the kind of documentarian (51 Birch Street) who seems incapable of recording everything that happens around him at every instant. This tendency (compulsion?) is at the heart of this anguished, solipsistic film where he obsesses over and bemoans the fact that his teenage daughter is about to leave for college. Our critic was of two minds about the film, thinking that Block “attains the occasional Proustian glint of beauty” but also noting that it “stands as a prime example of how self-exploration in documentary filmmaking can all too easily become a sinkhole of self-regard.”

At a chilly and isolated British boarding school, the gaggle of girls who form the swim team are a tight-knit bunch, obsessed with the tics and mannerisms of their unconventional teacher, Miss G (Eva Green). When an exotic new girl from Spain shows up and starts getting attention from Miss G, revenge comes swiftly and nastily. The film (directed by Ridley Scott’s son Jordan Scott) impressed our critic with its moody atmospherics and a story that had “the potential to be utterly devastating.” Unfortunately, he wrote, it “settles for being mildly unsettling.”

Throw together a solid comic cast (Michael C. Hall, Judy Greer, Sarah Silverman) and whip up a putatively wacky story about a dysfunctional family with more than a few hints of The Royal Tenenbaums and a lot of grievances about the one sibling whose new book exposes all the family’s dirty laundry and what do you get? According to our writer, a clumsy pseudo farce that is, at best, “mildly amusing.”

Jean-Pierre Jeunet’s 2001 comic fantasy wasn’t just a vehicle for the sublime Audrey Tautou — playing an impish young woman whose vivid fantasy life is far more real to her than the real one — but a gorgeous and frenetic celebration of the possibilities of cinema. At the time, we wrote that “Jeunet’s simple story of an innocent girl with a big imagination whose only wish is to be loved is as powerful as they come.” Now available in Blu-ray.