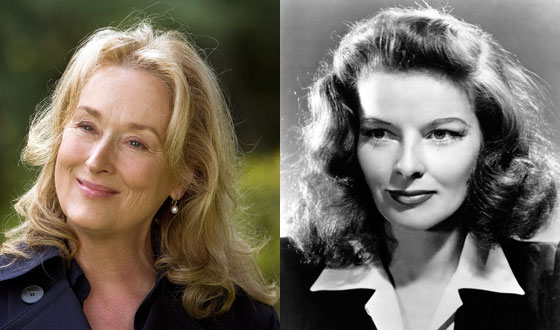 Each year during Oscar season, moviegoers are reminded that Meryl Streep is the greatest actress ever, with over fifteen Oscar nominations. The evidence is clear, but is it true? According to AMCtv.com fans, not really. Recent stats indicate that both Katharine Hepburn and Audrey Hepburn have a narrow lead over the star of Kramer vs. Kramer, Sophie’s Choice, and Out of Africa. Furthermore, Streep’s lead over Ingrid Bergman and Bette Davis is marginal, at best. The fate of the world’s greatest actress — whoever she is — lies in your hands. To Streep or not to Streep?