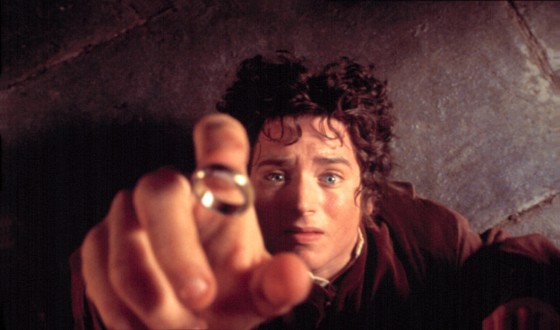 Forget pairs, good things come in threes. How else do you explain the fact that the greatest movie series of all time usually come in three installments. In fact, if you’d never heard the word before, you could be fooled into thinking trilogy meant “epic movie series.” Star Wars knew the trilogy was such a good idea, they did it twice! So which trilogies are the best? Here are the top ten! (And, by the way, Star Wars rendered itself ineligible with a total of six movies.)

10.The Bourne Trilogy
Who would have thought that jolly Matt Damon would star in the best spy films of all time? Yep, the best! And the Bourne movies — three thrillers led by Damon as an amnesiac spy on the trail of revenge — re-imagined the spy genre to the point that they forced espionage’s elder statesman, James Bond, to change his tricks and match the pace and gritty realism of Damon’s rebel operative. Mission accomplished.

9.Spider-Man Trilogy
Sam Raimi’s homage to the original Spidey comics came out of the gate as the single biggest box office opening of all time — and completely redefined the superhero movie. The second movie was even better, fluidly blending vertigo-inducing battles with a romance that had fanboys weeping.  But the third film has enough issues to inspire another total reboot of the franchise, so Spidey only gets the No. 9 rank.

8.Mad Max Trilogy
George Miller’s dystopian future has everything: roving gangs, broken down cars, Tina Turner, and a pre-controversy Mel Gibson. The Mad Max series has an interesting evolution: The first flick was a sparse, cult hit; the second expands on that; and the third, Mad Max Beyond Thunderdome, may actually be the best of the bunch (introducing the world to Master/Blaster, and lessening isolation of Gibson’s Max). What other trilogy’s third flick is the best?

7.Evil Dead Trilogy
That Sam Raimi knows his way around a trilogy, even if the first movie and the second movie are essentially the same. Made on a budget, the first Evil Dead is a haunted house slasher flick. But the whole series is taken to amazing, ultraviolent, and hilarious heights in the later half of the sequel. Army of Darkness, which sends Campbell’s Ash back in time to fight the undead, is a classic goofball horror/comedy and cements the series’ place in trilogy history. But Evil Dead loses a few points for lack of originality in the early portions of the second flick.

6.Back to the Future Trilogy
No trilogy is quite so self-reflexive and clever as Back to the Future. The time-traveling comedies twist and turn back on themselves, traveling from the far future to the old west. Great jokes, great heart, and a great plot that neatly ties up at the end of the third movie make all three classic scifi comedies separately. Together, they’re a near-perfect trilogy, but not as perfect as the next five.

5.The Matrix Trilogy
The first Matrix movie was a revelation, with revolutionary special effects, great performances by Keanu Reeves, Carrie-Ann Moss, and Laurence Fishburne, and a mind-trip premise that made viewers question the world around them. The underrated sequels expand on the mythology in new ways and keep upping the ante on exciting battles. There’s something for everyone in The Matrix series: philosophical debate, mind-blowing concepts of reality and, oh yeah, incredible action scenes.

4.The Man With No Name Trilogy
The most unconventional trilogy on this list, the Man With No Name series (A Fistful of Dollars, For a Few Dollars More, and The Good, The Bad, and the Ugly) are connected by the exploits of Clint Eastwood’s Western anti-hero, rather than a continuous plot that can be easily sorted into a continuous narrative. Everything about Sergio Leone’s trilogy is epic: the stark landscapes of the West, the standoffs, the twists and turns, and the characters. That’s more than enough to land at number four.

3.The Lord of the Rings Trilogy
Peter Jackson doesn’t lack ambition, that’s for sure. Shooting the entire trilogy at once, in a foreign country, with mostly unknown actors, at a time when fantasy movies were on a decline, could have made The Lord of the Rings an epic disaster. Instead, the trilogy is just plain epic, unlike anything before or after. Over three years, audiences followed the journey of Frodo Baggins and his companions, as they sought to destroy the One True Ring. And when it was over, they watched it again… and again… and again…

2.Toy Story Trilogy
Twist! A series of animated movies at number two? Yes, Pixar’s Toy Story movies are pretty much cinematic perfection. Visually, each movie is beautiful. Great performances? Look no further than Tim Allen’s hilarious Buzz Lightyear, or Tom Hanks’s heartfelt and earnest Woody. Depth? The three flicks chart the course of childhood — through the eyes of a child’s living toys — more effectively than any live-action movie could dream to do. These are movies that generations of children and adults will watch together, and as long as there are toys, they’ll never get old.

1.The Godfather Trilogy
Was there really any doubt? Even heartfelt Toy Story can’t top a trilogy containing two of the finest movies ever made — and a good third movie. Toy Story might be pretty much cinematic perfection, but Francis Ford Coppola’s trilogy is perfection. And before you mock the third flick, why don’t you try following up two of the best-loved movies, ever. In any case, the trilogy is, among other things, a who’s who of great actors: Marlon Brando, Al Pacino, Robert De Niro, Robert Duvall, James Caan, John Cazale, Talia Shire, Andy Garcia, Diane Keaton…this could go on for a while. Suffice it to say, The Godfather is incredible.