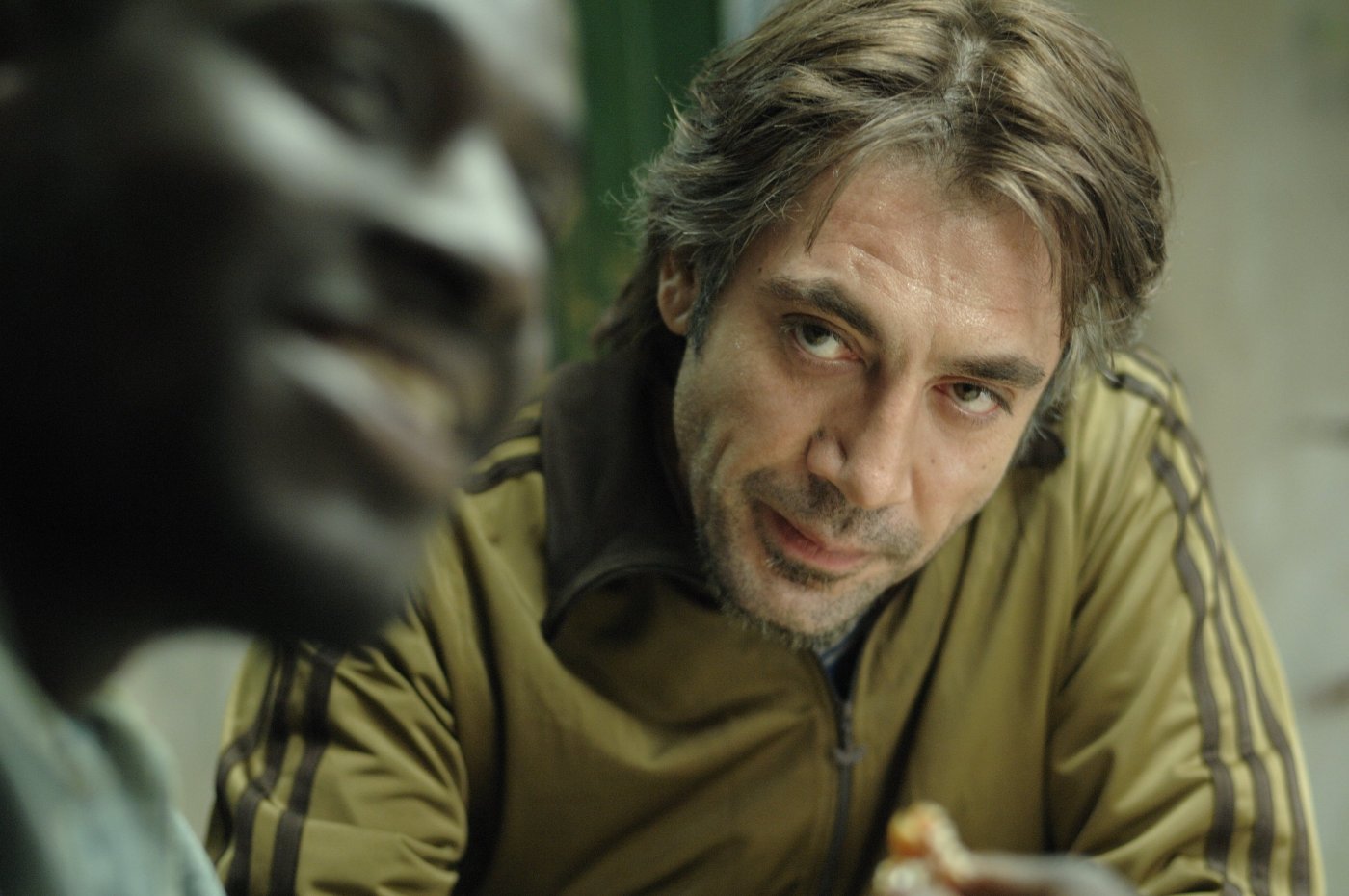 The mad, the bad, and the damned: Javier Bardem trolls Barcelona’s seedy underbelly in the Oscar-nominated Biutiful, while Nicolas Cage tries to stay out of hell in Drive Angry 3D. These and other films worthy of interest (Kaboom) or being forgotten (Passion Play, Joueuse) are coming to Blu-ray and DVD this week.

In this bleak drama from Babel director Alejandro González Iñárritu (Oscar-nominated for Best Foreign Film), Javier Bardem plays a barely-scraping-by father in Barcelona who makes ends meet by procuring illegal-immigrant labor for local sweatshops. He’s also dying of cancer. Our critic thought Bardem’s “admirable and well-nuanced” performance (also Oscar nominated) was about the only thing to like in an overwrought film “full of grating fatalism and globalized left-wing hand-wringing.”

The fetchingly named Milton (Nicolas Cage) was in hell, you see, then he busted out in order to keep his infant grandchild from being the center of a hideous ritualistic sacrifice. Helping him in this quest is a tough waitress with an even tougher car. In their way is a nasty piece of hell spawn known as the Accountant. Our writer thought this souped-up piece of exploitation insanity to be perfectly awesome in every way, as it “is out to smash skulls and chew gum — and there’s nary a piece of cinematic Doublemint to be found.”

Gregg Araki’s latest piece of ambisexual alt-teenybopper cinema follows a
confused-looking college freshman, Smith, through his reveries about
making out with his hunky surfer roommate and walking naked down a
spooky hallway. That’s about it for plot in a film in which, according
to our writer, Arraki’s characters evince two preoccupations: “getting
laid and possibly being caught up in an end-of-days conspiracy.” He
called the result a “uniquely styled circus of midnight-movie fun.”

Who wants to play some chess? Not our critic, who found this quiet French drama — in
which a solitary chambermaid (Sandrine Bonnaire) finds her inner life
awakened by rounds of chess with a melancholic and reclusive doctor
(Kevin Kline) — to be “a Cinderella-story variant with a game of chess
doubling for the magic slipper — a metaphorical diversion with the wish
fulfillment of a warm marshmallow.”

Mickey Rourke is a trumpet player on the run. Rhys Ifans runs a carnival where the star attraction is Megan Fox, who has wings growing out of her back. And Bill Murray plays a gangster named Happy Shannon. Yep. According to our
writer, this mess was “so awkwardly assembled, so self-seriously preachy
that it’s actually exhausting to watch, let alone understand.”