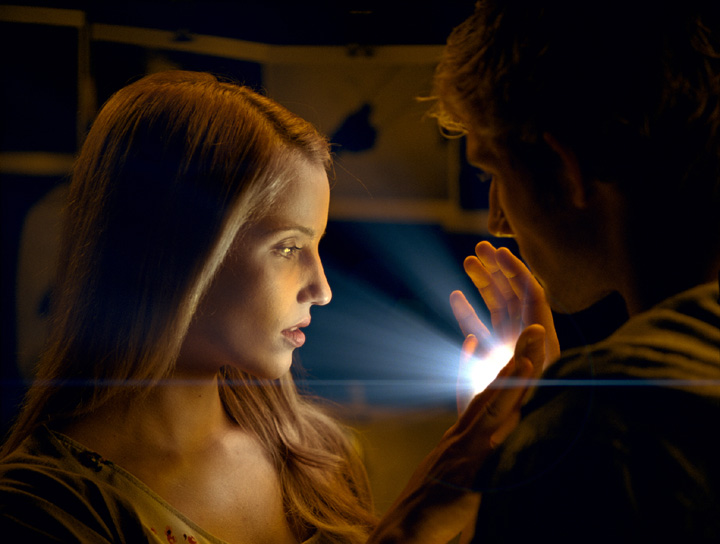 Alien teenagers and weird Shakespeare: a young and hunky blond alien tries to avoid being the last of his kind to be knocked off in I Am Number Four, while in Gnomeo & Juliet garden gnomes play out an animated version of Romeo and Juliet. These and other films — such as rereleases of classics like Solaris and The Great Dictator — are coming this week to Blu-ray and DVD, like it or not.

I Am Number Four

This adaptation of the young-adult novel by Pittacus Lore (not a real person) features an alien come to the Earth in the form of a blond Adonis-like teenager who is on the run from another race of aliens who want to kill him (as they’ve done his three companions) and essentially dominate the universe. While running for his life, he falls in love with a pretty blonde of the female persuasion (Glee‘s Dianna Agron). Our critic thought it was all much ado about nothing, with “hideous CGI” and a mess of “distracting” subplots producing an “often-disastrous mess of hormonal rage and faux testosterone.”

So what have all those different versions of Romeo and Juliet been missing throughout the years? Clearly, it was animation, warring clans of garden gnomes, and a hits-packed soundtrack by Elton John. That essentially sums up this curious suburban-England backyard-set variation on the Bard’s timeless romance, which our critic says is “like watching an overextended sketch” that initially entertains while the “rest of the time you are silent, the joke and the accompanying freshness having long gone stale.”
Solaris

This
1972 science-fiction classic by Andrei Tarkovsky (remade by Steven Soderbergh in 2002) follows a psychologist sent to investigate mysterious happenings on a distant space station, where he discovers that a nearby alien planet is turning people’s thoughts into physical manifestations, meaning ghosts. Our critic called it an “addictive,
serenely maddening masterpiece of love and obsession.” Now available in a two-disc Criterion Collection release with deleted scenes and a beautiful new high-definition digital transfer.

Charlie Chaplin’s decision to play both a Hitler-like dictator and a hapless Jewish barber who is mistaken for him was controversial upon this comedy’s release, in 1940, just before America entered the war. But though our
critic found the resulting film “not always as funny as it could be and frequently too innocent for its own good,” it still stands today as “better than just about anything else the Tramp ever made.” Now available in a two-disc Criterion Collection release with a documentary about the controversy and a booklet containing an essay by Chaplin
defending the film’s satire.