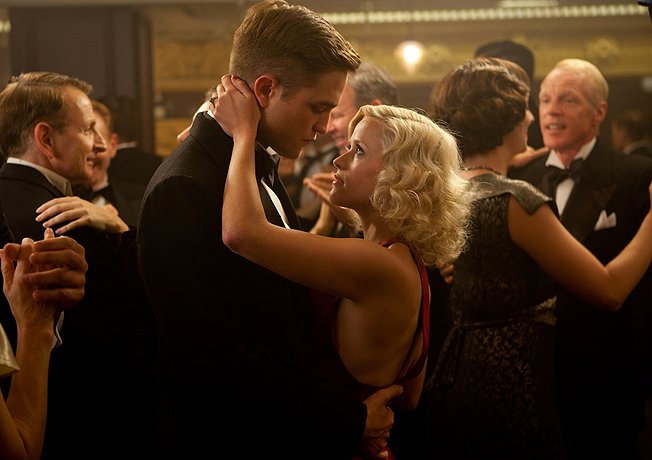 Robert Pattinson trades the media circus that surrounds the Twilight series for an actual circus, as the actor joins Oscar winners Reese Witherspoon and Christoph Waltz in an adaptation of Sara Gruen’s Water for Elephants. Director Francis Lawrence recently spoke to AMC’s Film Critic about Pattinson’s animal magnetism, the changes he made to the source material, and the reasons no one runs away to join the circus anymore.

Q: For the people who only know Robert Pattinson from the Twilight saga, tell me what he brings to the table as an actor.

A: The Twilight films don’t really show the full range of what I believe he is capable of. They are very stylized, and he’s kind of hidden behind this pale makeup and contacts. I think people are going to be surprised when they see him in this movie — how much more naturalistic he can be and how nuanced his performance is. I just think he is a very natural performer, and I think he has a real magnetism, which is very important for a star. It’s interesting. I cast him because I found him to be a lot like Jacob. There is a purity, a strength, and a humility to him, and I think all of those qualities come across very nicely.

Q: Were you able to screen-test him with Reese Witherspoon?

A: No. And that’s the big, scary thing when you are doing a love
story. You hope for that chemistry. It was a gamble, but we saw in
rehearsals that it was going to work.

Q: Where did you veer away from Sara Gruen’s novel, and why?

A: There are really two big differences between the novel and our
film. For the most part, the story is the story in the book. But the
book is intercut with older Jacob at a nursing home. We cut all of the
nursing-home stuff out, and we have old Jacob show up at the circus in
the very beginning of the movie so he can start to tell his story. Once
we’re in 1931, we stay there until the end of the movie. That’s one big
change. You have to streamline it when you have a fourteen-hour read in a
book and you have to get it down to a two-hour experience in a movie.
You are going to lose some things. But we wanted to keep the iconic, tentpole moments from the book. Another thing that we did was combine the characters of Uncle Al and August. Again, this was done in terms of streamlining the story, but I also wanted to clarify August’s objectives, and stakes, and things like that.

Q: Tell me something you learned while directing I Am Legend or Constantine that helped you on the set of Elephants.

A: In Legend, we actually did this big evacuation sequence
under the Brooklyn Bridge over the course of five super-, super-cold
nights. We had about 1,500 extras all going nuts as they tried to
evacuate. It was the biggest number of extras that I’d ever worked with
to that point. So I think that, when it came time to do the stampede sequence
in Water for Elephants, dealing with 600 people somehow seemed
easy in comparison. To some people, that might have felt large. To me,
luckily, it felt manageable. But everybody knew that the stampede
sequence always was going to be complex. You have a lot of moving parts.
You have your actors, obviously, and a story to tell. But then you’ve
got all these different types of animals. And I knew that I didn’t want
to use CG animals. I wanted to use real animals, and figuring out how we
were going to get them to do what we wanted them to do was a real
challenge. Add to that collapsing tents and other obstacles. We always
knew that was going to be complicated.

Q: Did you research the culture of the traveling circus?

A: Oh, tons. That’s one of my favorite parts of making a movie — doing the research. For Legends, most of our research went into virology and forecasting what would happen if people disappeared. What would it look like when nature took
over? What would happen to the infrastructure of a city? Things like
that. For Elephants, luckily, it wasn’t forecasting. It was
going back into our history and researching. There’s a great museum in
Wisconsin that we went out to called the Circus World Museum. They’ve
got a huge archive with loads of photos, manifests, and books. We got our
wagons from them. We just surrounded ourselves with extras so that we
knew how the trains worked, and what order the cars were in, and how
they loaded the horses up, and how people lived in the performer cars.
We just did tons and tons of research into all of the little intricacies
of the circus.

Q: I’m probably part of the last generation that could always run away and join the circus when life didn’t pan out the way that we wanted it to.

A: Sure, sure. That kind of thing doesn’t even really exist anymore.
The era that we did the movie in, the thirties, is the golden age for that
concept. The circus really brought magic when it landed somewhere.
Nobody had the Internet. Barely anybody traveled. So they were showing
people things that people hadn’t seen before. And then traveling by
train, in this nomadic lifestyle, and setting all of this stuff up in a
couple of hours, only to tear it back down and move on — it just
doesn’t happen anymore.

Q: I can’t even think of a modern parallel to that lifestyle.

A: Well, oddly, a movie set is a little bit like it. We all show up
in a place. You are there, you do your business, and then you pack it
all up and move someplace else. It’s a little nomadic, in a weird way.