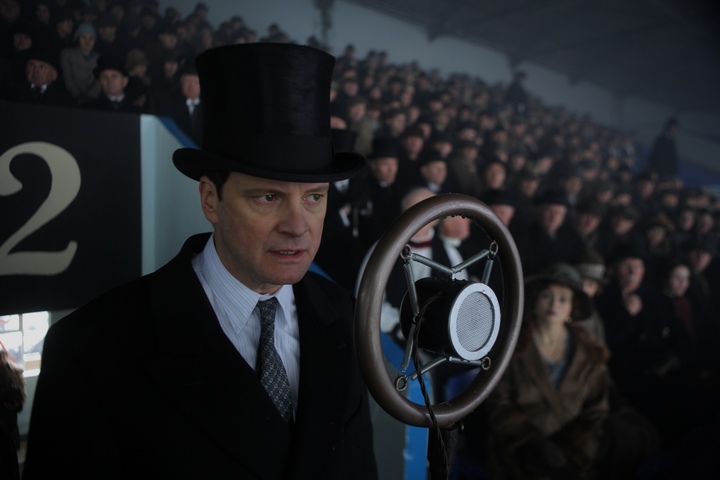 Stuttering royalty and spoiled celebrities: the Oscar-winning King’s Speech tells the true story of a wartime king fighting to overcome his fears and doubts, while the Hollywood-set Somewhere languidly follows one depressed actor’s struggle to connect with his daughter. These and other films for a range of different tastes (Rabbit Hole, Gulliver’s Travels) are coming this week to DVD and Blu-ray.

Colin Firth received a long-overdue Academy Award for acting in this historical drama, in which he played England’s Prince Albert, whose near-crippling stutter forces him to seek the counsel of an unorthodox speech therapist (Geoffrey Rush) who becomes his best friend and counselor as the winds of World War II — and the need for Albert to address the nation — loom. Our critic found the film (which won four Oscars, including Best Picture) a “job nicely acted all around, with numerous touching moments and a historical backdrop that can’t help but be dramatic” but also felt that “it can’t help feeling like a film too timid for its own good, much like Albert himself.”

Sofia Coppola’s newest gaudy experience of a film portrays the emotional detachment of a famous actor (played by Stephen Dorff) who spends his days and nights avoiding the world in his Chateau Marmont hideaway, while delicately trying to bond with his adoring daughter (Elle Fanning). Our writer was compelled by this “near-feather-lite glide through privileged life,” in which Coppola, evoking a woozy mood similar to that of her films Lost in Translation and The Virgin Suicides, orchestrates a “tale of a somebody who feels like a nobody attempting to get off the road to nowhere.” Rabbit Hole

Hedwig and the Angry Inch creator John Cameron Mitchell’s somewhat overlooked adaptation of David Lindsay-Abaire’s Tony- and Pulitzer-winning play stars Nicole Kidman and Aaron Eckhart as a couple failing to come to grips with the heartbreaking devastation occasioned by their child’s death. Divorce hovers as the unspoken threat in the minefield of their relationship, as both try to find solace and answers in strangers. One of our critics was particularly taken by Kidman and Eckhart’s “terrific” performances, as
well as the film as a whole, which he thought “turns almost unbearable
grief into a sort of parallel universe itself, something alien, yet
strangely, sometimes beautifully familiar.”

As a way of introducing this rather broad and special-effects-heavy comic interpretation of Jonathan Swift’s allegorical classic — which stars Jack Black as a man unexpectedly shipwrecked on the magical island of Lilliput, whose inhabitants are all just six inches tall — our
critic notes that Black “is an acquired taste — like circus peanuts or
fish jerky.” For those who have a taste for fish jerky, he notes, Black’s “self-effacing ways” are just enough to save this “likable if ultimately limited bit of family-film fun.”