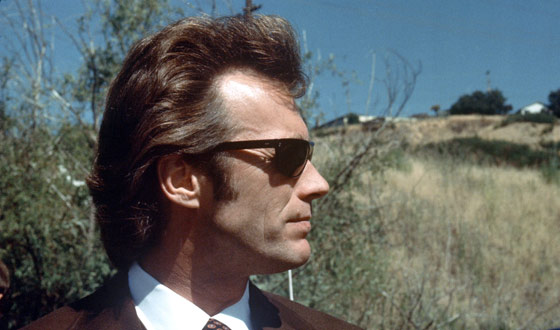 Dirty Harry is a man’s movie. At least that’s what we’ve been told. I suspect guys would like to keep it that way. Why? Turn on cold, bold Callahan, and the ladies will leave you alone. It’s a way to drink beer with your buddies without being bothered. Some golf. Some hunt. Some watch this testosterone-driven movie franchise. Women can have Clint Eastwood in The Bridges of Madison County, but Dirty Harry belongs to the boys.

There’s only one problem: Dirty Harry is actually a good movie that appeals to both genders. You might not want to have your book club read the movie’s novelization just yet, but the next time your guy says he’s going to watch the thriller, expecting you to roll your eyes and leave, don’t. Grab a beer, sit down, and say, “Go ahead — make my day.” When this happens, he’s going to think you’re confused. “But you don’t like Dirty Harry,” he’ll remind you, trying to protect his man time. He might even have some seemingly compelling reasons to sit the flick out. Here are five common reasons you might hear — and how to respond.

2. Dirty Harry Has a Scene in a Strip Club
This is another oft-used argument to keep women away from a variety of things. Apparently, according to this line of thinking, a woman simply can’t handle the possibility of another women taking her clothes off for 30 seconds. We might faint. Just because guys flee in horror every time another man disrobes doesn’t mean you have to behave the same way. Besides, by way of a response, you can simply smile and say, “So does Date Night.”

3. The Title Character Isn’t Likable
Your man will tell you that you’ll hate Dirty Harry, saying, “But he’s an anti-hero.” (The desperation is mounting at this point.) As if women are used to watching perfect men who do exactly what they’re told. What movie is that? Hell, what real man is that? Yes, Callahan’s a widower and reckless cop who plays by his own rules, but so is Riggs (Mel Gibson) in Lethal Weapon, and women love him. Contrary to popular belief, women can like Callahan, who is totally fearless.

4. There Aren’t Many Female Characters
Next, you’ll be told that there aren’t a lot of women sharing the screen with Dirty Harry. You’ll notice he’s starting to sweat at this point, fearful you might actually watch this movie. True. But the women who are in the franchise are refreshingly confident and strong. What you won’t find are damsels in distress. No doubt, he’ll tell you Harry didn’t want to have a female partner in The Enforcer, appealing to your feminist side. Just remind him that, unlike someone, Harry is also man enough to admit when he’s wrong.

5. Dirty Harry Is Not Sexy
Unbelievable. He thinks you only like movies that objectify men. Give him the Harry Callahan treatment: remain silent and squint your eyes. Besides — you don’t have to tell him this — Harry is easy on the eyes and has a great head of hair.

At this point, running out of ideas, your boyfriend, husband, or roommate might start lying. If he says the movie is in Russian, is a porno, or is about a man who uses a .44 Magnum to shoot unicorns, don’t believe a word of it. Nor is the franchise full of fart jokes (though Harry’s dog, Meathead, does let one fly in Sudden Impact). As the movie’s about to start, as a last-ditch effort, the poor guy will flail about like someone staring down the barrel of Harry’s Magnum: “But, but…it’s for men….Come on! I don’t try to watch your chick flicks.” Here’s your reply: “A man has to know his limitations, and if he can’t handle chick flicks that’s his problem.” Yep, use one of Harry’s own catchphrases against him. (The “limitations” line comes from Magnum Force.) And as you settle into watching the first flick and Scorpio shoots his first victim in the rooftop swimming pool, you can quietly reflect on the fact that the screenplay for Dirty Harry was co-written by a woman. But don’t tell him that. It might kill him.