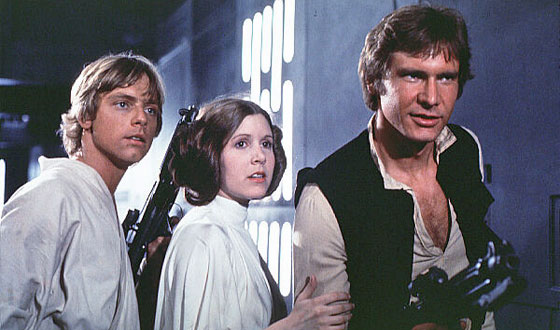 April 4, 1978. Young me has woken with unusual pep, knowing my favorite movie of all time — Star Wars — was awarded the Best Picture Oscar statuette the previous night, ready to rejoice. But George Lucas’s flick lost Best Picture to some movie named Annie Hall, and my hope was destroyed like the planet Alderaan. How could some dramedy rob the greatest movie ever of its due? My dad explained with a single sentence that has resonated with me ever since: “The Oscars just don’t like action movies.”

My dad was right: the Oscars don’t show action movies the respect they deserve. Why, though? Last I checked, the Best Picture award doesn’t stipulate that a movie has to be about war, divorce, prostitution, mental health, or British romance gone sour. Just that it be the movie more voters than not believe to be the best. In some respects, aren’t action movies (and sci-fi, for that matter) being punished for being entertaining and popular? Now, Best Picture shouldn’t be a popularity contest either, but not rewarding a movie because it has more chase scenes than meaningful glances is foolish. Just look at five action-movie giants that were ignored by old pal Oscar.

The Dark Knight
The highest-grossing film of 2008 was also its best reviewed, with critics lavishing piles of praise upon Christopher Nolan’s hard-boiled comic-book adaptation. Fans thought that not only could an action movie get nominated but maybe win too. Yet the Oscar signal didn’t shine in the Gotham sky come nomination time. Heath Ledger was posthumously awarded Best Supporting Actor for his brilliant take on the Joker, but Best Picture wasn’t in the cards.

The Matrix
Much like Star Wars, The Matrix simply changed the way we enjoy movies. Celebrated for its groundbreaking technical achievements and clever storytelling, the jaw-dropping flick has influenced, for better or worse, an entire generation with its creativity. The Best Picture winner of 2000, American Beauty, can’t say the same, nor can it really say people even remember it over a decade later. But it had a plastic bag blowing around in it. So that’s cool.

Aliens
Sigourney Weaver may have earned a Best Actress award, but somehow Aliens didn’t even grab a Best Picture nomination, despite the fact that Ripley’s battle with the queen is about the most epic and tense thing you’ll ever see at the movies. It’s hard to believe that a now-forgotten flick like A Room With a View was more deserving than Aliens, but at the time voters thought it so. Sigh.

Raiders of the Lost Ark
The greatest adventure movie ever made, certain to be found on any sane person’s Top 25 Movies list, yet inside the ark of the covenant was a Best Picture award for Chariots of Fire. Yes, a British movie about a bunch of dudes jogging on the beach prevented Indiana Jones from attaining an Oscar, the one golden idol that has always eluded him.

Now, if five movies as great as the ones just mentioned can nab only one Best Pic nomination between them, something is not right. Action movies need to stop being shunned because they produce more goose bumps than tears. The previously slighted Christopher Nolan is among this year’s nominees for Inception. Progress? Maybe. But for we action fans, just being nominated isn’t good enough. One day soon Oscar will serve up what we action fans hope to see by movie’s end: justice. Then my dad and I can finally celebrate an Oscar win, though I doubt my R2-D2 pajamas still fit.

Nick Stevens, co-host of AMC’s Action Pack (Wednesdays, at 8PM | 7C), tries to make funny about movies, pop culture, and sports as often as possible. He lists John McClane, Batman, and Tom Brady as the people with whom he’d most like to have beers. For more of his grown-up nonsense, visit his Tumblr page or follow him on Twitter.