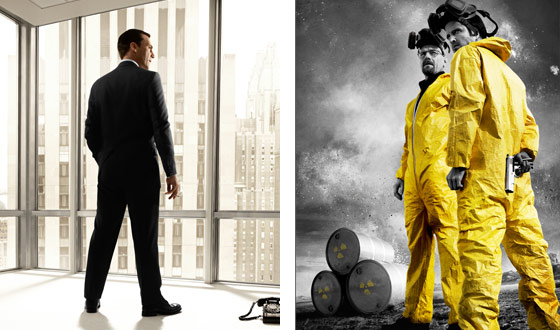 Nominations for the 2011 Producers Guild Awards were announced this morning, and two AMC dramas made the cut, as both Mad Men and Breaking Bad were recognized in the category of Outstanding Producer of Episodic Television, Drama. This is Mad Men‘s third PGA nomination and Breaking Bad‘s second. AMC’s competition in the category includes Dexter (Showtime), Lost (ABC), and True Blood (HBO).

The winners will be announced at the Producers Guild Awards ceremony on Sat., Jan. 22.