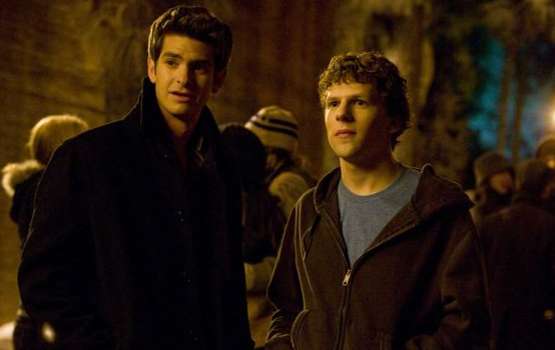 Overall, the 2011 Academy Award nominations weren’t rife with shockers, except perhaps for those who seriously believe that the Golden Globe Awards are a genuine bellwether for the Oscars. Those misguided souls no doubt got quite a shock when they saw that Joel and Ethan Coen’s True Grit, a hit with both audiences and critics that was snubbed by the Hollywood Foreign Press Association (the group that nominated the Angelina Jolie-Johnny Depp thriller The Tourist in its Best Picture, Comedy or Musical, category), racked up an impressive ten nominations, including Best Picture, Director, Adapted Screenplay, Actor (for Jeff Bridges), and Supporting Actress (for newcomer Hailee Steinfeld).

Now in its second year, the Oscars’ ten-nominee Best Picture category again performed as it was designed to and spread the wealth around. The nominees are a healthy mix of box-office hits like Toy Story 3 and Inception, which grossed some $415 and $293 million, respectively, and low-grossing critical favorites like Winter’s Bone and 127 Hours. The remaining six nominees — True Grit, The Social Network, Black Swan, The Fighter, The Kids Are All Right, and The King’s Speech — all fall somewhere between the two extremes, and Black Swan, True Grit, and The Social Network have all attracted an impressive number of mainstream moviegoers. Black Swan has done especially well for a movie about classical ballet, suggesting that star Natalie Portman was onto something when she quipped that everybody likes a good lesbian scene. All that said, there are some juicy conversation starters scattered throughout the mix.

Portman, for example, got a Best Actress nod for her role as a high-strung dancer in Black Swan, while co-star Mila Kunis was ignored in the Supporting Actress category, despite a knockout turn as a bad-girl ballerina (and, incidentally, the other half of that lesbian romp) that proved her capable of much more than pouting and preening her way through the long-running TV comedy That ’70s Show. The versatile Ryan Gosling was ignored in the Best Actor category for his anguished performance as a young husband trying to save his disintegrating marriage in Blue Valentine, while his co-star, Michelle Williams, was nominated (quite rightly) in the Actress category. The Kids Are All Right star Annette Bening was recognized for playing half of a long-term lesbian couple whose relationship is shaken when their teenage children seek out their biological father, but the equally fine Julianne Moore — who plays the other mother — was shunned in both acting categories.

Both Christopher Nolan (Inception) and Lee Unkrich (Toy Story 3) were shut out of the Best Director category. Granted, there are ten Best Picture nominees and only five slots for directors. But Inception and Toy Story 3 proved that critical acclaim and boffo box office are not mutually exclusive, a message you’d think Hollywood directors would like to send to the executives controlling the industry’s purse strings.

And while Best Documentary Feature is rarely a high-profile category, this year’s Waiting for ‘Superman’ — which takes a hard look at the politics of America’s public-school system and the way in which many of the students who could most benefit from access to a first-class education are shortchanged — generated a mediawide conversation about a vital topic. So the fact that it was shut out of the category stands out. So was Race to Nowhere, which tackled the flip side of the education problem and also sparked heated discussion: kids driven to nervous meltdowns brought on by the pressures of completing hours of homework every night, participating in transcript-building extracurricular activities, and maintaining A-plus grades.

On the pleasant-surprises front, middle-aged Australian actress Jacki Weaver was nominated in the Best Supporting Actress category for the little-seen Australian gangster movie Animal Kingdom. Her breathtaking performance as the sweet-seeming middle-aged housewife who subtly manipulates her brood of viciously criminal sons with a mix of bullying and near-incestuous love is a chilling tour de force. Mark Ruffalo’s Best Supporting Actor nomination for The Kids Are All Right is another nice one, especially in light of the fact that Julianne Moore was snubbed.

Javier Bardem’s Best Actor nomination for playing a dying street-level criminal trying to provide for his children in Biutiful is richly deserved but one of only a handful of such nods for actors in foreign-language movies. Even with his Eat Pray Love co-star Julia Roberts lobbying for him, it’s a standout. And while James Franco’s harrowing turn as an extreme hiker forced by a freak accident to choose between dying and amputating his own arm in 127 Hours was praised to the skies, his Best Actor nomination was far from a foregone conclusion. Ditto the movie’s Best Picture nomination, though the movie’s winning streak didn’t extend to director Danny Boyle. On the other hand, he did just get an Oscar for Slumdog Millionaire.

And, finally, hooray for Hollywood for seeing fit to nominate both fresh-faced 20-year-old Jennifer Lawrence and 50-year-old character actor John Hawkes for Winter’s Bone. She’s the dirt-poor Ozark girl trying to track down her bad dad, and he’s her enigmatic Uncle Teardrop. They’re both terrific, but his nomination is a shout-out to all the actors and actresses who, year after year, turn in fine, subtle performances that enrich movies large and small but rarely get to enjoy a moment in the spotlight. For Hawkes and Lawrence, a win would be great, but the nominations truly are their own reward.