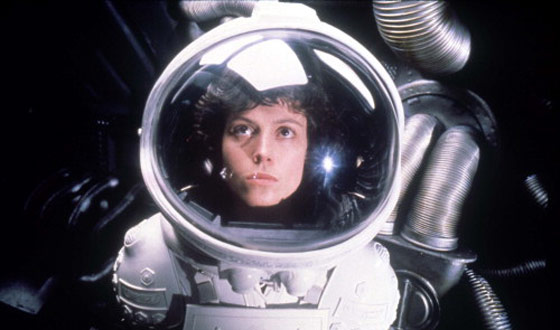 There’s probably no more discussed topic in all of filmdom than the sequel. Which sequel lived up to the hype? Which destroyed the reputation of the original? These are the questions that are debated until the cows come home (or Avatar 2 comes out — whichever is first). But there are some sequels that don’t even try to live up to the first movie, which is likely the best strategy. You can’t be judged relative to the original when you’ve changed the tone or brought in different lead actors. Here are ten sequels that broke out of the mold.

The Dark Knight (2008)
In the ultimate example of being rewarded for not sticking to a successful formula, the plot of Christopher Nolan’s sequel follows directly from Batman Begins, but everything else is drastically changed. The tone is changed, and the movie’s even shot differently, using its Chicago location for maximum effect. Whereas the first movie is dark and insular, the second is bathed in blue, expanding the scope of the series to insurmountable heights. Helped by Heath Ledger’s portrayal of Batman’s archbaddie, the Joker, The Dark Knight is one of the most successful movies of all time — and Batman Begins is “just” a really good movie. See, change can be for the better.

Book of Shadows: Blair Witch 2 (2000)
Take what was successful about the original Blair Witch Project — the faux-documentary format, ambiguous horror, and viral campaign that made people wonder whether it was real or not — and throw all that revolutionary stuff out the window. Blair Witch 2 is simply a traditional horror movie, filmed with traditional film stock (instead of video, like the original), and follows a traditional plotline. As a result, the sequel was met with traditional box-office results — which is to say, tepid ones. The lesson: breaking out of one formula and jumping into another might not be the best idea.

Mission: Impossible II (2000)
Though each movie in the Mission: Impossible series follows the
adventures of Tom Cruise’s Ethan Hunt and his Impossible Missions Force,
they also have a way of standing as entirely unique entities. The first flick is clearly stamped with the hand of Scarface and Carrie director Brian De Palma, right down to the ice-cold demeanor
of Cruise’s Hunt and the tense old-school action scenes. But the sequel, helmed by John Woo — he of the stylistically mind-blowing action scene — is naturally more
operatic, more outlandish, and far more explosive. Woo’s style is so crazy that it works. If it weren’t for Cruise and the theme music, you wouldn’t know both movies were part of the
same series.

Gremlins 2: The New Batch (1990)
There are two types of people in the world: people who like Gremlins and people who like Gremlins 2. The people who like the original love its darkly comic tone and the elements of real horror in its tale of a town invaded by insatiable tiny monsters. Fans of the second love the novel tack taken by director Joe Dante, who turns the sequel into a parody of the consumer frenzy that followed the first movie, even making fun of the emotional chimney speech and giving animatronic star Gizmo “action figure”-style costumes.

Predator 2 (1990)
Predator takes a badass extraordinaire, Arnold Schwarzenegger, throws him into the jungle, and lets him go mano a mano with an unstoppable alien. And that turned out pretty well, didn’t it? But without Arnold the sequel needed a different approach. Thus the “Crocodile” Dundee strategy, where an alien force is thrown into an American city. The result is the Predator roaming a dangerous jungle of a different sort, Los Angeles, and a movie so different you’d barely know it was related to the first if not for the dreadlocked alien and the title.

Aliens (1986)
Sure, the second Alien movie follows the plot and characters of the first, but any fan of the series will tell you that Alien is a haunted-house movie in space and Aliens is a war movie — and a good one at that. Director James Cameron does what he does best, amping up the special effects, the budget, and the scale of the second movie so much that both are considered classics in their own right. Each subsequent movie in the series has followed the break-the-mold pattern with diminishing returns.

Return to Oz (1985)
The Wizard of Oz is a beloved family classic, so naturally Disney tried to repeat that success many decades later. The classic romanticizes Oz, provides valuable lessons, and still makes adults wistful for childhood. But ask any child who grew up watching the sequel, and he or she will tell you it’s scary. Dorothy escapes from a psychiatric institution to save Oz from the evil Nome King and along the way encounters evil and terrifying creatures with wheels for hands. Whereas the first movie created generations of little children dreaming of Oz, the sequel created decades of nightmares.

Staying Alive (1983)
Saturday Night Fever is an American classic, accurately depicting family life and racial tensions in seventies New York. The sequel lacks the lofty ambitions clothed in a down-to-earth story and naturally takes place at an overblown Broadway show called Satan’s Alley. Jettisoning almost everything about the first movie that worked, except for star John Travolta, director-writer Sylvester Stallone’s sequel is the gold standard by which all terrible sequels are judged.

Halloween III: Season of the Witch (1982)
Notorious for getting rid of everything that made the first two Halloweens the gold standard for slasher flicks, Season of the Witch took the bold step of eliminating the world’s scariest movie killer, Michael Myers, altogether.
Instead, it focused on evil: magical masks that kill people. The smart, yet very poorly executed, idea was to create a yearly anthology series set on Halloween but not dependent on the Michael Myers character. Unfortunately, that’s not why people see Halloween movies, and the road to hell, or box-office hell, is paved with good intentions.

Star Trek II: The Wrath of Khan (1982)
Oddly enough, The Wrath of Khan is the rare example of a sequel that returns a franchise to its basics while departing greatly from its predecessor. Such is the strange fate of a sequel to a movie adapted from a TV show. The first Star Trek movie is a metaphysical, slow-moving mess, but the sequel returns the crew of the Enterprise to where they belong: the action-exploration comfort zone, pitting Kirk against the unstoppable Khan. As stylistically different as two movies can be with the same cast and setting, Star Trek II is a sequel that’s actually far better than the original.