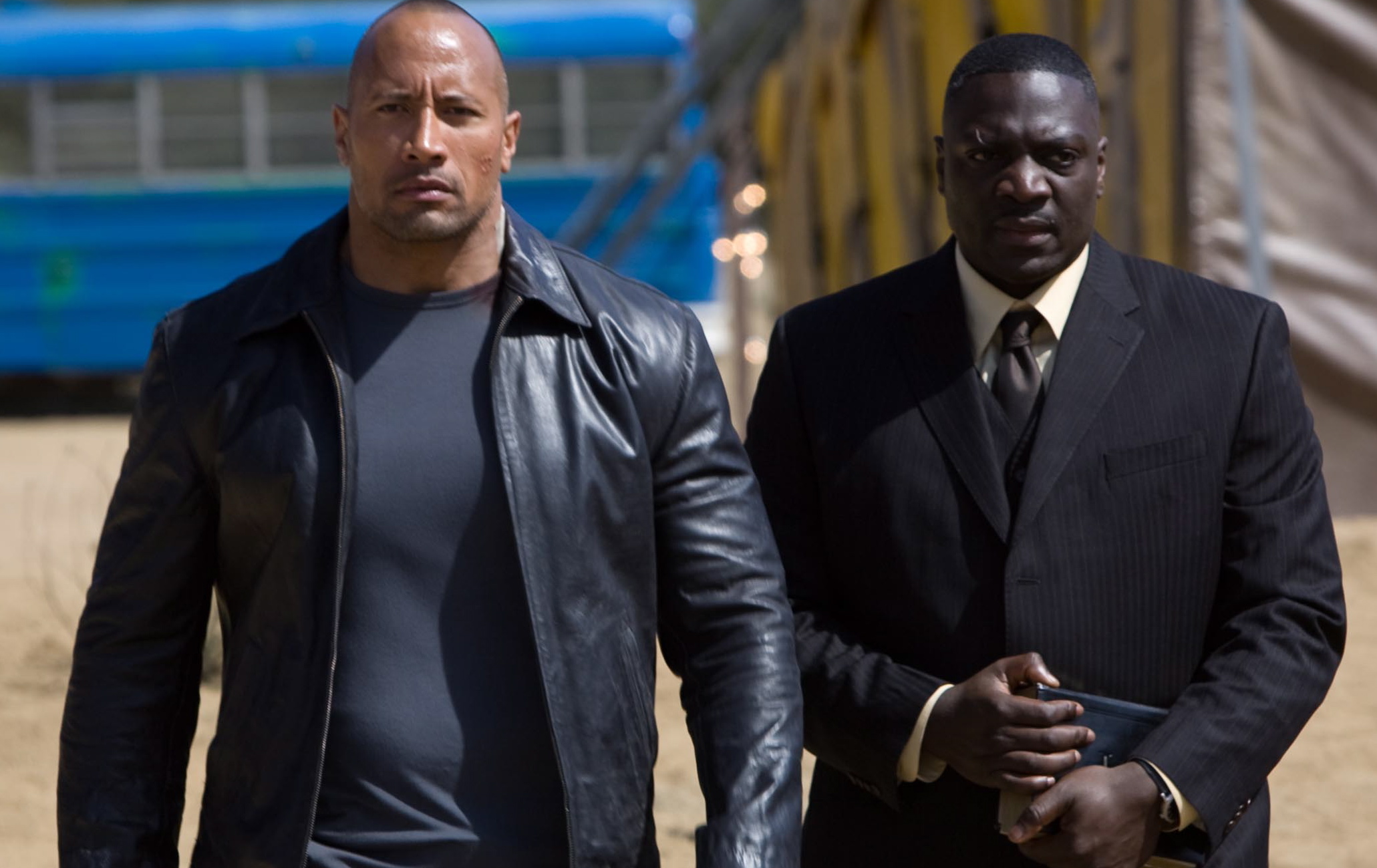 To Oz fans, he’s Simon Adebisi. To Lost fans, he’s Mr. Eko. And to any poor soul who sat through G.I. Joe: The Rise of Cobra, he’s Heavy Duty. Now Adewale Akinnuoye-Agbaje stares down Dwayne Johnson in the vengeance thriller Faster. He slowed down just long enough to talk with Film Critic about the movie, his cherished work on cable television, and that Lost finale everyone complained about.

Q: I hear Dwayne Johnson is supposed to be a very funny guy in person.

A: He’s actually a bit of a prankster. But you know what? We had very dramatic scenes and intense encounters, so there wasn’t room for that in the scene. But certainly in the couple of hours that dwindled in between, chairs were being pulled from underneath people before they sat down and things like that. He’s a kid at heart but a really great pro.

Q: Would he still laugh if someone called him “The Rock” on set?

A: I didn’t really hear it, but I think he’s pretty amenable to it. It certainly made him and got him to where he is today. Funny enough, I didn’t even refer to him by his name because we were so in character. [Laughs] He knows me and I know him, but if we talked it
was always, “Hey, D.” That could be either “d” for “Driver” or “d” for
“Dwayne.”

Q: When you heard Denzel Washington was making a movie called Unstoppable, did you think they were remaking the 2004 movie you did with Wesley Snipes?

A: [Laughs] You know, I thought maybe they were rereleasing it! I started counting the residuals. You know, that was one of
the first movies where I played an American character, so I have always
been fond of it. And it was great fun working with Wesley, who was an
avid supporter of me at that point in my career.

Q: Speaking of earlier in your career, are you disappointed that HBO shows like Boardwalk Empire and Bored to Death get so much press when you know Oz is superior to them?

A: [Laughs] You know, the truth will always be there. I think that what Oz
did is it spawned a great generation of television production. But
people know its place in television and just in great dramas. It’s the
foundation of my career. Most producers, show runners, directors,
and casting directors put me in movies based on my performance in
that show. Am I ticked off? No, I think it’s a natural extension. We
are very formulaic as an industry, and we just emulate stuff that was
great. What is a shame is that there isn’t stuff that is as great as Oz
on a consistent level around today. There were some real titans in
the industry in that day. The Tom Fontanas and the Barry Levinsons.
These guys had a real passion for true art, and it resonated in what
they produced. I’m actually looking to get back to cable, where I can do
something hard and raw again. After doing such an iconic show, though,
I’ve got to be choosy about what happens next.

Q: Speaking of iconic shows, were you as disappointed in the Lost finale as everyone else was?

A: Personally, I didn’t see it. I didn’t watch the show before. I
didn’t even know of the show before I did it. And I didn’t watch it
after. I literally just did my homework while I was on. It was another
job for me. There will come a time when I can sit down and watch it in
its entirety, but I still haven’t seen it to this day. They did invite
me back on, but it clashed with a movie that I was filming, so it
didn’t work out. I’ll probably be able to look at Lost in hindsight and be able to savor what they did. I did the same with Oz: I never actually watched any of it until much later, and then I could really appreciate it, standing back as a viewer. I’ll do the same with Lost one day.