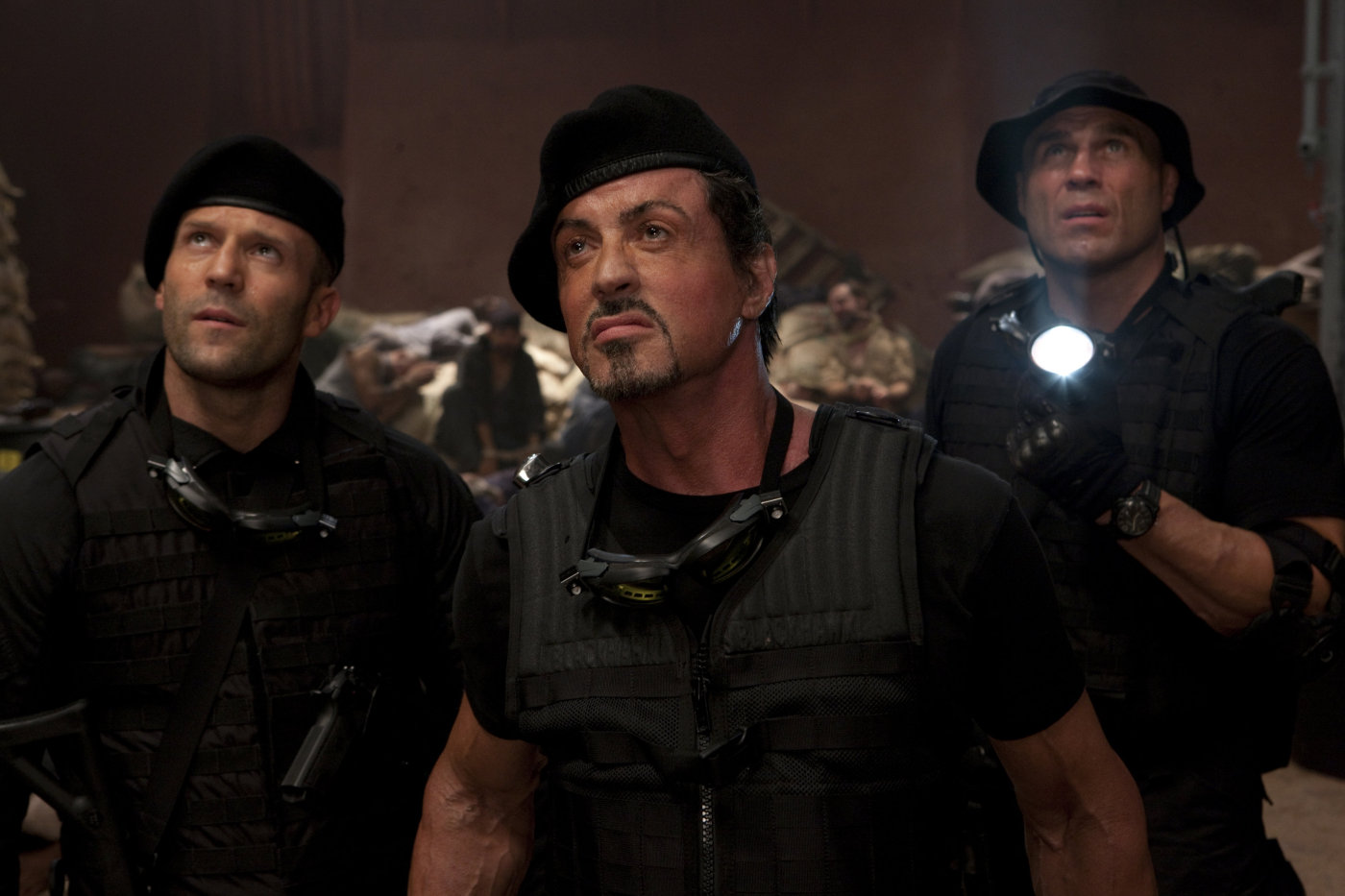 The return of the marquee idols: Sylvester Stallone brings back the bloody glory of the eighties man-versus-world action flick with The Expendables, while Julia Roberts goes searching for her soul and a good gelato in Eat Pray Love. These movies and many others are coming to DVD and Blu-ray this week.

The Expendables is bristling with weapons, scowls, bad guys with a bad habit of getting in the way of bullets, and an “armada of eighties machismo.” Writer-director-star Sylvester Stallone has put together an impressive band of tough guys (Jason Statham, Jet Li, Dolph Lundgren) for a do-or-die mission involving dictators, drugs, and rogue CIA agents. Many things explode in a film our writer termed a “gutsy love letter to the undying romance between man and machine gun.”

In Glee creator Ryan Murphy’s loyal adaptation of Elizabeth Gilbert’s best-selling memoir, Julia Roberts plays a magazine writer who hates her marriage, job, and life so much that she chucks it all and spends a year living in Italy, India, and Bali. Will she find love and/or fulfillment? Our critic wasn’t so crazy about the story — “It can be a Chicken Soup for the Restless Wanderer’s Soul, a manifesto condensed into one gorgeously photographed two-hour-and-thirteen-minute escape” — but was ultimately won over by Roberts’s performance, which helped create an ultimately “satisfying drama.”

In 2009,
Joaquin Phoenix started growing a beard, talking about retiring from
acting to become a rapper, and generally acting like he’d gone off the
deep end. Casey Affleck’s directorial debut follows Phoenix through that
transformation in a film that seems part Andy Kaufman- or Borat-like
put-on and part personal revelation. Our scribe thought it a “never less
than entertaining” film that, unlike too many overly controlled
documentaries, had the “good sense to leave its chaos be.”

The Disappearance of Alice Creed

Though its name suggests something else entirely, this “taut British crime thriller” stars the incomparable Eddie Marsan as one half of a
kidnapping team who takes Alice Creed (Gemma Arterton) in order to get
some ransom money out of her wealthy father. We were impressed by a film
that was essentially a three-person “chamber drama” but still managed
to reach a “higher level of dramatic and character complexity than
nearly every grand-scale thriller this year.”

Harlan: In the Shadow of Jew Suess

While not as famous as Leni Riefenstahl, Veit Harlan was one of the most popular filmmakers of the Nazi era. This documentary explores the legacy left by his work, particularly the still-banned anti-Semitic atrocity Jew Süss (something like Nazi Germany’s Birth of a Nation), both
on history and on members of Harlan’s family. Our writer liked that the
film didn’t “spend time denouncing its subject, preferring to let the
numerous clips of his films and his children’s devastating rhetoric do
that job.”

In Rob
Reiner’s adaptation of this children’s novel, two 13-year-olds
tell the story of their sweetheart courtship, and to say that the
results aren’t exactly inspiring represents the least of the film’s problems.
Our writer appreciated the film’s playfulness and noted that it wasn’t
“utter hackwork” (not a ringing endorsement) but ultimately termed it a “slice of life told in a sitcom language that Reiner used to have a
knack for avoiding.”