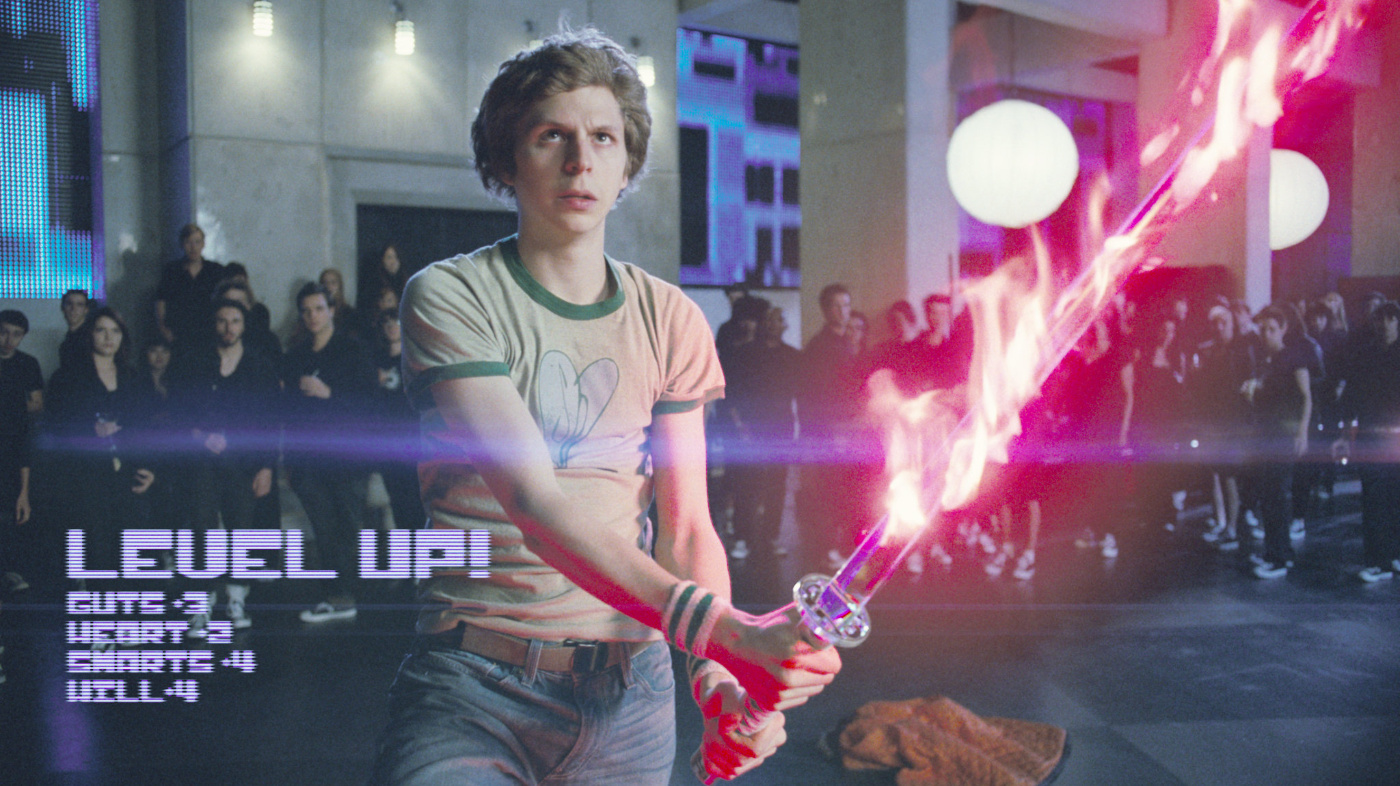 While Michael Cera engages in epic combat to win his beloved’s heart in Scott Pilgrim vs. the World, Willem Dafoe confronts the heart of existential evil and talking animals in Lars von Trier’s harrowing Antichrist. These films and more are coming to DVD and Blu-ray this week.

Scott Pilgrim vs. the World

Based on a popular series of young-adult graphic novels, this spunky romantic comedy from the director of Shaun of the Dead pits a lovelorn Canadian lad (Michael Cera) against seven evil exes for the hand of the girl of his dreams. The film’s mix of geeky video-game signifying and indie-rock cred won the heart of our admittedly “curmudgeonly” critic, who raved, “It stands as one of 2010’s very best.”

In the newest would-be outrage from Lars von Trier, Willem Dafoe and Charlotte Gainsbourg play a married couple, despairing over the death of their child, who repair to a cabin in the woods, where they confront horror and madness. Amid the bloody violence, over-the-top symbolism, and graphic sex that resembles an “NC-17 Zales commercial,” our critic concluded, the result is a visually striking “mixed bag that is neither a dismissible failure nor a cinematic success.”

Director Tamra Davis was a close friend of Jean-Michel Basquiat, the daring, controversial hero of the downtown Manhattan art scene in the early eighties, and she built this emotive documentary about the artist around an interview she shot with him not long before his death. Our critic thought, “Davis wisely fills us in on the artist’s quirks and his unique view, which gives her film a potent grace.”

Adam Sandler, Chris Rock, Rob Schneider, David Spade, and Kevin James are all in this film, but our critic wasn’t impressed by the roster of comedic A- and B-listers. “While it doesn’t strike the abysmal depths of Sandler’s worst films,” he writes, “it fails to provide a single reason to justify its existence.”

There isn’t much of a story in this family-film compilation of Beverly Cleary’s episodic, evergreen stories about 9-year-old Ramona and her teenage sister, Beezus, and that’s perfectly fine with our writer, who thought its meandering tales “presented completely without cynicism or judgment” and its sense of joy “infectious.”

Zac Efron sometimes stars in films where he doesn’t sing. This film makes the case for why that should perhaps happen less often. Our writer appreciated Efron’s efforts in this curious young-adult tearjerker but found him overwhelmed by a “bizarre combination of sailing, sibling relationships, supernatural powers, restless spirits, and a St. Jude medallion cherished by the least effective paramedic in moviemaking history.”