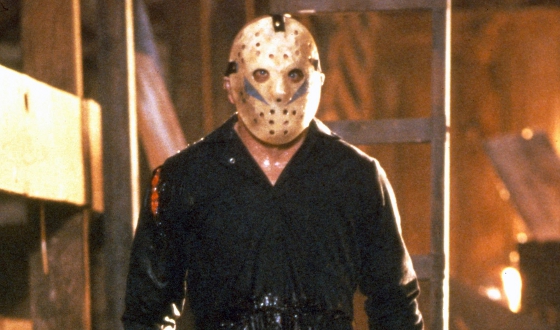 You’d think a horror franchise that’s run for three decades would run out of plots, kills, and thrills. After all, there are only so many ways a masked killer can kill some teenagers, right? The Friday the 13th franchise proves different, as it seems the series would’ve run out of steam (and material) a long while ago. But the adventures of killing machine Jason Voorhees aren’t bound by the conventions governing most movies — such as the need for star actors, name directors, and Oscar-bait plotlines. More than any other horror series, Friday the 13th is all about the kills, and whoever is at the helm of the franchise at any given moment has proved there’s a never-ending supply of people for Jason to kill, places to kill them, and ways to get his job done. So aside from the original flick (which is obviously the best), which sequel in the franchise really kills it? Here are the top ten:

9. Friday the 13th: A New Beginning
Jason’s first major resurrection (I’ll get to the misleading manner of his death in a moment) came off well. At the height of Jason’s popularity, he’d been killed, or so audiences thought. So it’s obviously a relief to horror fans everywhere when he comes back to kill, kill, and kill again.

8. Jason Goes to Hell: The Final Friday
Jason’s had more final go-rounds than Brett Favre. In his second “final” movie, the ending kind of spoils the fun. Why? Sadly, we don’t get to see Jason fighting his way through hell, which could have been a fun time at the movies. Instead, Jason does what he always does — stabs people — until finally being sucked to hell by the souls of all of his past victims. It’s fun as ever — but Jason Goes to Hell loses points for what might have been.

7. Jason Lives: Friday the 13th Part VI
In correcting some of the mistakes made in A New Beginning, Part VI starts with a slight leg up. As the title suggests, Jason was brought back to life. How’d the killer get resurrected? Why, lightning hit a downed chain-link fence that fell on Jason’s grave, of course. Science! This begins the aforementioned fun plotlines that have kept the series going for decades.

6. Friday the 13th Part VII: The New Blood
What elevates this late entry in the series? The introduction of Kane Hodder as Jason. The hulking stuntman is the only actor to play the role of Jason more than once, and his menacing presence has become as iconic as the hockey mask and the machete. Despite Hodder, The New Blood checks in at No. 7 thanks to poor timing: Part VII was released too late to have the sheer novelty of earlier flicks and before the series really began to innovate with outlandish, and surprisingly effective, plots.

5. Friday the 13th Part III
Here’s a fun fact: this is actually the movie where Jason’s iconic hockey mask was introduced. The man so murderous that he needs only one name wasn’t even in the original. In Part 2, he wore a burlap sack. This movie made horror history by introducing the classic Detroit Red Wings mask, something we’re sure the hockey franchise is pleased about. The mask alone is enough to land Part III in the upper half of the rankings.

4. Friday the 13th Part 2
The series, as most viewers would recognize it, starts here in earnest, introducing (or reintroducing) Jason Voorhees as the main antagonist. The first sequel contains moments, like Jason raising his knife to kill Vicky (Lauren-Marie Taylor) and Jason crashing through a window, that have become horror lore. All in all, Part 2, while lacking the originality of its predecessor and the fun kitsch of Jason in space, is a truly scary slasher flick.

3. Jason X
Eventually, every horror franchise has to end up in space, right? More a parody of the series than an actual entry, Jason X still manages to contain serious amounts of fun, as a reanimated Jason gets infected with invincible nano-bots and terrorizes a space station. In space, no one can hear you scream — unless Jason is stabbing you with a machete.

2. Friday the 13th
There’s some confusion in the title here, which implies a reboot of the original 1980 flick, when in fact the movie is a remake of Friday the 13th Part 2 (1981), as it takes place years after the original. Nevertheless, the 2009 version added modern filming techniques, removed the budgetary constraints of the eighties, and introduced a whole new generation of fans to a killer who haunted their parents’ dreams. Plus without this movie how would we ever know that Jason has Olympic-level aim with a bow and arrow?

1. Freddy vs. Jason
It may not be true to the tone of the main series, but the WWE-style match-up between horror icons Jason and Freddy Krueger is an over-the-top blast of action, as A Nightmare on Elm Street‘s villain competes with Jason to see who can kill more nubile youngsters. Strangely, Jason is almost the hero of the movie — or at least he’s slightly less murderous than Freddy — but don’t worry: he gets a few big-time kills in himself.