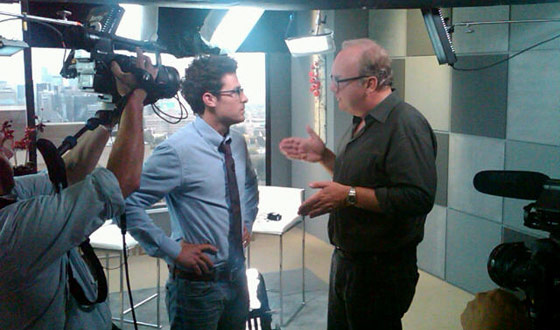 Team AMC News is back home in the United States after a hectic TIFF 2010. Our vantage point at the festival, both on the streets and high above the city from our penthouse studio in The Four Seasons hotel, was hard to beat. We saw lots of films and interviewed lots of filmmakers and actors — and I found out lots of interesting things that I didn’t have any idea about before I got there. Here are some of the interesting backstories to the movies you’ll see us covering in the days ahead.