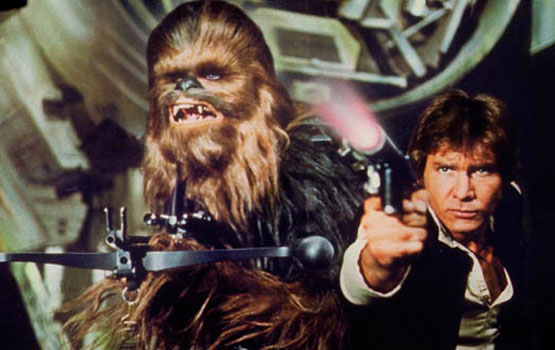 Oy, been back from Australia
for nearly a week and I’m still jet-lagged and groggy. So naturally it’s a
perfect time to handle a deep and existential question that has come into my
mailbox:

Whoa, dude. I’m suddenly
back in my college dorm room, with the black light on, listening to Dark Side
of the Moon. That’s, like, heavy, man.

But it’s also an interesting
question, although, as with so many things, we have to define our terms.
“Changing the world” is a highly fungible phrase, since, if you want to get
really pedantic, any action changes the world, although generally in a
highly trivial or specific manner, the effects of which may not be obvious. For
example, the film The Adventures of Pluto Nash is not generally considered to
be a world-changing science-fiction film. But it did lose about $100 million of
movie studio Warner Brothers’ money, and that almost certainly did have
consequences. For example, director Ron Underwood, who had previously helmed
the hits Tremors and City Slickers, hasn’t made a major movie since Pluto, nor
has screenwriter Neil Cuthbert. Would the world be different if Pluto hadn’t
cratered and Underwood and Cuthbert had other movies out there? Well, at the
very least, their worlds would be different. In any event, every action has a
reaction, no matter how small. But let’s talk about films that really changed the world.

The common use of “changed the world” implies that the world as most
people know has been altered in a substantial and nontrivial way: the
Nazi invasion of Poland in 1939, as an obvious example, qualifies as a
world-changing event, as do the atomic-bomb drops on Hiroshima and Nagasaki. The
moon landings were world changers. (Changers of two worlds, actually.) On a rather
lesser scale, you could argue that the Beatles appearing on The Ed
Sullivan Show changed the world, as did the release of Snow White and the Seven
Dwarfs, the world’s first full-length animated film (and, when adjusted for
inflation, still one of the top ten film releases of all time).

I don’t think that there’s any film, much less a science-fiction film, that
has ever had the same world-changing qualities as the moon landing. As much as
I love film and the stories it tells, it doesn’t reach the level of a man
leaving the planet and stepping foot on another world. But certainly it’s
possible for a science-fiction film to have the same level of cultural impact
as the Beatles or Snow White.

And, in fact, I can think of two off the top of my head. The first was the very
first science-fiction film: Le Voyage dans la lune (A Trip to the Moon), created in 1902 by Georges Méliès. This fourteen-minute film literally set the
template for science-fiction spectacles — heavy on effects and adventure,
light on story and sense — that is, for better or worse, still employed today.
But beyond that, it woke up both filmmakers and audiences to the magical
possibilities of film as a medium and the fact that one could do in film,
through effects and effort, what had previously been achievable only in imagination. Over a hundred years on, Le Voyage is delightfully quaint, but at the time
audiences were saying, “I’ve never seen that before.” That’s a world changer.

The second is Star Wars, although not for anything that’s on
the screen. Despite its awesome technical freshness and innovation
and the fact that Star Wars was a fun film at a time when science-fiction films had
generally gone off the dystopian deep end, everything that Star Wars is is
begged, borrowed, or stolen from other films, starting with those of Méliès, moving on to the Flash Gordon serials, and ending up with Akira Kurosawa’s. In that regard, Star Wars is a synthetic rather than an original masterpiece.

No, the way Star Wars changed the world was
in how the film and its series,
through extraordinarily savvy marketing (particularly to children and
nerds),
found its way into nearly every possible nook and cranny of our culture to an
extent that it’s very nearly impossible to avoid. There have been other
massively popular films and other films with an extensive reach into
common culture, but none with the same relentless pervasiveness as the Star
Wars films. Likewise, the Star Wars films and their creator, George Lucas,
have had a
huge impact on nearly every aspect of filmmaking, from how sound and
visual
effects are produced to how film studios package and promote films to
how
theaters themselves exhibit those films.

Bluntly put, if Lucas had been hit by a car the day after he
finished American Graffiti and Star Wars had never been made, the cultural and cinematic world we live
in would be vastly different, so much so that it’s a little hard to imagine what
it would be like. Would it be better or worse? That’s a matter of personal
taste. But it’s a simple fact that Star Wars changed the
world.