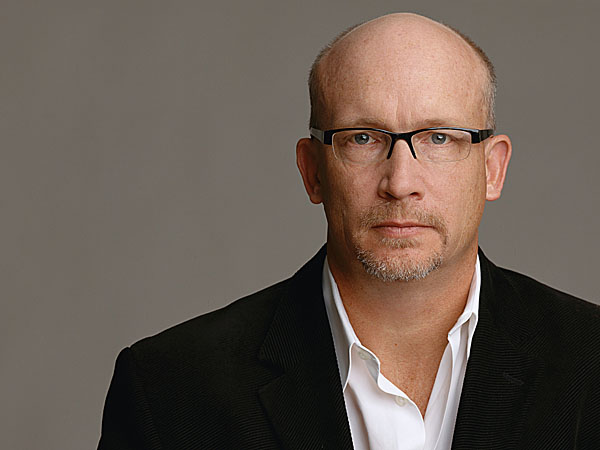 Enron. Eliot Spitzer. Jack Abramoff. Guantánamo Bay. Filmmaker Alex Gibney has shredded some massive — and massively corrupt — targets in his Oscar-winning documentaries. Yet none were as large, literally speaking, as the sumo wrestlers Gibney takes to task in his portion of Freakonomics, a multipart adaptation of the best-selling nonfiction book. With Freakonomics opening in theaters and Gibney’s Casino Jack and the United States of Money hitting DVD shelves, we phoned the director and discussed Kevin Spacey, Lance Armstrong, and the curse that plagues the Chicago Cubs.

A: Right, except I don’t do the teachers. [Laughs] I just do the sumo wrestlers, because I found that story, itself, to be really interesting and that’s what I wanted to deal with. Plus I had plenty of material to do a segment just dealing with that. Like the book, I was interested in cheating, but I was also interested in the idea of how the illusion of purity is what allows corruption to take place. In sumo, you have an illusion of purity. It’s just like Wall Street, where they have created a false sense of respectability. That not only gives you the cover to cheat, but it also gives you almost a precondition. You can’t really cheat well without it.

Q: How did you get former New York governor Eliot Spitzer to sit down for those painfully honest one-on-one interviews in your upcoming documentary, Client 9?

A: Well, you know, I asked. [Laughs] I got in touch with him and with
people who knew him. And my collaborator on that film, Peter Elkind,
wrote a book about the whole incident. We were helping each other and
working on our projects simultaneously. So over time I convinced
Spitzer that, because I was going to do the movie anyway, it might be in
his interest to give his side of the story, which he finally was willing
to do. And I sat down at length with him.

Q: What do you think about the new film Casino Jack, with Kevin Spacey playing corrupt lobbyist Jack Abramoff?

A: You know, I have kind of a quippy line. But I don’t want to
comment on another director’s work. I will say that I thought Spacey was
very good, but there is a complexity and a darker side to Jack Abramoff
that I think [my documentary] captures a little more effectively.

Q: Is it true you are putting cyclist Lance Armstrong under the microscope next?

A: I am. I’m just finishing quite a long film about him.

Q: Does it dive into the doping allegations leveled against him?

A: It does deal with them. Not the more current ones. My brief was to
follow him on his first comeback year, of 2009, and that’s exactly what I
did. We flash back a lot. That will come out next year.

Q: And are you also contributing an installment to ESPN’s 30 for 30 series?

A: I am. And I’m very familiar with that model because I produced
something that’s very similar to that, which was a series of films
called The Blues. It was executive produced by Martin Scorsese.
Marty’s conception was, “Let’s get feature-film directors to do films
about the blues, but they’ll all be wildly different.” And that’s one of
the things that I think is great about what ESPN is doing. It’s that
personal touch of each one of these filmmakers that’s so [vital]. I
think it’s great.

Q: And what is yours about?

A: [Former Red Sox first baseman] Bill Buckner and [Chicago Cubs fan] Steve Bartman. It’s called Catching Hell.
I’m a Red Sox fan, and I became interested in this topic as a result of
the Bartman incident, where he interfered with a foul ball during an
important Cubs playoff game. It seemed like it was an eerie replay of
what happened to Buckner in 1986. There was a horrible collapse on
the doorstep of victory. I don’t know if Bucker’s life was ruined, but
it was kind of a living hell for him for some time. And it was something
he could not escape. I mean, he had a Hall of Fame career. He won a
batting title. He had more hits than Ted Williams and Joe DiMaggio. And
yet he’s only remembered for one thing. That was a bitter blow. And
Steve Bartman is just a fan. But somehow he took all the blame, even
though there are many other people to more rightly blame for the
Cubs’ collapse. What’s interesting to me about it is that the enthusiasm of
the fan turns into a very dark place, particularly for these two cities
that had gone so long — well, the Red Sox have since won a World Series,
but the Cubs are still there — without winning. It eats away at
people. In the good times, it makes for wonderful enthusiasm, but in the
bad times it really leads to a pretty dark place.