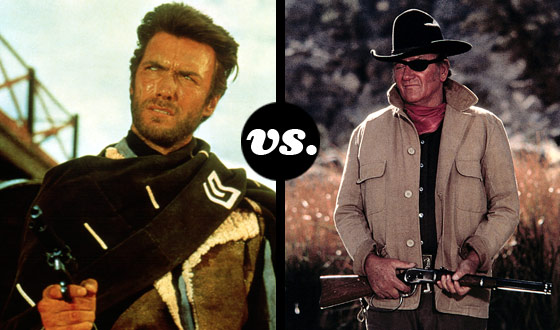 Gird your ten-gallon hats, ladies and gents, because this tournament is about to get gritty. Whatever heroism you think you’ve seen on the big screen pales in comparison to the conduct of these worthy Western warriors. They’ve got the honor and discipline of Buddhist monks, combined with the backbone needed to fight the West’s nastiest criminals. They’re the earliest civil activists (Robert Duvall, Kevin Costner) and the original one-man border patrols (Tommy Lee Jones, Kurt Russell). And some of them are just plain heroic and a little bit frightening (Clint Eastwood, John Wayne). All are noble, gutsy, and just a little — okay, sometimes very — disdainful of authority. Which hero’s draw is quick enough to survive against the best of the West?