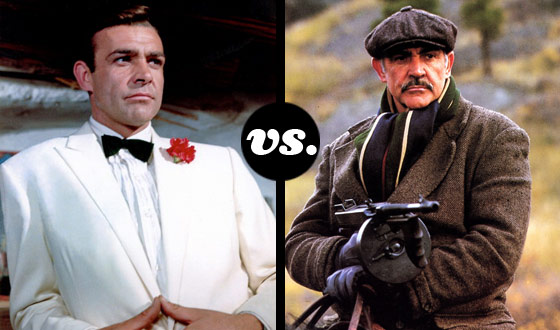 Sean Connery may have disappeared from the public eye, but it’s impossible to forget him. Over a career spanning a half-century, he’s played more than his fair share of memorable characters, and, surprise, just like the Scottish rogue himself, most of them are tough guys. There’s Bond, of course, a spy so badass he needs no further explanation. But there’s so much more to Connery: the morally incorruptible cop who’s handy with a tommy gun (The Untouchables), the immortal swordsman (Highlander), and another superagent or two (The Rock and The League of Extraordinary Gentlemen). So what happens when Connery’s legendary tough guys collide? Who will be left standing when the dust settles?