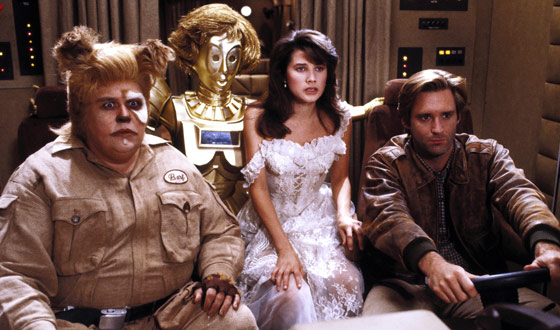 If you went to the movies a lot during the eighties, chances are you saw plenty of misfit teens, time-traveling cyborgs, and unlikely buddy cops. Odds are you also saw at least one movie making fun of them. The eighties were, if nothing else, a time when Hollywood really learned it could laugh at itself for fun and for profit. So which eighties spoof has kept you laughing hardest?

2. This Is Spinal Tap – Christopher Guest spawned a whole new genre of spoofs with this oft-quoted and imitated mockumentary satirizing heavy-metal bands.

1. Airplane! – Leslie Nielsen got a major career boost from this spoof of airplane-disaster movies, including Airport and Zero Hour.