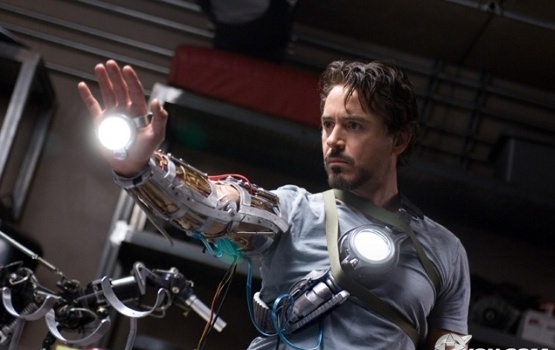 With Iron Man 2 on its way to theaters, audiences are psyched to spend more time with the smoothest, suavest superhero to hit the big screen in ages. While we love Batman’s brooding and Peter Parker’s neuroses, it’s a thrill to watch a confident, self-assured hero battle evil, get the girl, and save the day all with a sly wink and a smile. Marvel and the director Jon Favreau hit on the perfect combination of heroics and easygoing James Bond-ian charm with the Iron Man franchise. (It helps that Robert Downey Jr. could read the phone book on camera and audiences would swoon.)

So is Tony Stark the suavest superhero of all time? Can he measure up to the likes of Bruce Wayne, Wolverine, and Doc Savage? Take a look at the list below (ranked with the patented Suave-o-Meter) and see how your favorites fare.

Basil St. John (Timothy Dalton), Brenda Starr
Before he was Bond, Dalton starred opposite Brooke Shields (she was a movie star once a upon a time, kids) in one of the worst movies of all time. (Brenda is a comic-strip heroine literally come to life, though Shields plays her like a Valley Girl at the mall.) Dalton’s Basil romances ditzy Brenda Starr, ace reporter for the New York Flash, assisting in her quest to stop some Russians or Nazis or something, between lavish costume changes. Basil rocks a sweet eye patch, and Dalton is pretty smooth, even when surrounded by the cheapest looking Amazon-jungle set in movie history. Still, we know Bond, and Basil is no Bond.
Suave-o-Meter: 3

Bruce Wayne (Christian Bale), The Dark Knight
Living the bon vivant bachelor lifestyle is merely a cover for Wayne, but in The Dark Knight the orphaned rich kid has perfected his glitzy, pampered facade. (Arriving to his own charity event in a helicopter with models on each arm is a move straight out of the Tony Stark playbook.) Not to mention that Bruce’s wild public persona actually helps Batman’s war on crime: when he needs a cover to get into Hong Kong to nab mob banker Lau, Bruce absconds to the high seas with the lovely ladies of the Gotham ballet. Still, since his slick demeanor is a complete hoax, Bruce gets knocked down a few slots. Please don’t punch me, Bats.
Suave-o-Meter: 8

Doc Savage (Ron Ely), Doc Savage: The Man of Bronze
As Doc, Ely’s eyes literally twinkle when he first appears onscreen. Doc is supersmart and strong, with a sweet snowmobile and a Fortress of Solitude (similar to Superman’s, but with more shag carpeting), conveniently located in the Arctic. George Pal’s 1975 camp-fest is highly entertaining for all the wrong reasons, thanks to Ely’s Ken-doll performance. (His shirtless scenes only add to the cheese factor.) What other pulp superhero gets his name sung in his own theme song? (“Who will make crime disappear? Doc Savage!”)
Suave-o-Meter: 4

Cliff Secord (Bill Campbell), The Rocketeer
Whether punching out Nazis or romancing a young Jennifer Connelly, Cliff is the perfect all-American square-jawed hero. Sure, he’s a bit of a small-town boy, sticking out like a sore thumb at girlfriend Jenny’s swanky Hollywood shindigs. But once he gets a handle on his sweet jet pack, he’s a zippy, wisecracking hero from a simpler time. And though he can’t measure up to villainous matinee idol Neville Sinclair (Timothy Dalton, again) on the dashing scale, Cliff will always be a hero to fans of throwback action serials (and sharp haircuts).
Suave-o-Meter: 6

Lamont Cranston (Alec Baldwin), The Shadow
By night, he’s the scourge of the underworld. By day, he’s a wealthy gadabout romancing sultry socialite Margo Lane in the glitzy hot spots of thirties Art Deco New York City. (With a name like Lamont Cranston, you kind of have to live the life of a flamboyant playboy.) While Baldwin (in his more svelte days) makes for a believable man-about-town, as an action hero he’s in desperate need of a lozenge. (And that fake nose is rather distracting.) Looking for a suave, sophisticated Lamont for the upcoming Shadow reboot? May I suggest Mad Men‘s own Jon Hamm?
Suave-o-Meter: 5

Tony Stark (Robert Downey Jr.), Iron Man
Prior to becoming a superhero, Stark lived the billionaire life of parties, babes, and cool cars. After becoming Iron Man — well, he still lives the fast life, but with more social conscience. Whether driving race cars, arriving (in costume!) to a lavish party, teaming up with the sultry Black Widow, or bantering with trusty assistant Pepper Potts while diving from a plane, Stark makes the superhero stuff look easy. A superhero for the flashy Internet age, Stark shows us what would happen if George Clooney put on a costume and battled super-villains. And you have to admire any hero who has his own cheerleaders.
Suave-o-Meter: 10

Wolverine (Hugh Jackman), X-Men Origins: Wolverine
Ladies love a mystery man, and Wolverine’s past has enough twists and turns to fill an entire season of Law & Order. His gruff charm works on the likes of Jean Grey and Silver Fox, though he’s less the love-’em-and-leave-’em type than the love-’em-and-get-’em-killed sort. Wolvie is every cigar-chomping guy’s guy (who also happens to be a 100-year-old mutant). As awesome as he is, I have to dock Wolverine points for his temper (particularly when Cyclops is around). And sorry, Logan — muttonchops went out with the Civil War.
Suave-o-Meter: 7