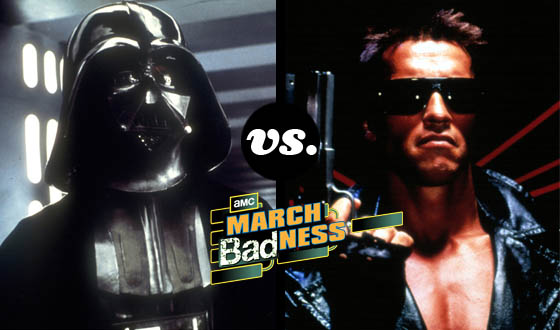 In honor of college basketball’s wildest month and the new season of Breaking Bad (Sundays, 10PM | 9C), we bring you AMC’s March Badness — a four-part tournament series that celebrates the baddest of the bad from your favorite movies. This week, we’re going to the dark side, as the big screen’s baddest scifi boys battle for galactic domination. From evil computer programs (2001: A Space Odyssey‘s HAL, The Matrix‘s Agent Smith) to a certain lightsaber-wiedling Dark Lord of the Sith, they’re all here. But which one has the badness to subjugate the rest? You decide, then defend your picks in the comments.