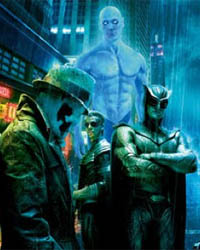 • In the wake of Moon not being nominated for best picture, io9 lists the ten worst scifi snubs in Oscar history.

• M. Night Shyamalan’s The Last Airbender got a preview screening, but the reviews were pretty mixed.

• With DC Comics being restructured into DC Entertainment, the previously sacrosanct Watchmen now looks likely to get a sequel.

• District 9’s married writer/director couple are looking at stone monsters and gritty worlds for their next projects.

• A fantastic Flickr gallery of strange shots from foreign sci-fi flicks most of us have never seen.