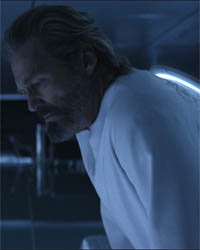 • Rupert Murdoch says that Fox is already in negotiations with James Cameron for Avatar 2.

• With little less than a week until the game’s release, the underwater scifi sequel Bioshock 2 gets a great trailer.

• SciFi Wire lists 35 things you probably didn’t know about James Cameron. Who knew he was gay and half-robot?

• This looks really great: I, Frankenstein, a film noir adaptation of the first scifi novel ever.