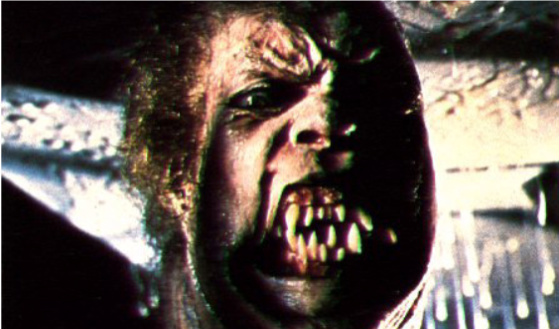 Remakes are so de rigeur in today’s Hollywood that it almost feels as though every movie you love will redone if you only give it enough time. So it’s hardly a surprise that John Carpenter’s essential, overwhelmingly beloved monster flick The Thing is next in line. The question is whether that makes the news any easier to stomach.

Back in 2006, when the project was announced, fans were irate. Irate! Here’s just a sampling of the comments that flooded Bloody-Disgusting when the blog posted the news: “For the love of all that is horror holy….WHY WHY WHY WHY WHY?” “How can you remake a perfect film?” “A remake of a remake. This is just sad.” “All hope is lost…”

For the people in the back, that means they were none too happy about it. So, now that looks as though The Thing is about to start shooting, have attitudes? Glad you asked!

Naturally, the folks over at The Thing fansite Outpost #31 have been monitoring the situation closely. When it was announced in November ’06 that Battlestar Galactica producer Ronald D. Moore would be writing the script, they grew understandably concerned. After pointing out that that reboot is known as GINO (Galactica in Name Only), a reader named Cosmic Jazz dismissed the project: “And this is the guy who is writing the remake. God help us all.” Another paraphrased Ellen Ripley. “I say we take off and nuke Ronald Moore from orbit – it’s the only way to make sure…” In the name of fairness, this might be the place to point out that the original Battlestar Galactica was notoriously cheesy, while the modern-day version was acclaimed as one of the best sci-fi shows on television. But you get between an enraged fan and his argument at your own peril.

So far, not so good! But when producers started confirming that it would indeed be a prequel (not some sort of “companion piece,” as previously announced), fans started warming to the idea. FirstShowing was cautiously optimistic, saying, “For reasons I can’t exactly explain, this sounds pretty badass and I’ll admit that I’m genuinely excited to see this movie come together in this way.” Meanwhile, over at FilmSchoolRejects, the news raised more questions than it answered. “Do we need a whole movie to show us what The Thing already told us?, the blogger asked, “Will the dialog be in Norwegian, since that’s the language spoken by the guys chasing the dog in the beginning of the movie?” And that was just the beginning.

Fast forward to March 2009, when it was announced that the script was getting rewritten. Bloody-Disgusting was pleased: “We’re pretty excited to see how it turns out. The original screenplay for The Thing prequel definitely needed some work.” FilmJunk wasn’t so sure, musing that, “The most intriguing part of the project is the fact that it was written by Ronald D. Moore of Battlestar Galactica fame, which means it could either be really clever and cool or really cheesy and melodramatic!,” before asking, “did The Thing prequel just lose the one thing it had going for it?”

Most in the movie blogosphere adopted a wait-and-see pose, and with the recent announcement that filming could start as soon as March, the long-awaited hour may finally be approaching. First, SpoilerTV posted a leaked casting sheet that provided some of the firmest plot details yet. The MTV Movies Blog responded with a bitter post titled, “Casting Breakdowns For the Thing Are Very Uninspiring.” You can imagine where it goes from there. “The casting call for Matthijs Van Heijningen’s prequel to John Carpenter’s The Thing reveals plenty about the main characters and spills major plot points,” moaned io9. “And the information is a lot less pleasing than an upside-down-head spider.” They went on to predict that the movie would likely end up being a “half-pleasant airplane movie.”

Yikes! Expect more frenzied speculation when casting is announced or ferreted out by sly moles. In the meantime, what are your thoughts, readers? Will this one go the way of Star Trek or the much reviled Wicker Man?