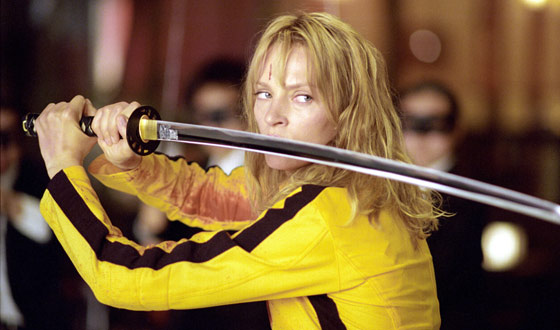 It doesn’t matter whether you’re taking on a corrupt sheriff or fighting a pack of man-eating zombies… If you want something done right, you’re better off doing it yourself. This list of the Top One-Man Armies shows how some renegades take that lesson to heart with a vengeance.

10. Jason Bourne (Matt Damon), The Bourne Identity (2002): He can, and does, kill with household items: Towels, candlesticks, vodka and even a rolled-up magazine.

9. Paul Kersey (Charles Bronson), Death Wish (1974): Thugs kill his wife and daughter, so this New Yorker learns its better to speak softly and carry … a lot of ammo.

8. The Bride (Uma Thurman), Kill Bill (2003): The most famous element of this spaghetti Western-samurai flick may have been the Bride’s yellow tracksuit, but she’s no coward.

7. Col. Braddock (Chuck Norris), Missing in Action (1984): Maybe the only army of one whose sequel came first. Parts I and II were filmed together and Braddock’s latter heroics were released first.

6. Ash (Bruce Campbell), Army of Darkness (1992): This one-man army has the difficult job of killing people who are already dead. In fact, it took him three movies to kick all that zombie butt.

5. Lee (Bruce Lee), Enter the Dragon (1973): This one-man army performed fights so dangerous, he was cut with a broken bottle, suffered a snakebite and broke a few bones during filming.

3. Maximus (Russell Crowe), Gladiator (2000): Both the crowd-pleasing character and the Oscar-winning actor who plays him have had quite a few rumbles in their day.

2. Max (Mel Gibson), Mad Max (1979): This one-man army needed only a souped-up muscle car, a sawed-off shotgun and an accent so thick, it had to dubbed over for Americans.

1. John McClane (Bruce Willis), Die Hard (1988):: Hard to believe that it’s 18 minutes before the first gun is fired in this flick that turned a sitcom wiseguy into a killing machine.

Want to rank these (and ten other) one-man armies?