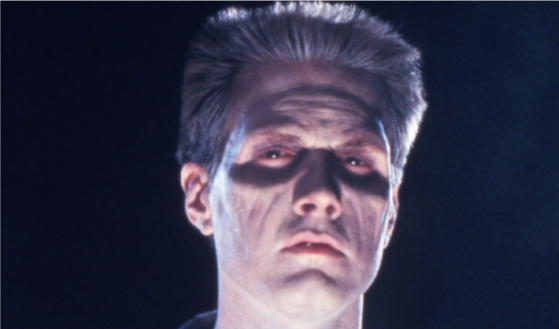 The Internet has brought out the best in the horror movie community, and by “brought out the best,” I of course mean, “given us a platform on which to argue incessantly.” Film nerds are generally a passionate bunch, but horror film nerds take it to the next level: We eat, drink and sleep the scary stuff. We watch the movies, wear the T-shirts, frame the posters, display the toys and attend the conventions. Horror isn’t just a hobby — it’s a lifestyle.

So it goes without saying that horror fans have strong opinions about everything genre related, and folks sure do love a good debatin’. One of the more persistent arguments of recent the years concerns the nature of the zombie movie. What makes a “true” zombie — “true” in this case meaning Romero-esque, not folkloric voodoo zombies. First and foremost, I think they need to be reanimated dead people: No matter what brings you back or what you do after you return, you gotta die to be a zombie. Which leaves a slew of zombie-flavored movies missing that critical feature. This doesn’t mean there’s no place in my heart for the “not zombie” — only that it doesn’t have a proper name.

Are you confused? Don’t be: Here are ten “not-zombie” movies worth your time… OK, it’s nine worth your time and one merely worth mentioning, but the point is that after you’ve seen them, you’ll understand.

Planet Terror (2007)
If I were one of those critics who wants nothing more than to see words on movie posters, I might call Planet Terror a “gooey, rollicking, frighteningly good time!” And trite and quote-whorish as it may sound, that’s a good way to describe the Robert Rodriguez half of Grindhouse. A biological weapon (in the form of a green gas, natch) is released into the air; pus-oozing, flesh-eating humans ensue. Who cares if they’re not undead when their antics are such gory, colorful fun?

The Signal (2007)
A mysterious signal transmitted via telephone, television and radio causes people to turn into psychotic wackadoos (I’m sure there’s a Miley Cyrus joke in there somewhere). What really sets The Signal apart is its unusual story structure: The narrative unfolds over three segments, each with a different tone and shot by a different director.

The Children (1980)
This low-budget cult favorite proves what science has always known: If you drive a school bus full of kids through a cloud of toxic yellow gas, they will be transformed into little murder machines. These murder machines walk like zombies, but have black fingernails and the power to burn you with a mere touch. Not like the zombie children back in my day, who had to make do with simply eating their victims. Harrumph

Day of the Dead (2008)
Remember how I said this list would feature one stinker? This is it: Day of the Dead ’08, a reimagining of George Romero’s 1985 classic military vs. the undead actioner, should have been good. After all, in 2004 Zach Snyder took Romero’s Dawn of the Dead and gave audiences something fun and fresh. Unfortunately, genre vet Steve Miner couldn’t do the same and the result is an uninspired, hokey disaster in which the infected turn into zombies but conveniently skip that whole “dying” business.

Night of the Creeps (1986)
I’ve already given you ten reasons why Fred Dekker’s flick rules in a previous column. But in case you’re still not convinced, I’m mentioning it again here: Space slugs go around attacking the local populace, laying eggs inside their victims. While these eggs incubate, the hosts are turned into quasi-zombies…see? It rules in so many ways.

[REC] (2007) / Quarantine (2008)
[REC] is a found-footage/POV-style Spanish film that came out of nowhere to give audiences a horrifying jolt; its underground success led to the inevitable Hollywood remake. While the original is by far the superior movie, Quarantine at least doesn’t tinker much with the simple formula: A reporter/cameraman team heads to an apartment building with a rescue crew responding to reports of an elderly woman who’s off her nut. The building gets locked down as a rabies-like infection rips through the residents, making homicidal maniacs out of everyone.

The Crazies (1973)
What happens when the master of the zombie film makes a “not zombie”-zombie movie (man, we really gotta come up with a name for this subgenre…)? You get The Crazies, in which the accidental release of a biological weapon causes people to go… well, crazy. There’s a subtlety to this movie that’s lacking in most of the others on this list- the infected don’t get all gross-looking or go “Grrrrr-aarr!” The change is gradual and they still largely look like us — in other words, anyone could be a crazy. That’s one frightening thought, since it’s always comforting to know the monsters from the regular folk. The inevitable remake is on the way, and it’ll be interesting to see how this notion is handled — if it’s handled at all — nearly 40 years later.

Pontypool (2009)
One of the best horror movies of the last decade is this complicated tale of a virus spread through speech. Director Bruce McDonald employs a minimalist approach: The action is confined to virtually one location (a small Canadian radio station) and we hear far more than we see. The result is an incredibly taut piece of filmmaking that deserves a wider audience.

28 Days Later (2002) / 28 Weeks Later (2007)
28 Days Later really kicked off the whole “What makes a zombie a zombie?” debate. The undead hadn’t been seen in the multiplexes in years, and director Danny Boyle’s tale seemed to scratch that crusty itch for the horror crowd. After all, the infected in 28 Days Later went after the living with their teeth bared, and the movie’s story arc followed that of George Romero’s zombie trilogy almost to the letter. As in Night of the Living Dead, our protagonist is suddenly thrust into a world gone zombie-mad. As in Dawn of the Dead, the plucky survivors adjust to life after the outbreak, reveling briefly in the “money’s so before the apocalypse” anarchy… and as in Day of the Dead, the military takes martial law to the extreme, becoming more savage than the savages. The only real difference is that Boyle’s zombies aren’t reanimated corpses; they’re still living, but infected with the “rage virus”.

As this list proves, there’s not much to distinguish the undead zombies of yore from the infected not-zombies of today. I mean, if it walks like a zombie, moans like a zombie and bites like a zombie… what is it? C’mon horror fans, let’s use our Internet powers for good — these creatures and their subgenre deserve a catchier name than “infected” or “not-zombies.” Zomboos? Nombies? Help me out here!