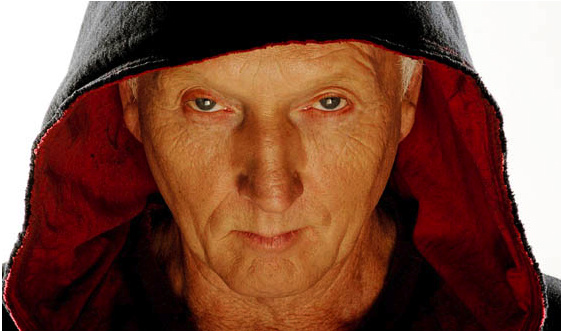 Now, while I’m as down for a gross-out contest as the next guy, this column isn’t about the “yech” kind of gross. It’s about the box office kind: This is a list of the Top Ten highest-grossing monsters of the last decade.

The movies involved didn’t necessarily have to be horror, but they had to have some kind of monster. Human monsters only for slasher and serial-killer flicks, of course, but a scifi flick with a big bad or even — egads — a kids’ movie with a recurring monster could make the cut. It had to have opened between January 2000 and December 2009, and numbers were taken from The Numbers.com. It’s a big list, so let’s get right to it.

10. Alien and Predator (tie): $301,428,013
What? How did these ’80s throwbacks claw their way into new-millennia box-office gold? Why, with tag-team powers that would make the Wonder Twins just sit the eff down, that’s how. Alien vs. Predator and Aliens vs. Predator: Requiem racked up enough dough to land these two classic baddies at number ten. Of course, no monster list is really complete without these cats, so I’m glad to see them walking side-by-side on the red carpet. Not that I want to be at that particular red carpet, mind you. I’m just glad they are.

9. Samara Morgan: $411,035,751
Sure, she needs a haircut and a bath, but man can this dirty girl bring in the box-office heat. That sounds naughtier than it actually is, by the way. The Ring‘s Samara is a video-killing, TV-crawling monster and a serious box-office titan. The Ring (2002) and The Ring Two (2005) were enough to put our favorite VHS lovely on the list.

8. Death: $501,004,291
You just knew this cat had to show up and play the role of the spoiler. Death is, supposedly, the monster in the Final Destination franchise, whose installments have brought in just over a half-billion gross, a massive tally that lends credibility to a franchise that doesn’t get much credit. You can’t argue with money like that, and to be honest, it’s probably not a good idea in general to argue with Death. Especially before he’s had his morning nonfat mocha latte — you know how he gets before he hits Starbucks.

7. Crazy Vampirish Whatevers: $585,055,701
Were they vampires? Were they just dudes with a bad root canals and subsequent bad attitudes? We may never know. What we do know is the swarming, long-toothed wackos of I Am Legend backstopped a massive single-film worldwide gross. No question that over a half-billion is some serious bank. You thought it was because of Will Smith? Aw, hell haw! It’s all about the … uh … vampire-sort-of-whatever dudes.

6. Hannibal Lecter: $637,139,701
Between Hannibal, Red Dragon and Hannibal Rising, our favorite cannibal brought in more money this decade than most countries. Now there’s no arguing he’s a “monster,” because anyone who drinks a nice Chianti with fava beans is clearly an uncultured lout. Please bear in mind, Dear Reader, that this big box-office gross doesn’t even include The Silence of the Lambs (1991) or Manhunter (1986).

5. Jigsaw: $724,943,344
The Saw franchise is the biggest horror franchise ever, and all the installments opened in the 2000s. Jigsaw was a lock to make this list, even if there is some hair-splitting about which particular movies Jigsaw was actually in, but we’ll let that slide. Since it’s the biggest horror franchise of all time, and since it’s all about those wacky traps, we’ll give His Jiggyness full credit for the box-office gross. Three quarters of a billion that sprouted from what was intended to be a straight-to-DVD original? Not bad, Jigs, not bad at all.

4. The Mummy: $830,919,758
Again, perhaps these rollicking big-budget blockbusters aren’t “horror” in the purest sense of the term. But they have a mummy and mummies are horror-movie monsters. It’s just math, people, so you might as well accept it. And this tally is just for The Mummy Returns (2001) and The Mummy: Tomb of the Dragon Emperor (2008). Even without the trilogy’s 1999 original, this monster may as well be wrapped in Franklins.

3. Venom: $890,871,626
Despite the fact that Spider-Man III is probably the weakest of the movies (’cause Spider-Man 2 is the best, hands-down, and I’ll knife-fight anyone who says different), it made the most moolah. Almost $900 million for a single film, and you can can give part of that credit to Venom, Spidey’s black-suited, snarly-faced nemesis. No, Spider Man III is not “horror,” but take one look at Venom opening up that crazy drool-filled maw and tell me that’s not a monster. Go ahead, tell me. I’ll wait.

1. Shrek: $2,203,196,138
Yeah, sorry, but Shrek’s an ogre and you don’t have to be some D&D player to know that ogres are usually bad news. It might be possible to give the cold shoulder to Mike Myers’ kid-friendly franchise if it hadn’t made so damn much money. Seriously: $2.2 billion? And sorry (again) you horror purists, Shrek (whom I did mention is an ogre) was in all three moviess, every one of which was made between 2000 and 2009. Make no mistake, Shrek is the Gro$$e$t Monster of the Decade.

So there you go, Dear Reader, a whup-ass list of gross-ass monsters. Sure, this will get ripped off by another blogger (maybe the one who plagiarized me the last time I did a List of All-Time Top-Grossing Horror Movies — I won’t mention the site, but it rhymes with “Yahoo!”), but you got the goods here first. Here’s to Shrek and the rest. I hope the next decade now has even more bomb-y-ness.

New York Times best-selling author Scott Sigler writes tales of hard-science horror, then gives them away as free audiobooks at www.scottsigler.com. His novel INFECTED was named as Border’s #1 mystery, thriller and horror novel for 2008. His next major hardcover horror/thriller ANCESTOR will be out on May 4, 2010. And you want top-grossing? Scott is the top-grossing Short Bald Dude from Cheboygan Horror Author of all time. That’s right, ALL TIME! So put that in your pipe and smoke it, people