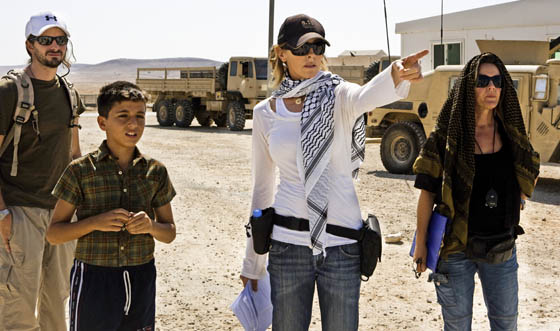 more than a few pundits had placed their bets on Avatar. Also in the ring were Lee Daniels (Precious), Quentin Tarantino (Inglourious Basterds) and Jason Reitman (Up in the Air). In the end, though, Bigelow’s unassuming direction defeated Cameron’s technical wizardry. (Cameron already won a DGA for Titanic, so don’t feel too sorry for him.)

Another big winner for the evening was Mad Men. Director Lesli Linka Glatter walked away with the prize in the Dramatic Series category for her work on the episode, “Guy Walks Into An Advertising Agency.” For a complete list of winners, go here. go to the Directors Guild website.

Musical or Variety Program: Don Mischer (We Are One: The Obama Inaugural Celebration at the Lincoln Memorial)

Daytime Serials: Christopher Goutman (As the World Turns, “Once Upon A Time”)