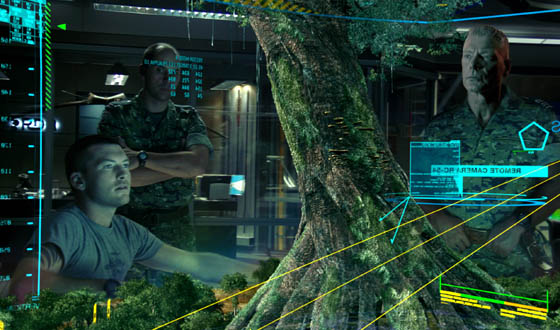 A plea from a friend of mine this week, while we were talking about movies. She said, “please tell me that Avatar’s success doesn’t mean that every movie will be in 3D now.”

I feel her pain. As I’ve noted before, I’m not personally a huge fan of 3D, in part because filmmakers — save James Cameron — still haven’t figured out that when you make a movie in 3D, you can’t make it like a 2D movie and expect people to come away without a headache. This much was obvious to me when I was was subjected to the Piranha 3D trailer before Avatar, which gave me more of a headache in a minute than Avatar gave me in two and a half hours.

But there’s no arguing with success, and even before Avatar raged at the box office Hollywood was gearing up for more 3D productions. It’ll be well-nigh unstoppable now. With that in mind, a few thoughts about our 3D future.

The good news first: Not every movie — or even most — will be in 3D. Because, well, why would they? Let’s look back to the list of movies that were nominated by the Producer’s Guild for its Best Picture award. Ask yourself: What would 3D have brought to Precious? Or Up in the Air? The answer: Not a thing, and indeed a 3D process would have actively distracted from them. Also ask yourself: Is the sort of audience for a movie like Precious clamoring for it to be in 3D? The answer: Really, no.

3D is a special effect, and it’s one that costs extra money at every step of the process: in the filming, post-production and exhibition. Producers are unlikely to want to add costs to a movie that won’t result in a commensurate boost to the box office. So while it is possible that there might be a Northanger Abbey 3D in our collective future, it’s not probable. Indeed, the only British drawing room flick for which 3D might be demanded is the potentially upcoming Pride and Prejudice and Zombies, and I think we can all agree that’s a special case.

So, I expect 3D will remain primarily in the realm of animation — particularly computer animation — where it is already widespread, and in action flicks of whatever stripe (scifi, fantasy, comedy, contemporary, etc.). In both categories, these are the ones most likely to be blockbusters, so I think it’s a definite that the percentage of “big” movies that go 3D is going to go up — and that producers of these sorts of flicks might be more willing to pay out for 3D regardless of what it really adds to the final product. Why? Because 3D adds a boost to the box office, and with blockbusters, winning your opening weekend matters.

How long will this sort of “box office boost” strategy work? Until it doesn’t, and we have our first massive 3D flop on our hands, and producers realize the magic boost has gone away. This sort of thing happens not infrequently in Hollywood; you may recall there was a period of time in which every computer-animated flick seemed to go right to the top in terms of box office. Then came Final Fantasy: The Spirits Within, which settled that particular hash right out. There’s no doubt that in the reasonably near future, a major studio will make a very expensive movie in 3D and that movie will fall flat on its three-dimensional face.

This failure won’t necessarily be because of the 3D process (there are lots of reasons movies fail). But it will be a reminder that 3D is not a license to print money.

The economics and practicality of 3D aside, I do see one potential artistic benefit of the increased use of 3D, and that is the return of the “long cut.” In Avatar, one of the things James Cameron does is keep his images on screen for long periods of time, cutting down the number of times the viewer’s eye has to refocus, and thus cutting down on eye fatigue. Contrast this with the ethos of Michael Bay, in which cuts happens so fast you’ll miss them if you blink. Bay can get away with that in 2D, but if he does it in 3D I pity the poor theater workers who have to mop up all the exploded heads after the show. Fast cuts are a cheap and easy way to amp up the action, but if you know what you’re doing as a director, longer cuts work just fine, too.

Personally, I see this as a big possible plus of the 3D era, so in that respect: Yes! More 3D, please.

Think Avatar is as good as 3D gets? Click here to rank the Top Ten 3D Movies of All Time.

Winner of the Hugo Award and the John W. Campbell Award for Best New Writer, John Scalzi is the author of The Rough Guide to Sci-Fi Movies and the novels Old Man’s War and Zoe’s Tale. He’s also Creative Consultant for the Stargate: Universe television series. His column appears every Thursday.